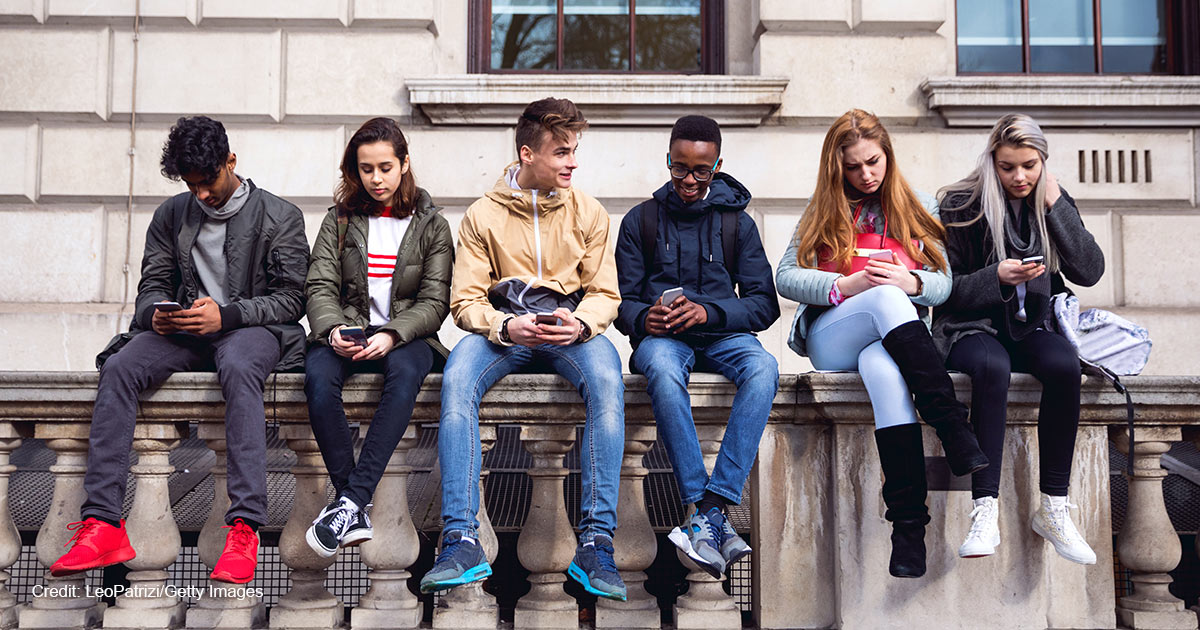 As negative mental health outcomes for young people continue to reach unprecedented levels, many are pointing to the increased use of social media as a main culprit. Experts say that a two-pronged approach of more parental guidance and new laws governing Big Tech companies are needed to combat the problem.

On August 24, the Institute for Family Studies (IFS) released a report recommending “five policy ideas for states” to protect teens from the detrimental mental health effects of social media use. The report noted that the sharp increase in “depression, self-harm, suicide attempts and suicide” among U.S. adolescents between 2011 and 2019 “occurred at the same time social media use moved from optional to virtually mandatory among teens.”

Dr. Jennifer Bauwens, the director of the Center for Family Studies at Family Research Council, has worked extensively as a clinician and has studied the effects of psychological trauma. She agreed that the use of social media plays a substantial part in negative mental health outcomes for teens.

“I think it is certainly one factor,” Bauwens told The Washington Stand. “I don’t think it’s the entire picture, but I think it is one factor. I did like [the report’s proposed legislation], because something has to be done. It is a completely unregulated market, and there should be limitations to free speech, especially when it comes to this age group.”

The IFS report detailed ways that state laws could potentially police the social media use of minors, including age-verification laws, requiring parental consent for minors to open a social media account, mandating full parental access of their kids’ accounts, a complete shutdown of social media platforms at night for children. The report even suggests the admittedly bold possibility of banning all social media for anyone under 18.

Jon Schweppe, the director of Policy for the American Principles Project (APP), has similarly put forward policy proposals that would require social media companies to verify the ages of users before they are able to use a platform. “The Supreme Court has upheld federal restrictions on media companies and broadcasters, requiring them to protect minors from harmful, indecent or exploitative content,” he wrote in June 2020. “Therefore, the same should also certainly hold true for online companies that are primarily mere conduits for the content of their users — and are not media content creators. Those online companies should not be able to use the First Amendment as a shield against this amendment to Section 230 [of the Communications Decency Act], while also using it as a sword to harm children and families.”

Still, some say that enacting new laws is only part of the solution to combatting the problem of social media detrimentally affecting the health of minors, as they point to a renewed focus on empowering parents themselves to monitor their children’s social media use.

“I do think there should be a both/and approach,” Bauwens emphasized. “One of the hurdles that we have to overcome is a lot of times there is a technology gap based on age. Just based on age, younger people are going to know the workarounds better than adults, so there will definitely need to be a lot of education and effort on both sides. I think putting in safeguards is the first line of defense — I liked what they proposed for those under 13.

Bauwens went on to observe the alarmingly rapid increase in explicit sexual material that is being created and shared by teens.

“One thing I noticed with some of the numbers that have to do with sexting — and this is only one area that is problematic in social media — is that when you look at these large-scale meta-analyses from 2018 compared to 2021 … you can see [the increase] in just a matter of a few years,” she told TWS. “Fifteen percent of teenagers sent some kind of graphic sexual material of themselves or others, [and] it goes to 19% in just a few years. Twenty-seven percent had received it, 35% a few years later. Twelve percent had forwarded or posted pictures without consent [which increased to] 15% [a few years later]. So there’s definitely a steady incline of graphic sexual material shared through social media, and again that’s only one area that there are negative effects of these platforms.”

Bauwens further underscored that focusing on the problematic social media habits of teens can also help in avoiding a lifetime of pain for minors caught up in transgender ideology.

“When you have groups [of teens], especially when you apply it to the transgender/LGBT issue, a lot of times you’re hearing that bullying is the source of these negative mental health outcomes,” she pointed out. “To me, instead of offering these medical procedures to deal with bullying, why not deal with the root cause of some of these behaviors rather than a lifetime medical supply of treatments to deal with the ill-effects of bullying?”

It is parents who have a significant responsibility to guide their adolescents in how to foster genuine human connection, Bauwens noted.

“They have shown over and over again in studies, the release of dopamine and good chemicals when someone likes your post, but it’s so artificial, and it becomes addictive,” she said.

“It’s definitely important to educate your kids about the dangers of social media, but even beyond that to educate your children about the importance of human [relationships], and facilitating opportunities to have real, meaningful connection. Because if you look at [many in] Generation Z, they don’t even know how to communicate face to face. That is one danger that we face is that [social media] has become a substitute for deep, human relationship. We have all heard about the stories of people spouting off on social media, and they would never say those things face to face with someone. So I think that’s important, and that translates to many meaningful issues … being able to share real emotions with whoever you are in a relationship with.”