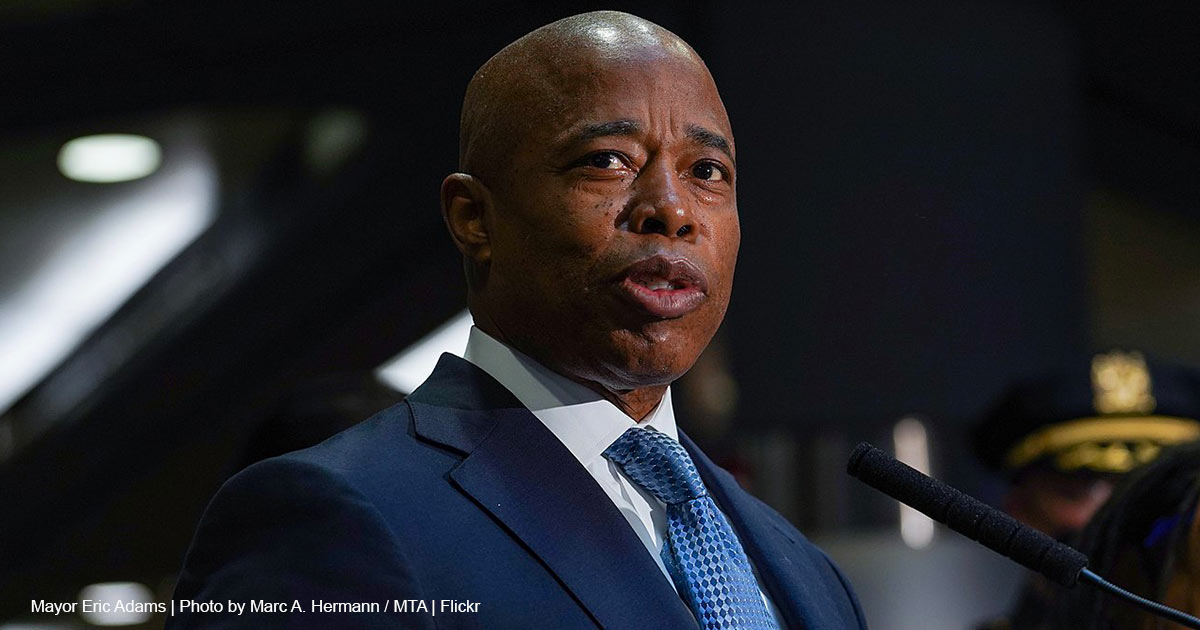 On Tuesday, New York City Mayor Eric Adams (D) announced that a city-run clinic in the Bronx will begin to offer free abortion pills to women starting Wednesday, with plans to expand the program to three more clinics by the end of the year in order to dispense the drug to up to 10,000 women. Experts say that the plan poses dangerous health risks for women.

The abortion pill regimen includes drugs that deprive an unborn child of progesterone, causing it to die in the womb. The second drug in the regimen causes intense uterine contractions, which is designed to expel the baby and other embryonic tissues to complete the abortion in the home of the woman, unsupervised by medical staff. According to the FDA’s prescription information on the abortion pill, health risks include severe bleeding, infection, retained fetal parts, the need for emergency surgery, and even death. Women may also experience cramping, hemorrhage requiring transfusions, nausea, vomiting, diarrhea, abdominal pain, headache, and bleeding, which may continue for up to 30 days.

On Tuesday, WNBC reported that workers dispensing the free abortion drugs at the NYC clinics “won’t ask for insurance or whether your [sic] a citizen of the United States.” It remains unclear how the medical expenses of women who experience adverse health events as a result of taking the abortion pill would be covered.

Notably, the four clinics that will dispense the pills are located in neighborhoods that are predominately populated by African Americans and other minority groups — Morrisania (Bronx), Crown Heights (Brooklyn), Central Harlem (Manhattan), and Jamaica (Queens). These locations fit a similar pattern to the locations of Planned Parenthood abortion facilities in cities across America. Numerous pro-life activists such as Ryan Bomberger have observed that these location choices do not appear to be chosen randomly.

As Students for Life of America President Kristan Hawkins has written, Planned Parenthood founder Margaret Sanger “advanced a controversial ‘Negro Project,’ wrote in her autobiography about speaking to a Ku Klux Klan group and advocated for a eugenics approach to breeding for ‘the gradual suppression, elimination and eventual extinction, of defective stocks — those human weeds which threaten the blooming of the finest flowers of American civilization.’”

Mary Szoch, director of the Center for Human Dignity at Family Research Council, expressed strong misgivings about Mayor Adams’s announcement, pointing to the potentially harmful health outcomes that could result.

“The results of distributing free abortion pills throughout New York City will be tragic,” she told The Washington Stand. “Not only will these pills end the lives of thousands of New Yorkers, but they will undoubtedly endanger the lives of countless mothers as chemical abortions have a 53% more likelihood of sending a mother to the ER than the already dangerous surgical abortion.”

She continued, “If Eric Adams wants to help the women of New York, he could start by offering free children’s Tylenol, Ibuprofen, or even antibiotics to treat ear infections, as countless mothers have experienced the fear and reality of not being able to help their child because of medication shortages. The mayor should be offering the type of assistance that allows life to flourish — not free dangerous abortion drugs that will only bring about death and destruction.”

The news comes on the heels of the nation’s two largest pharmacy chains, CVS and Walgreens, announcing that they plan to distribute the abortion pill after the Biden administration issued a rule allowing most pharmacies to do so.

“The [FDA]’s decision to abandon commonsense restrictions on remotely prescribing and administering abortion-inducing drugs is both illegal and dangerous,” the letter stated. “In direct contravention of longstanding FDA practice and congressional mandate, the FDA’s rollback of important safety restrictions ignores both women’s health and straightforward federal statutes.”