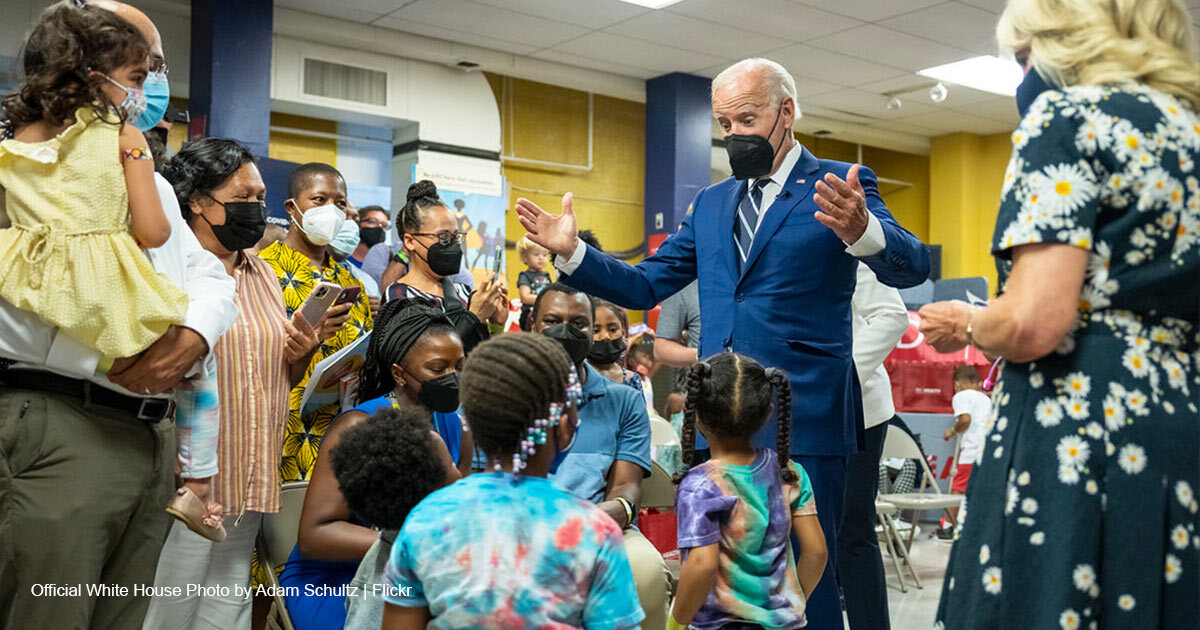 The Biden administration told a United Nations body that it promotes abortion to minorities and illegal aliens in order to combat racism.

The exchange came last Friday, August 12, during the U.N.’s periodic review of how the U.S. is implementing the U.N. Convention on the Elimination of Racial Discrimination (CERD). In light of the Supreme Court decision overturning Roe v. Wade, “what measures have been taken to address the impact of intersectional discrimination and systemic racism on the sexual and reproductive health and rights of racial and ethnic minorities?” asked the South African member overseeing the CERD review, Faith Dikeledi Pansy Tlakula.

Maintaining abortion access remains “a key focal point of the Biden-Harris administration,” replied the Biden administration’s representative, Jessica Swafford Marcella, deputy assistant secretary for Population Affairs in the Department of Health and Human Services (HHS). The U.S. government remains “focused on increasing access to medication abortion,” which Marcella called “essential.” She also touted President Joe Biden’s signing two executive orders, creating a website telling Americans how to get an abortion, and boasted that U.S. abortionists practice their craft on everyone “including immigrants, non-citizens, [and] individuals who are undocumented in our country.”

Pro-life advocates said it’s ludicrous for the Biden administration to promote abortion, which disproportionately diminishes the minority population of the United States, as a means of fighting discrimination.

The grim statistics show abortion’s disparate impact on the black community. “More black babies are aborted than born alive in Manhattan, where Planned Parenthood is headquartered. In 2019, for every 1,000 born alive, there were 1,228 killed by ‘abortion care.’ Led by Planned Parenthood, the abortion industry solves no social issue, gives no one equality, and ushers more deaths into communities already ravaged by violence,” Bomberger told TWS.

“An administration that actually wanted to undo the harms of racism would start with an abortion industry hell-bent on targeting the black community with death,” Bomberger added. Planned Parenthood leaders, including founder Margaret Sanger and Dr. Alan Guttmacher, had a long and disturbing history of promoting eugenics. “Pro-abortion activists don’t want to discuss the blatant racism of eugenics, because they still support its ends: severe reduction or elimination of poorer black lives. They’d also have to talk about how abortion rates continue to climb in black communities while declining among whites and Hispanics,” Bomberger told TWS. “How many abortions are enough for leftists?”

Promoting abortion is “not a very obvious fit with the race issue,” Rebecca Oas, Ph.D., the associate director of research for the U.N. watchdog organization Catholic Family and Human Rights Institute (C-FAM) — which has participated in every major social policy debate at the U.N. for the last 25 years — told The Washington Stand. “But given the way issues like abortion, sexual orientation, and gender identity have rapidly spread across the various treaty bodies, there’s no reason to think they wouldn’t jump at the chance to pressure the U.S. in this way.”

In fact, U.N. officials have frequently promoted abortion despite the fact that every effort to codify abortion-on-demand as a “human right” has failed inside the international body.

Abortion Is Not an International Human Right: U.N. Expert

Would-be culture czars at the U.N. have simply tried to enshrine abortion as a human right “through other, less consensus-driven, means,” such as the treaty-monitoring bodies that oversee agreements like CERD, Oas said. Nations that ratify any of the U.N.’s nine core U.N. human rights treaties must appear before U.N. treaty bodies, which issue “concluding observations” — recommendations for the nation to better implement the treaty’s purported requirements. “Critically, the text of the treaty itself is legally binding, but the treaty body’s communications are nonbinding,” Oas noted. She pointed out that 80% of recommendations related to one treaty — the Convention on the Elimination of All Forms of Discrimination against Women (CEDAW) — have instructed nations to adopt more liberal abortion policies.

In many cases, these U.N. treaty oversight bodies merely amplify the lobbying of left-wing activists in the U.S., at American taxpayers’ expense. Abortion “activist groups within the U.S., as well as their likeminded pro-abortion international allies,” such as “the Global Justice Center and the Center for Reproductive Rights issue their own reports to these treaty bodies as civil society stakeholders, denouncing what they call human rights abuses in the U.S., and sometimes the treaty bodies take up issues from these stakeholder reports,” Oas stated. “The tendency of these committees to pressure countries on issues like abortion has been an argument raised during Senate hearings against ratification” of other treaties, including CEDAW, which the U.S. never adopted. Unfortunately, “the treaty bodies’ activism has also been taken up by other U.N. bodies, such as UNFPA and the World Health Organization.”

United Nations mandate holders filed an amicus brief with the Supreme Court against the Dobbs ruling, arguing that “safe and legal abortion access constitutes a critical part of human rights.” When the justices rejected their logic, U.N. High Commissioner for Human Rights Michelle Bachelet denounced their life-protecting ruling as “a major setback after five decades of protection for sexual … rights.” Bachelet noted that other nations had enacted laws less protective of human life. “With today’s ruling, the U.S. is regrettably moving away from this progressive trend.”

In May, Rep. Mike Rogers (R-Ala.) introduced the “American Sovereignty Restoration Act of 2022,” which would “end any participation in any conventions and agreements with the United Nations,” including CERD. It would also remove all U.N. observers from U.S. government buildings, and end U.S. membership in the United Nations, UNESCO, and the World Health Organization (WHO). It currently has four co-sponsors: Reps. Thomas Massie (R-Ky.), Diana Harshbarger (R-Tenn.), Paul Gosar (R-Ariz.), and Ronny Jackson (R-Texas).