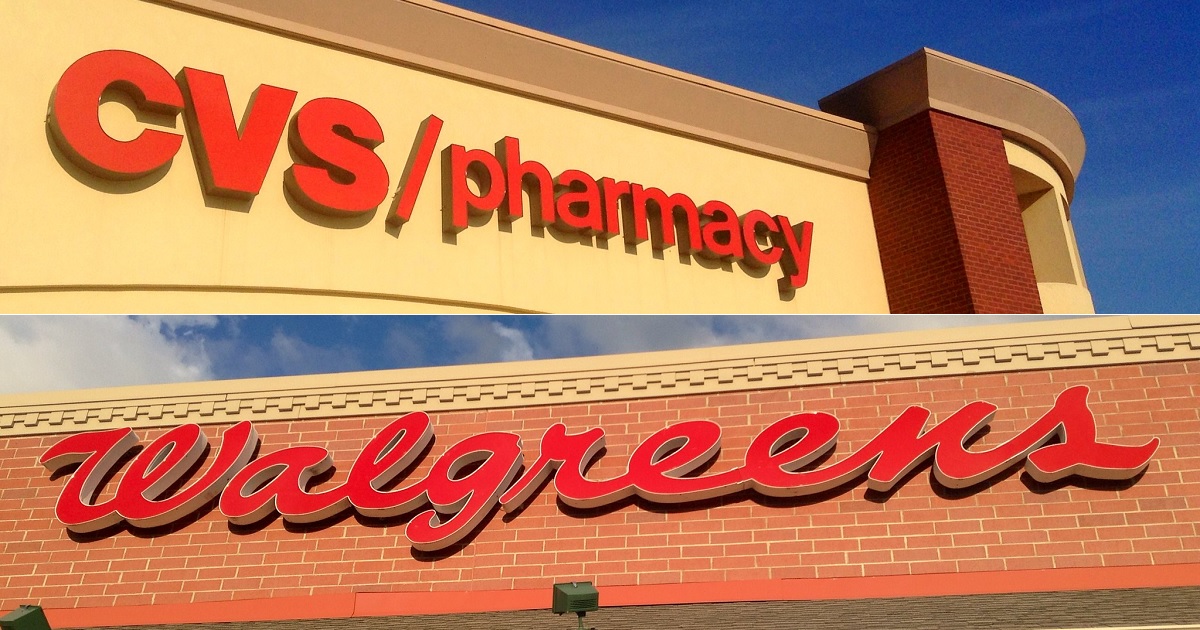 Shortly after the Biden administration issued a rule allowing most pharmacies to dispense the abortion-inducing pill mifepristone, representatives from the retail pharmacy chains CVS and Walgreens confirmed that they plan to stock the substance — a move that will put more women’s lives in danger and “transform pharmacies from centers of healing into centers of death,” pro-life advocates say.

Mifepristone, the first of two pills used in a chemical or medication abortion — which the woman administers alone, often on the toilet — deprives the unborn child of nutrition by preventing the release of progesterone, thinning the lining of the uterus. The second pill, misoprostol, induces contractions to expel the deceased child’s body from the womb. Even with incomplete data, the FDA has registered thousands of negative side effects of chemical abortion, including dozens of deaths. A study of 42,000 abortions found that women suffered four times as many adverse side effects from this two-step regimen than surgical abortion. One in five abortions induced by mifepristone resulted in negative health outcomes, the study found. Due to this record, the federal government had required the mifepristone to be distributed only by certain authorized health centers or online distributors.

But on Tuesday, the Biden administration’s FDA changed the legal regulations to allow retail pharmacies that become certified to distribute the pill through the first 10 weeks of gestation (“although many clinics and telemedicine providers have begun offering it up to 12 or 13 weeks into pregnancy,” reported The New York Times). The protocols also require pharmacies to keep the name of the abortionist who prescribed the pill a secret even from other branches of that pharmacy, according to the Times.

Retail pharmacy giants CVS and Walgreens immediately confirmed they plan to complete the certification process and carry the abortion-inducing pill. “We are working through the registration, necessary training of our pharmacists … and will dispense these consistent with federal and state laws,” a Walgreens spokesperson told Axios on Wednesday. A CVS official also confirmed that the chain plans “to seek certification to dispense mifepristone where legally permissible.”

But allowing “retail pharmacies to sell abortion drugs with a prescription will transform pharmacies from centers of healing into centers of death,” Mary Szoch, director of the Center for Human Dignity at Family Research Council, told The Washington Stand. “Rather than providing medication that allows human beings to flourish, some pharmacies will now choose to sell drugs manufactured for the purpose of killing an innocent unborn child.”

“The local pharmacy will become akin to Planned Parenthood,” she said, “forcing customers and employees to decide if they will continue to support a company that has become an abortion business.” Similarly, Lila Rose of Live Action found it “disgusting that pharmacists will now be dispensing lethal poison alongside antibiotics and allergy medication.”

The Biden administration’s laxer health regulations will likely increase the number of women harmed by abortion, physically or psychologically. Between 2000 and 2021, the FDA documented a total of 4,207 adverse events — including 26 deaths, 1,045 hospitalizations, 603 events requiring a blood transfusion, and 413 infections.

Yet these only reflect those voluntarily reported, which likely reflect a minuscule amount of the actual harms of the abortion pill regimen. “A recent analysis of FDA FOIA-obtained documents demonstrated that less than 5% of the expected complications had been reported to the FDA — and this is back prior to 2016, when they actually used to care and used to mandate complication reporting,” Dr. Ingrid Skop, an OB/GYN and medical expert at the Charlotte Lozier Institute, told “Washington Watch with Tony Perkins” Wednesday afternoon.

In 2016, the Obama-Biden administration required only deaths caused by chemical abortion to be reported to the FDA’s Adverse Events Reporting System (FAERS), erasing women’s suffering from the record.

Abortion pills pose “a dangerous and life-threatening risk” to women “due to the inability to accurately confirm gestational age and rule out possible complications,” such as ectopic pregnancy, said Donna Harrison of the American Association of Pro-Life Obstetricians and Gynecologists (AAPLOG). Since the Biden administration permanently removed the requirement for an in-person medical evaluation, women who misdate their pregnancy risk an incomplete abortion and the retention of fetal tissue, causing a potentially serious infection.

These statistics also fail to capture the psychological harms suffered by women after a medication abortion. One-third of women (34%) who had a chemical abortion “reported an adverse change in themselves, including depression, anxiety, substance abuse, and thoughts of suicide,” according to a study of post-abortive women conducted by the group Support After Abortion.

Yet the incidence of chemical abortion, which is more profitable to the abortion industry, has increased 73% between 2008 and 2017. Medical abortions account for 54% of all abortions in the United States, according to a survey from the Guttmacher Institute. “The decision to approve retail pharmacies sale of abortion drugs shows the FDA’s total lack of regard for both mothers and their unborn children,” Szoch told TWS. “Once again, the FDA put their agenda of spreading the culture of death ahead of mothers and their babies.”

The Biden administration changed the protocols — known as Risk Evaluation and Mitigation Strategies (REMS) — without the time for public comment that usually precedes any other change in the federal regulatory code, a prerogative the FDA enjoys over drug classifications. “The chemical abortion drug was approved by the FDA in 2000 and was deemed ‘safe and effective.’ But it was done so in a more restrictive way, with tight regulations on who and how the drug can be dispensed,” Connor Semelsberger, director of Federal Affairs at FRC, told TWS. Since 2000, the REMS regulation of the drug — manufactured as “Mifeprex” by Danco or in generic form by GenBioProhave — have “been continually weakened (all by Democratic administrations) culminating in the latest actions. Each of the times these regulations have been weakened it has been done through the FDA’s own review and process, with no outside feedback.”

“None of these changes make this process safer for the woman. What these changes do is make the process easier and cheaper for the abortion industry,” noted Carol Tobias, president of National Right to Life.

“We applaud the FDA for following the science,” said NARAL Pro-Choice America President Mini Timmarajtu. Alexis Johnson, president of the nation’s largest abortion business, Planned Parenthood, called the FDA revision “a game changer.” The pro-abortion Center for Reproductive Rights also looked forward to the day Americans could pick up an abortion pill “through their neighborhood pharmacy.”

The new REMS would shift the onus from abortionists to local pharmacies, like CVS and Walgreens. “If they go down this path, they become the abortion facilities of America,” said FRC President Tony Perkins on Wednesday.

But pro-life advocates question whether pharmacists, who enter their profession to bring health, would want to distribute pills designed to cause death, and which may harm mothers as a side effect. “I’m not sure retail pharmacies will consider this a sound business risk to be selling dangerous abortion pills that can put women in the hospital,” stated Scott Fischbach, executive director of National Right to Life. “I don’t believe their customers will be happy to find out that their local drugstore where they get their life-saving medicines is now stocking and distributing pills for the purpose of killing unborn children in their community.” Dr. Skop questions whether the conscience rights of pro-life pharmacists will be respected.

In addition to being unsafe, allowing freer dispensing of abortion-inducing drugs is out-of-step with the American people. Two-thirds (63%) of Americans oppose sending abortion-inducing pills through the mail, a KofC/Marist poll found. Yet President Joe Biden signed an executive order this July vowing to “expand access to abortion care, including medication abortion.”

At least one federal lawmaker has determined to respond to the FDA’s decree in legislation. “This is nothing more than a political move from the Biden Administration in pursuit of the pro-abortion agenda! It’s politicizing the FDA even more than it already is,” said Rep. Kevin Hern (R-Okla.). “Something must be, and will be, done about this.”

A coalition of pro-life advocates, including Perkins, called on Congress to “stop the FDA’s reckless, ideologically motivated policies” by passing the “SAVE Moms and Babies” Act, which would require an in-person examination of mothers seeking to obtain abortion-inducing pills, compel health care practitioners to report all adverse effects of mifepristone, prohibit abortionists from distributing the drug through the mail, and prevent the FDA from approving new abortion-inducing pills.

The abortion industry also hopes lawmakers will abolish all health restrictions on the death-inducing pills. Abortionist Kristyn Branditold CBS News she wants to see abortion-friendly legislators “overturn all the REMS criteria” and imperiously strike down state pro-life protections at the federal level.

As the debate percolates through the political system, the Biden administration’s latest actions make women “more likely to need a surgery or have an emergency,” said Dr. Skop.