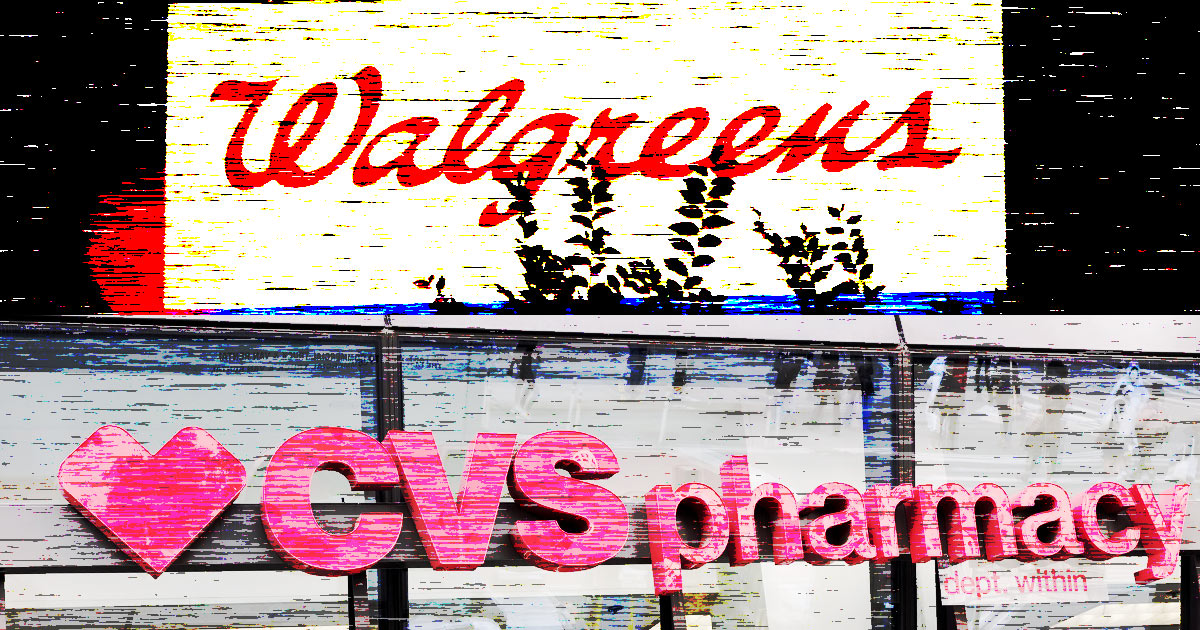 Pro-Life Americans to CVS, Walgreens: ‘Do Not Turn Your Pharmacies into Abortion Businesses!’

As retail pharmacy giants CVS and Walgreens announced they plan to carry abortion pills — and may soon be joined by Rite Aid — thousands of Christians have signed a petition pleading with them not to facilitate the fastest-growing form of abortion, which also inflicts the greatest harms on women.

The nation’s two largest pharmacy chains confirmed their intention to become certified distributors of mifepristone, the first drug of the two-drug chemical abortion regimen, within hours of the Biden administration’s FDA decision to loosen women’s health restrictions on medication abortion. Previous Democratic administrations considered RU-486 so dangerous that it must be sold only by select health centers after an in-person doctor’s examination. Pro-life advocates say the bureaucratic regulation, which was announced without public input, transforms places of healing into merchants of death. “Walgreens and CVS have essentially become a branch of the abortion industry,” Mary Szoch, director of the Center for Human Dignity at Family Research Council, told “Washington Watch with Tony Perkins” Thursday.

“Do Not Turn Your Pharmacies into Abortion Businesses!” says a petition directed at the Big Pharma corporations by FRC Action shortly after their corporate decision.

“The neighborhood pharmacy has always stood as a place of healing, where human suffering can be alleviated thanks to the dedicated work of our local pharmacists,” says the petition. “Abortion-inducing drugs do more than just take the lives of the most vulnerable among us: the unborn — they hurt women.”

“We ask that you stop attempting to sell these harmful drugs in your pharmacies.”

The petition — which is available online or by texting the word “pharmacy” to 67742 — garnered more than 15,000 signatures in approximately 24 hours.

Chemical abortions, which provide the greatest profit for abortionists, already account for 54% of all abortions — a number likely to skyrocket if retail pharmacies begin distributing the pills alongside antibiotics.

CVS and Walgreens are the nation’s two largest pharmacy chains: CVS has more than 9,600 stores, while Walgreens operates 8,886 stores in the U.S. and its territories and filled 819.6 million prescriptions in the last fiscal year. CVS, which reports total revenue of $292 billion, saw its profits rise 61% between 2018 and 2021, while margins at Walgreens, which had total revenue of $132 billion, flatlined over the same time.

The two retail chains may be joined by Rite Aid,which announced this week that it, too, is considering beginning the Biden administration’s newly unveiled certification process. “We are reviewing FDA action and remain committed to complying with federal and state law,” the chain told the left-wing website The Root. Rite Aid ranks as the nation’s sixth-largest pharmacy chain based on its 2,285 locations and seventh-largest in terms of its $24.6 billion total revenue. “This is what the Left wants,” replied Perkins. “They want an abortion clinic on every corner, and that is in essence, what will happen” if the two retailers stock abortion pills.

Rite Aid may be looking to reverse its financial slide. The company posted a $100 million decrease in revenue in the third quarter of last year, sending stocks tumbling $1.23 a share. “The pharmaceutical retailer is too small to compete,” reported the financial website Seeking Alpha. “It expects huge losses in 2023.”

Yet pro-life advocates also warn pharmacies will be tying themselves to dangerous pills that produce four times the level of harmful side effects for women. Chemical abortion pills — which the mother self-administers, often while alone on the toilet — have produced 4,207 documented adverse events, including 1,045 hospitalizations, 603 blood transfusions, and 26 deaths caused by mifepristone. Staffers may fail to apprise women of these outcomes, possibly opening the pharmacies to litigation.

“A pharmacist at Walgreens, who has a line of patients waiting to get their medication, is not going to spend time talking to this woman about the possibility that she is going to see a fully formed baby” in the toilet as part of the abortion pill process, nor “about the fact that she’s going to hemorrhage or have a significant amount of bleeding,” said Dr. Christina Francis, the incoming leader of the American Association of Pro-Life Obstetricians and Gynecologists (AAPLOG). “I can tell you from personal experience, caring for women who have ruptured ectopic pregnancies, that within just a few hours they can go from feeling fine to being in hemorrhagic shock and facing death,” she added.

Yet abortionist Kristyn Brandi told NPR there is nothing to worry about, because women are not “going in waves to seek emergency care after medication” abortion, which she described as “a really great track record.”

Pro-Abortion Pharmacies ‘Should Be Answering a Call Every Five Seconds’

Should the companies fail to listen, experts in corporate governance say pro-life advocates can take further steps to make the pharmaceutical titans change their minds or feel the pain.

“CVS and Walgreens should be answering a call every five seconds,” Justin Danhof, the head of corporate governance at Strive Asset Management, told Perkins on Thursday. “If you’re a customer [or] a consumer, call them. If you’re an investor, call the investor relations line.” Corporations “listen to their pocketbook,” agreed Szoch. “Boycott these pharmacies until they decide that they will not become an arm of the abortion business. That sends a clear message, one that we know organizations have listened to in the past.”

Christians and investors of other faiths who hold pro-life convictions have another tool at their disposal: shareholder activism.

“There are thousands of elections that take place every year that have just as much effect on our collective culture, and these happen at annual shareholder meetings” to elect to board of directors,” said Danhof. “The shareholders of CVS and Walgreens really need to show up and maximize their leverage. These are very cushy positions. You have six, seven meetings a year. You fly around in private jets. You get paid six or seven figures for the doing very, very little work, frankly.”

“The board can hold the CEO accountable,” said Danhof, and “the board is accountable to the shareholders.”

Abortion activists and lobbyists privately share concerns that market-oriented firms will cater to the will of their customers as the certification process stretches out. “We are in the process of moving what has been a very niche product in a closed loop system into the mainstream. And that transition is going to be a little messy and a little complicated, and it will take some time,” said Kristen Moore, director of Expanding Medication Abortion Access (EMAA) Project. Similarly, Melissa Fowler of the National Abortion Federation pointed out, “We do not yet know how many pharmacies will participate in the program or how much it will truly expand access” to the death-inducing drugs.

“We worry that smaller retail pharmacies may steer clear of certification because of the associated hassle (or pressure from anti-abortion ideologues),” griped a number of abortionists writing in the far-left Nation magazine.

Danhof said lobbying massive corporations to respect life, or at least not participate in the abortion industry, need not be restricted to wealthy mega-investors. “You don’t have to be a large shareholder. You can have a lot of sway in the decision-making of corporate leaders,” he told Perkins. “You just need to actually engage and vote in ways that reflect your values.”

[CORRECTED: An earlier verison of this story incorrectly listed pharmacy revenues in millions instead of billions. The story has been updated to reflect the corrrect numbers.]