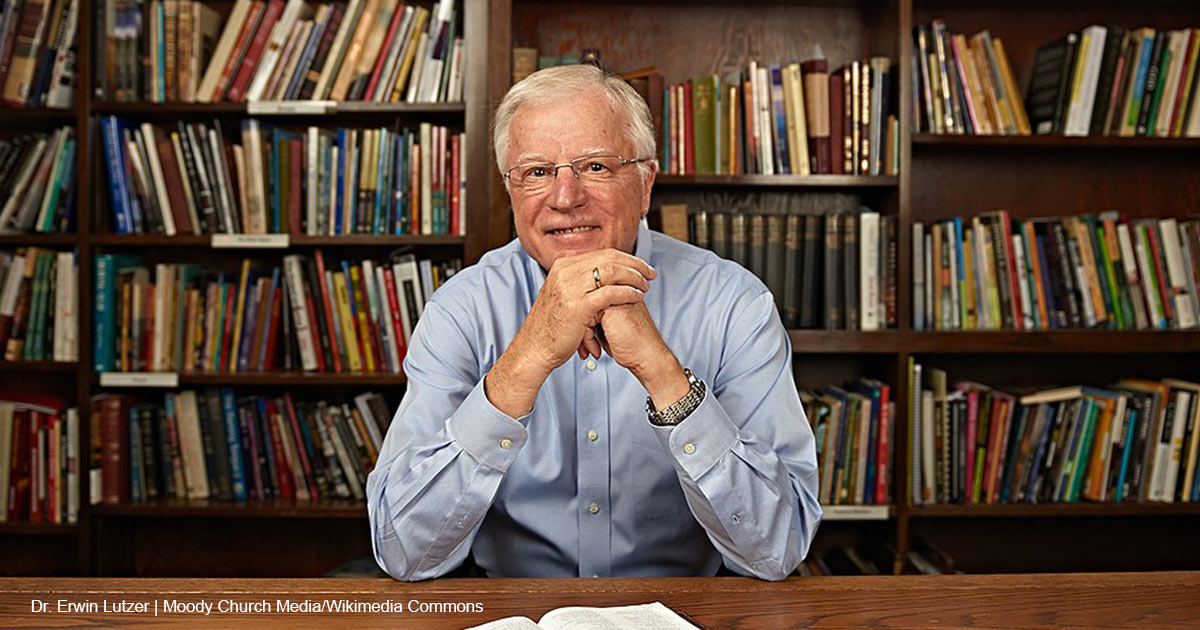 Far from a “distraction,” much-derided “culture war” issues as the reality of gender, the definition of marriage, and “systemic racism” are flashpoints in the war to transform America into a collectivist nation, a renowned Bible expositor and commentator has said.

“Make no mistake, that which is canceled today will be criminalized tomorrow,” wrote Dr. Erwin Lutzer, author of the new book “No Reason to Hide: Standing for Christ in a Collapsing Culture.”

The Left has weaponized conventional words and redefined Christian moral precepts such as tolerance to vanquish its enemies from the public square. “The word tolerance has many different meanings, and in the minds of the Left, tolerance does mean dominance,” Lutzer told “Washington Watch” guest host Joseph Backholm. “If you were to apply for a job — even if it’s teaching chemistry — in a university, you would be asked whether or not you feel comfortable with the whole LGBTQ agenda. Are you comfortable with multiple pronouns?”

“Those who claim to be tolerant are the ones that are that are intolerant of anyone who doesn’t go along with their agenda,” said Lutzer, who is pastor emeritus of The Moody Church and host of three nationally syndicated radio programs: “Running to Win,” “Moody Church Hour,” and “Songs in the Night.”

Many of today’s cultural issues aim at the dismantling of the traditional, nuclear family — a pillar of Marxism, Lutzer noted. Marx believed “the family has to be destroyed, because men oppress their wives; parents oppressed their children: They take them to church. God, of course, is the ultimate oppressor.” Karl Marx and Friedrich Engels wrote “The Communist Manifesto” of their plan to foment the “abolition of the family,” “replace home education by social,” and introduce “an openly legalized community of women” (sharing women in common).

In time, the Marx-Engels brand of economic determinism was eclipsed by the insights of Italian Marxist philosopher Antonio Gramsci, who called for a long march through the institutions that shape cultural values. Stripping Western citizens of patriotism, religion, and family connections would remove the “enculturation” that prevented them from embracing their socialist “liberation,” Gramsci theorized roughly a century ago. In time, Marxists divided into separate schools, such as the belief in critical theory propounded by the Frankfurt School, and critical race theory. As a result, “many people who accept Marxist ideas that are bad do not necessarily trace it to Marx,” Lutzer noted.

“Marxism basically says we have to destroy the foundations of Christianity and the foundations of capitalism,” Lutzer continued. That’s why cultural secularists and progressives continually aim “to tear down our history, vilify the United States, and then build a whole new system based on a humanistic/Marxist worldview.” He noted that critical theorists attack the United States based on how closely it approaches their Utopia: “There is never a comparison with America to other countries,” because “it’s hard to get people to hate America if you compare it with other countries” and their real-life practices.

In less than two years, the Biden administration has set the stage for the radical transformation of the United States, agreed one prominent congressman. “They have passed bill after bill to set America down a socialist path. And that’s what’s at stake here: uprooting the values and the foundation of this country that makes it the greatest country in the history of the world,” said Rep. Jim Banks (R-Ind.) to Backholm on Friday.

The goal of so much reality-bending media coverage is to make Americans “comfortable living with lies,” said Lutzer. “Everybody knows that a man can’t have a baby. Everybody knows that. But nonetheless, we’re supposed to be comfortable in a society that’s living by lies.” Christians can never embrace such a life, since abiding in falsehood means living in violation of the moral code revealed by the One Whose word defined truth. “So, we’d better know where the lines are drawn and what we believe about these issues,” Lutzer insisted.

One necessary step to that end is educating young people in biblical truth and the principles of ordered liberty that lie at the heart of the American republic. “God is going to hold you accountable for the education of your children. And that’s why I advocate strongly, if possible, perhaps they should be homeschooled. There are also faith-based schools,” added Lutzer. “If that is impossible, what you need to do is to make sure that you stay on top of what [children] are being taught in our public schools.”