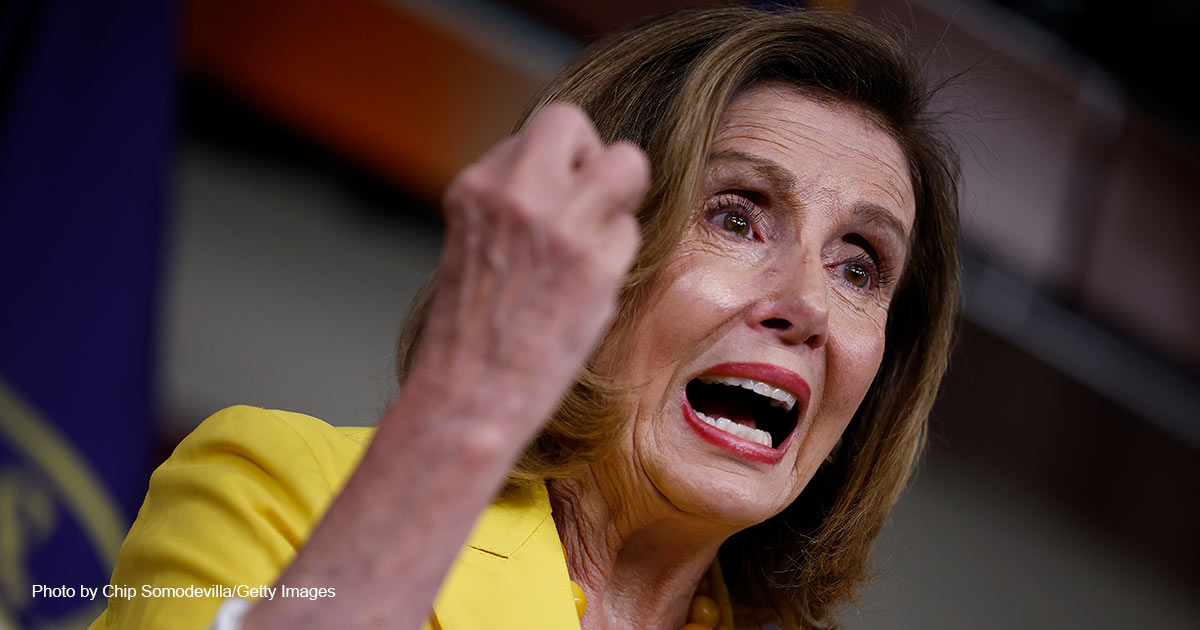 In Tuesday’s night’s special election for an upstate New York House seat, Democrat Pat Ryan took the win from the GOP candidate in a notoriously swinging district. This blue victory was a catalyst for some to speculate if there is a silver lining on the Democrats’ chances of defending their tight majority in Congress in this year’s upcoming midterm election. In a San Francisco press conference the following day, Speaker Nancy Pelosi (D-Calif.) praised the Democratic voter turnout, saying, “Republicans should be very, very, very scared this morning about their prospects. I have never believed that we would not hold the House. That’s my mission. And that’s what I hope to accomplish, and I plan to do it.”

“This was a big victory for us last night,” the Speaker continued. “People were stunned by the fact that, in a District that was not supposed to go Democratic, that it did. … We have 220 Democrats in the House. Franklin Roosevelt had 319 Democrats in the House. So we have to do this very carefully, and I’m very proud, as I said, of the courage of our members.”

While predictions and hopes for a red wave in November have been high, are conservatives and Republicans right to heed Pelosi’s victory cry? Several conservative election experts weighed in to The Washington Stand.

On the one hand, Quena Gonzalez, Family Research Council’s senior director of Government Affairs, believes the speaker’s and the media’s response to be way out of proportion. He chalks up much of the Democrats’ celebration to media sensationalism, telling TWS, “The fact of the matter is that Democrats won a single special election this week, and now [Pelosi]’s predicting that Democrats will hold on to their nine-seat majority in the House.”

With an expansive political career himself, FRC’s Ken Blackwell claims that Pelosi’s comments were all bark, no bite, rebutting with his own November predictions. “Speaker Pelosi is drunk off of her own hubris,” he told TWS. “She is going to be sent back home to California, not as speaker, but as a regular member of Congress. I think she is going to retire after a resounding defeat. My prediction is that the Republicans will probably pick up as as many as 35 with 37 seats in the September election. Americans are not asleep at the switch. They know that the Democrat majority in the House and the Senate, along with President Biden, has erased our borders and actually put us on a downward spiral economically where families are losing incomes as well as jobs.”

Matt Carpenter, director of FRC Action, builds his own case that a Republican landslide is likely at the polls. “If Pelosi is going to point to the outcome of a special election as determinative of the House majority come November then why limit it to NY 19? Mayra Flores won a resounding victory in a special election to represent the people of Texas’s 34th congressional district in June,” Carpenter explained. “Her win exemplifies how pro-life, pro-faith, pro-family, pro-freedom candidates can win anywhere. Texas’s 34th congressional district is the second most Hispanic district in the U.S., it hasn’t been represented by a Republican since Reconstruction, and Mayra Flores’s win shows when pro-life candidates run unashamed of pro-life policies they can win, even in districts Biden on as recently as 2020.”

As November midterms are in the forefront of people’s minds for many around the country and talk of a red wave approaching, what do voters care about? According to Carpenter, while data suggests that American are bringing their main economic concerns to the polls with them, there are other issues that will be influencing the way they vote. He told The Washington Stand, “Last year in Virginia’s gubernatorial race, and this week in Florida school board races, we saw parents vote for their right to direct their child’s education. Woke indoctrination in schools is minting parents into a powerful electoral force for the GOP. We have also seen GOP incumbents regarded as soft on religious liberty, or life, lose in primaries to candidates who will stand up for the values of the GOP’s base. The bottom line is voters will vote to protect their children from the dangers of gender ideology in the classroom, and vote out incumbents who fail to stand up for their first amendment freedoms and for the sanctity of life.”

On the other hand, this is no time for Republicans to hang their hats on a victory, according to Gonzalez. “Historic trends favor Republicans, but just as critical as the number of Republicans elected this fall will be the caliber of conservatives that the American people send to the House and Senate,” Gonzalez stressed to TWS, “As my colleague, David Closson, wrote, ‘Congressional Democrats have opposed every commonsense protection for the unborn for years now. … Americans who care about protecting the unborn would do well to consider the stakes of the approaching midterms. Pro-life Christians must be prepared to vote accordingly.’”

FRC Action’s vice president, Brent Keilen, replied with the same cautious optimism. He told TWS, “An analysis of the primary election turnout shows that Republican enthusiasm and turnout has consistently outpaced that of Democrats in the majority of primaries across the country this year. There are a number of trends that are strongly in their favor as they work to take the House.”

“That being said, nothing can be taken for granted in elections. Voters should remember that there are no forgone conclusions. It’s critical that we pray and engage during this election season on behalf of our values.”