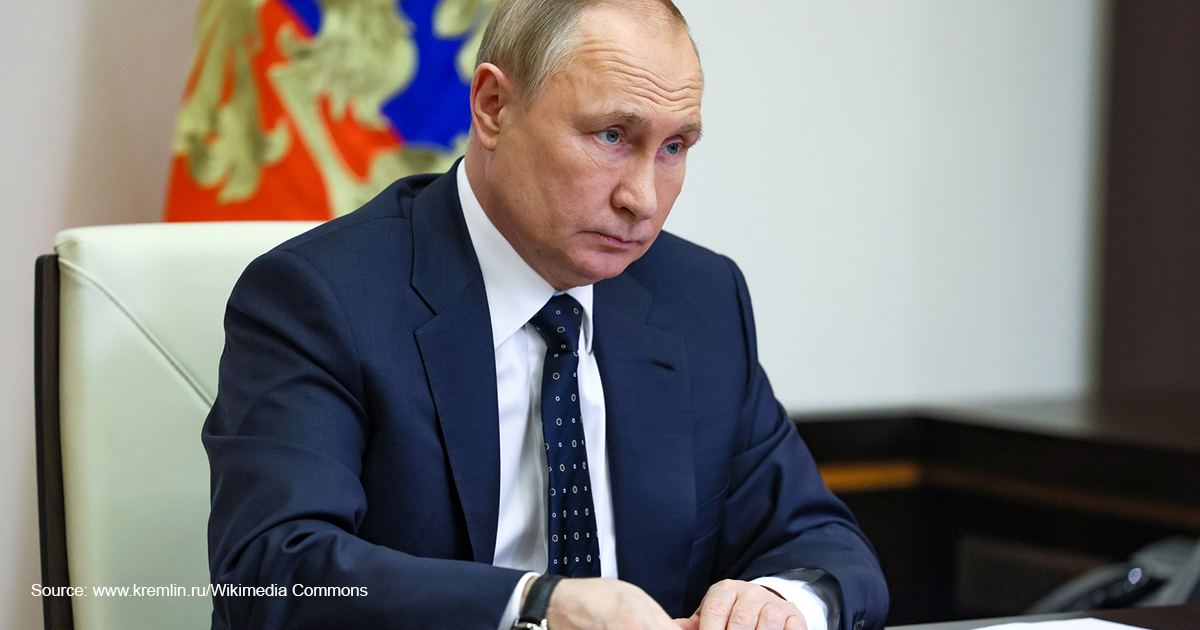 Russian officials have permanently banned Family Research Council President Tony Perkins from setting foot in the nation, because of his outspoken criticism of Moscow’s religious liberty restrictions. On Saturday, Russia’s Ministry of Foreign Affairs included Perkins on a list of 963 Americans ”who are permanently banned from entering the Russian Federation.” “I’ll have to scratch Russia off my list of vacation spots,” quipped Perkins.

The Kremlin apparently targeted Perkins for his recent work as commissioner on the U.S. Commission on International Religious Freedom (USCIRF), which identifies, reports on, and recommends that the U.S. government sanction nations which deny freedom of religion.

In its most recent report, USCIRF recommended the Biden administration classify Russia among the world’s worst abusers of conscience rights — a Country of Particular Concern — and “[i]mpose targeted sanctions on Russian government agencies and officials responsible for severe violations of religious freedom,” including “barring their entry into the United States.”

The report noted that Russian officials recently labeled four evangelical groups “undesirable organizations,” including the New Generation Evangelical Christian Church, a Latvian-based Pentecostal group outspoken in its belief that homosexuality is a sin.

For pointing this out, Russia imposed a travel ban on Perkins and several of his erstwhile colleagues at USCIRF, including outgoing chair Gayle Manchin — the wife of Senator Joe Manchin (D-W.Va.) — and former commissioner Gary Bauer.

The list included President Joe Biden and Vice President Kamala Harris, as well as prominent members of their administration, including Assistant Secretary of the Department of Health and Human Services Rachel Levine. It targeted members of every political faction in Congress, from conservatives Reps. Louie Gohmert (R-Texas) and Marjorie Taylor Greene (R-Ga.) to such members of “The Squad” as Alexandria Ocasio-Cortez (D-N.Y.) and Ilhan Omar (D-Minn.).

In a statement, Russia’s foreign ministry said the sanctions aimed to force “the ruling American regime, which is trying to impose a neo-colonial ‘rules-based world order’ on the rest of the world, to change its behavior, recognizing new geopolitical realities.” But Perkins believes Moscow’s travel ban “speaks to the desperation of Russia,” which appears to be “just swinging wildly.”

For instance, the foreign ministry also sanctioned deceased Senators John McCain, Harry Reid, and Orrin Hatch. “I don’t know if they’re concerned about reincarnation or what,” joked Perkins. “I guess I’m becoming somewhat accustomed to” being censured by autocratic nations, Perkins said. “China had previously taken the same steps about a year ago.”

Last March, China’s foreign ministry warned members of the USCIRF to “stop interfering in China’s internal affairs ... Otherwise they will get their fingers burnt.” In a 2021 Wall Street Journal op-ed, Perkins and Manchin replied that they felt “flattered“ by China’s condemnation.

After Russia’s announcement Saturday, Perkins shared a link to the USCIRF report on social media, calling it “a reminder to pray for those who are suffering under Russia’s systematic, ongoing, and egregious violations of religious freedom.”

Perkins insisted Moscow’s latest actions would have no impact on his work. “Whether it’s Russia, China, or California, if those governments that want to suppress religious freedom want to sanction or speak critically of me, go right ahead,” Perkins said, “because we will continue to speak out boldly for religious freedom.”