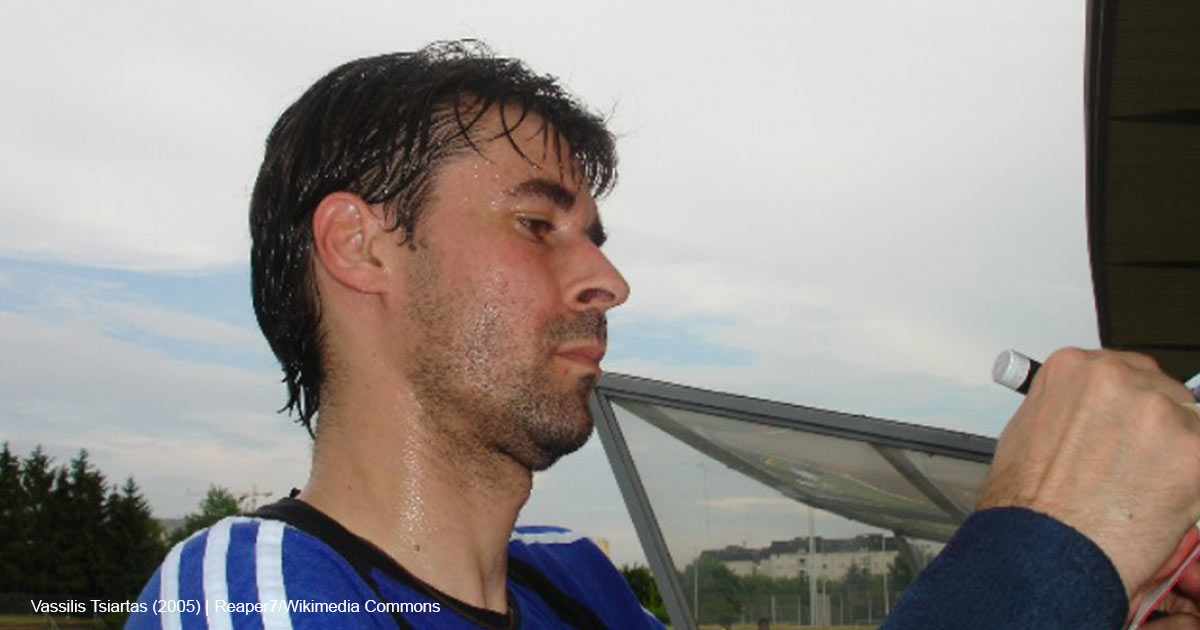 One of the most legendary soccer players of his time received a jail sentence and a fine for posting “transphobic” social media messages citing the Bible’s creation account.

“God created Adam and Eve,” wrote retired Greek football legend Vassilis Tsiartas in the second of two Facebook posts opposing a 2017 law that would have lowered the age to legally change one’s gender to 15 and removed other legal barriers.

The 49-year-old initially responded by saying, “I hope that the first sex changes will be made to the children of those who voted for this abomination.” Members of Parliament may as well “legalize pedophiles and complete their crimes” against nature, he wrote.

While citing the Book of Genesis, the 18-year soccer standout explained his faith-based objection to extreme gender ideology and the redefinition of marriage. “Anyone can have his preferences whether he is a man or a woman, and I completely respect that. For me, however, a couple is only a man and a woman, the rest are just together. I’m not going to accept all the weddings, all the parades, and anything else they do as normal,” Tsiartas wrote. He said he had no time for anyone who claims “those who don’t agree are racists.”

Human “dignity,” he said, came from a higher power than mankind. “God created Adam and Eve. The rest [of gender identities] were manufactured for consumption,” he concluded.

Tsiartas received a 10-month suspended prison sentence and a suspended fine of 5,000 euros from the Single-Member Misdemeanor Court of Athens. The Transgender Support Association, which brought the lawsuit, called punishing his biblical views “particularly important for the transgender community.” Tsiartas plans to appeal the decision.

The ruling marks at least the second time a European court has ruled that biblical values violate the human rights of transgender individuals.

In 2019, a British court ruled that “belief in Genesis 1:27, lack of belief in transgenderism, and conscientious objection to transgenderism in our judgment are incompatible with human dignity and conflict with the fundamental rights of others.” Genesis 1:27, often cited as the cornerstone of human rights, states: “So God created mankind in his own image, in the image of God he created them; male and female he created them.”

“This I understand to be legalese meaning that my belief in God and the dishonesty of using transgender pronouns is akin to Nazism,” wrote Dr. David Mackereth, a Reformed Baptist physician who was fired from his job with the UK’s Department for Work and Pensions in 2018 for theoretically declining to refer to “any six-foot tall, bearded man” as “madam.”

“The teaching of Genesis 1:27 is repeated throughout the Bible, including by Jesus Christ himself,” said Andrea Williams, chief executive of the Christian Legal Centre, which represented Mackereth. “It is fundamental to establishing the dignity of every human person but is, in a bizarre ironic twist, being branded as incompatible with that dignity.”

On June 29, the Employment Appeal Tribunal ruled that the lower court had erred in saying that Mackereth’s “belief in Genesis 1:27 did not amount to a protected characteristic” covered by the freedom of religion secured by the UK’s 2010 Equality Act. It also took aim at the lower court’s contention that Mackereth’s views were “likely to cause offence” to others. “The fact that a belief is likely to cause offence cannot, however, mean that it is automatically excluded from protection,” ruled EAT.

But EAT ruled that Mackereth’s actions stemmed from his “belief in Genesis 1:27, not the present state of information available” on transgenderism. Ultimately, EAT let his termination stand, saying that Christians have the right to practice their faith, but only if it does not conflict with the “rights” of others, such as LGBTQ provisions.

“I am grateful to the court for recognising that a belief that we are made by God, both male and female ‘in His image’ is not incompatible with human dignity,” said Dr. Mackereth, while he opposed its decision that religious liberty ranks below other putative rights.

Mackereth announced he will take his case to the Court of Appeal, because “my case affects everyone, not just me and Bible-believing Christians, but anyone who is concerned by compelled speech and transgender ideology being enforced on the NHS and other public services.”

“As Christians, we are not trying to be unkind to people in any way. As Christians we are called to love all people with Christian love,” Mackereth concluded. “But we cannot love people truly when we live and disseminate a lie.”

Ironically, the controversial bill’s supporters also invoked God while arguing for its passage. “What God is it that has us take decisions that push children into bullying, humiliation and suicides?” asked left-wing then-Greek Prime Minister Alexis Tsipras, promoting a bill the Greek Orthodox Church called “Satanic.” Tsipras lost his position in 2019 to the more conservative Kyriakos Mitsotakis, who opposed the measure.

U.S. President Joe Biden has also cited the Bible to argue in favor of transgender injections and surgeries for minors.

Sources inside the Orthodox Church did not immediately respond to The Washington Stand’s requests for comment on the Tsiartas case.