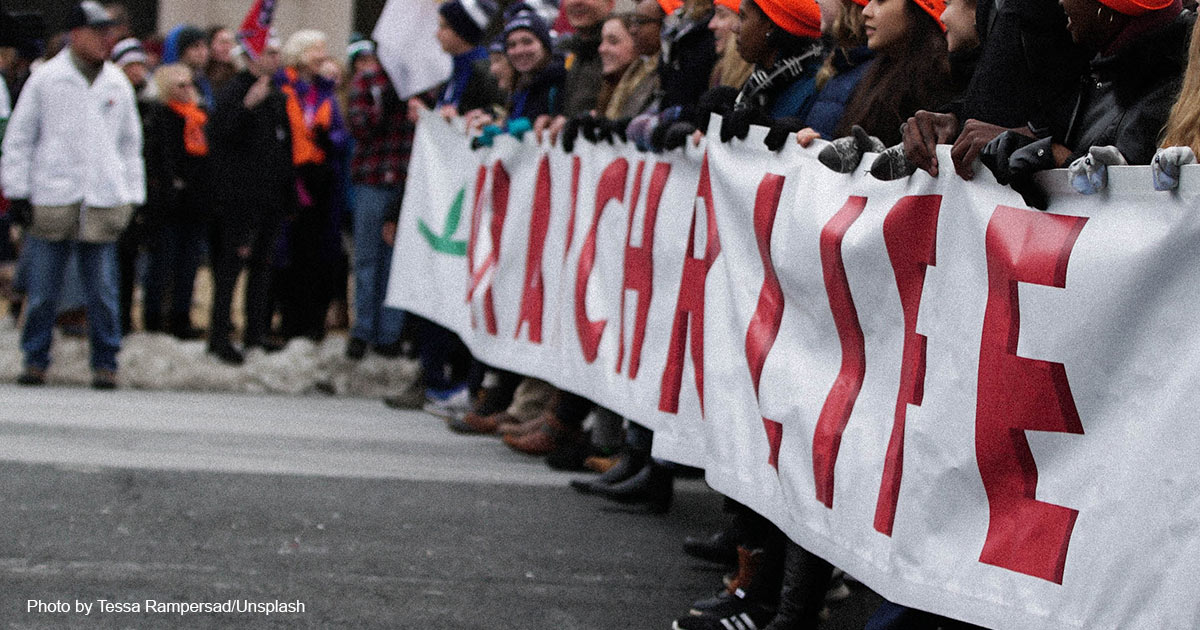 The March for Life Embodies a ‘Critical Pillar of Democracy’: Biden White House

President Joe Biden’s White House had uncharacteristically positive things to say about pro-life advocates, stating that the peaceful, prayerful activity of the March for Life exercises “a critical pillar of democracy.”

“So, as you know, the March for Life march happens every year. We support peaceful, free — even when we disagree with it. Clearly, it is not an issue, and their point of view, we do not agree with. Look, because the president believes that it is a critical pillar of democracy to do that in a peaceful way, to march. And so, of course, we support that,” she said in a disjoined answer.

“And so that is how we see the March for Life. Again we support peaceful speech, free[dom] of speech, peaceful march, even though we don’t agree with their particular policy issue,” she said.

“With that said,” she continued, the White House will continue to go to the wall for the abortion industry. “This is something that the Biden-Harris administration has taken very seriously. This is something that you have heard us take executive action on, and this is an issue that we are going to continue to ask Congress to make sure that they take action on that, as well, as we go into the next couple of days, into what would have been the 50th anniversary of Roe v. Wade. And so, this is an important issue, a critical issue. Let’s not forget during the midterms, voters made themselves very clear: They want us to make sure here in Congress and at the White House, and in the federal government that we” support abortion. “The vice president has been a leader on this, so has the president. You have heard from both of them” and will “continue to see that from this White House, for sure.”

As part of the White House’s blitz, Vice President Kamala Harris is scheduled to give a speech in Tallahassee on Sunday, the 50th anniversary of the now-overturned Supreme Court opinion that invented the notion that the Constitution contains a “right” to abortion-on-demand. Like Mississippi, which brought the Dobbs case before the court, Florida protects babies from abortion after 15 weeks.

When asked why Harris, rather than the president, is giving the speech, the press secretary said the arrangement is “not unusual,” because “Florida was the first state that [Harris] visited after the Dobbs decision, so she is going back.” Karine Jean Pierre said the VP’s visit highlights “the importance of Florida, the importance of where it is located, and the border states around it.”

Florida is located nearly 1,800 miles from the Mexican border. Neither Florida nor any of its neighbors are border states. It is unclear what the Mexican border has to do with abortion, although Harris, as border czar, has yet to visit the border.

Numerous Republican politicians welcomed marchers to the capital on Friday. Florida Governor Ron DeSantis (R) thanked those who attended the March for Life “for being a voice for the voiceless!” Republican Senators Roger Marshall (R-Kan.), Marsha Blackburn (R-Tenn.), John Kennedy (R-La.), and Rick Scott (R-Fla.) recorded videos welcoming participants in the March for Life to D.C.

Not all members of Congress gave such a warm welcome. When representatives of Stanton Healthcare, a chain of life-affirming medical centers based in Idaho, attempted to share their experiences with Rep. Alexandria Ocasio-Cortez (D-N.Y.), they found themselves locked out of an empty office.

On Sunday, pro-abortion activists in the Women’s March — many of whom wear hats that resemble female reproductive anatomy — will walk the same path pro-life advocates walked. Many abortion lobbyists expressed grief and distress at the pro-life movement’s victory at the high court.

“It will take generations to reverse the damage that was done” to the pro-abortion movement “in just one year,” Nunes concluded.

The West Coast Walk for Life takes place on Saturday.