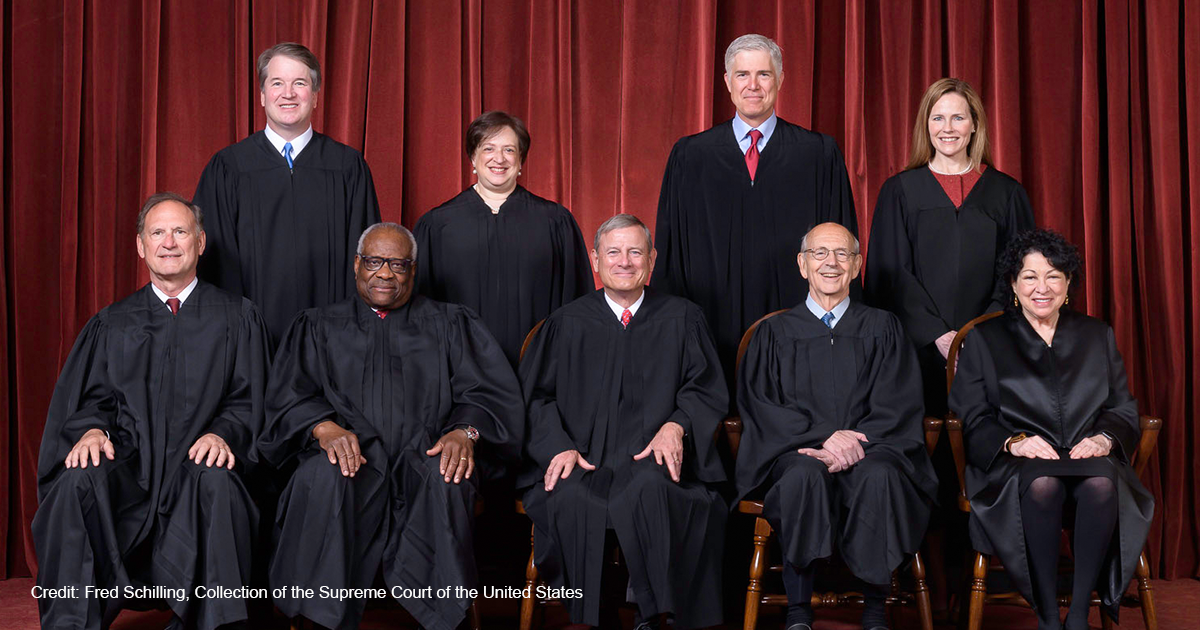 This Is the Most Constitutional Court in 87 Years: Expert

The current session of the U.S. Supreme Court has shown greater fidelity to the Constitution than any collection of justices in nearly nine decades, according to a legal scholar.

The Supreme Court’s conservative bloc has created powerful, binding precedent that justices must interpret the Constitution according to the original intent of the Founding Fathers. Judicial activism — substituting liberal jurists’ views for those of the framers — was never acceptable and must be eliminated from American jurisprudence, three cases over the last week held.

In Monday’s Supreme Court ruling about the proper limits on the free exercise of religion (Kennedy v. Bremerton School District), Justice Neil Gorsuch wrote that all court rulings must be in “accor[d] with history and faithfully reflec[t] the understanding of the Founding Fathers.” (Internal quotation marks omitted.)

In last week’s decision striking down a restrictive gun control measure in New York state (New York State Rifle & Pistol Association v. Bruen), the justices agreed that the court can only rightly apply the Second Amendment through the lens of original intent. Justice Clarence Thomas wrote that “reliance on history to inform the meaning of constitutional text — especially text meant to codify a pre-existing right — is, in our view, more legitimate” than having judges impose their own views in a case, especially in the many topics where they lack expertise.

The court made clear its intolerance for judicial activism, and its adherence to an unchanging Constitution, when it overturned Roe v. Wade in Dobbs v. Jackson Women’s Health Organization. “The Constitution does not grant the nine unelected [m]embers of this [c]ourt the unilateral authority to rewrite the Constitution to create new rights and liberties based on our own moral or policy views,” wrote Justice Samuel Alito. “Constitutional analysis must begin with ‘the language of the instrument,’ which offers a ‘fixed standard’ for ascertaining what our founding document means.” (Citations omitted.)

That gives the court a track record of constitutional fidelity unmatched in 87 years. “You’d have to go back to 1935,” Ken Klukowski, former legal advisor to the Trump administration, told “Washington Watch with Tony Perkins” on Monday. By 1936, “issues start to go by the wayside as FDR was shaping the Supreme Court to the Left. And then, 1937 comes — what liberal historians called the ‘Switch in Time that Saved Nine’ — where two justices who had been voting conservative got worried about FDR’s court-packing plan and switched to liberal votes.”

The results showed only that “judges tend to be lousy politicians and vice-versa,” Klukowski explained, because even many of President Roosevelt’s stoutest liberal supporters criticized his plan as an open power grab. The White House confirmed on Monday that President Joe Biden continues to oppose court-packing. But due to the justices’ decision to curry favor with FDR, “we’ve been stuck now with the decisions that they started in that year” ever since, said Klukowski. “But I think you have to go back at least that far to find the kind of victories we’ve had in the … past week,” he said.

It’s historic, Perkins agreed. “So now that … we've removed the rubble [and the] the Styrofoam facade that the Left has put around the Constitution, we need to use [it] and exercise these First Amendment rights of religious freedom.”