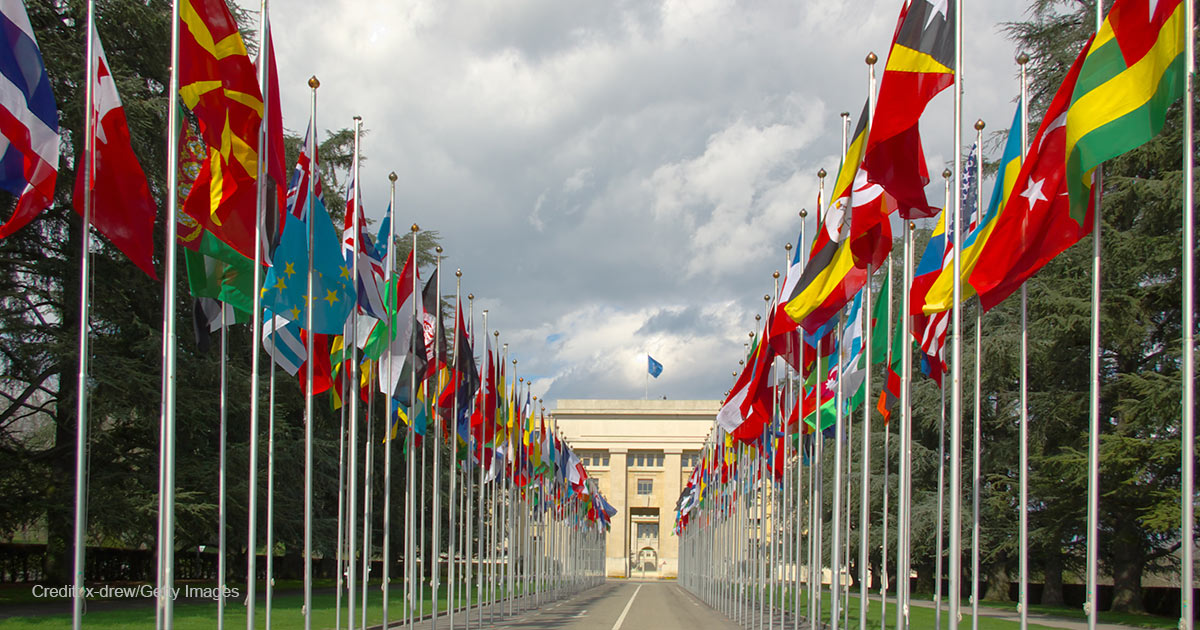 UN Pushes US: Fight Racism, Make it Easier for Minorities to get an Abortion

A representative of the United Nations has instructed U.S. officials to better implement a treaty against racism and that they must make it easier to abort minority children. Promoting abortion under the guise of fighting discrimination proves that the global body’s aggressive drive to undermine pro-life laws around the world “has reached a dangerous new level,” a U.N. watchdog has told The Washington Stand.

“The Committee is deeply concerned at the Supreme Court’s ruling in Dobbs,” which “overturned nearly fifty years of protection of women’s access to safe and legal abortion,” a report from the treaty body said. State pro-life laws and “systemic racism” will have a “profound disparate impact” on “racial and ethnic minorities, Indigenous women and those with low incomes.” The official recommendations of the committee — which oversees U.S. implementation of the U.N. Convention on the Elimination of Racial Discrimination (CERD) — instruct the Biden administration “to provide safe, legal and effective access to abortion in line with the international human rights obligations, and to “ensure that [abortionists] are not subjected to criminal penalties.”

Neither the treaty, which the U.S. ratified in 1994 under President Bill Clinton, nor any other U.N. document establishes abortion-on-demand as a “human right.” Yet U.N. bodies like this one have promoted liberal abortion laws in member nations for decades.

Even against that backdrop, the latest move reveals the U.N.’s intensifying campaign to combat pro-life protections around the world. “CERD has historically been one of the least aggressive in promoting abortion as a right,” Rebecca Oas, Ph.D., the associate director of research at C-FAM, told The Washington Stand. “This new set of recommendations by CERD to the U.S. reveals that the politicization of the UN’s human rights mechanisms — and their lack of regard for their mandates — has reached a dangerous new level.”

CERD is “among the few United Nations [treaty bodies] that has the opportunity to exert such pressure on the United States, which is famously reluctant to ratify multilateral UN human rights treaties,” Oas told TWS.

The body used that power to promote abortion, asked for reparations, and oppose border enforcement.

The report, which came out on Tuesday, followed the U.N.’s August 12 periodic review of U.S. adherence to CERD. The official conducting the hearings, Faith Dikeledi Pansy Tlakula of South Africa, asked, “What measures have been taken to address the impact of intersectional discrimination and systemic racism on the sexual and reproductive health and rights of racial and ethnic minorities?”

The Biden administration’s delegate, Jessica Swafford Marcella of the Department of Health and Human Services (HHS), insisted President Joe Biden sees access to abortion as “essential.” Promoting medication abortion to all women in the United States — “including immigrants, non-citizens, [and] individuals who are undocumented” — will remain “a key focal point of the Biden-Harris administration,” she vowed.

Tlakula also asked if President Biden would establish “a commission to study and develop reparation proposals for African Americans.”

CERD’s report criticized U.S. Border Patrol agents for allegedly using excessive force to prevent Haitians from crossing the border illegally into Del Rio, Texas, last fall — an allegation the U.S. was investigating, said Department of Homeland Security civil rights official Peter Mina. In fact, the investigation closed this summer, after a 500-page report from the U.S. Customs and Border Protection found “no evidence” the agents harmed anyone. The agency punished the Border Patrol officials for using “denigrating” language, instead.

“The United Nations knowingly provides a global platform to dictators that intimidate, detain, and murder dissidents,” said Senator Marco Rubio (R-Fla.). “This committee is a joke and no one in Florida takes it seriously.”

“The only question is why we keep sending taxpayer dollars to the U.N. in the first place.”