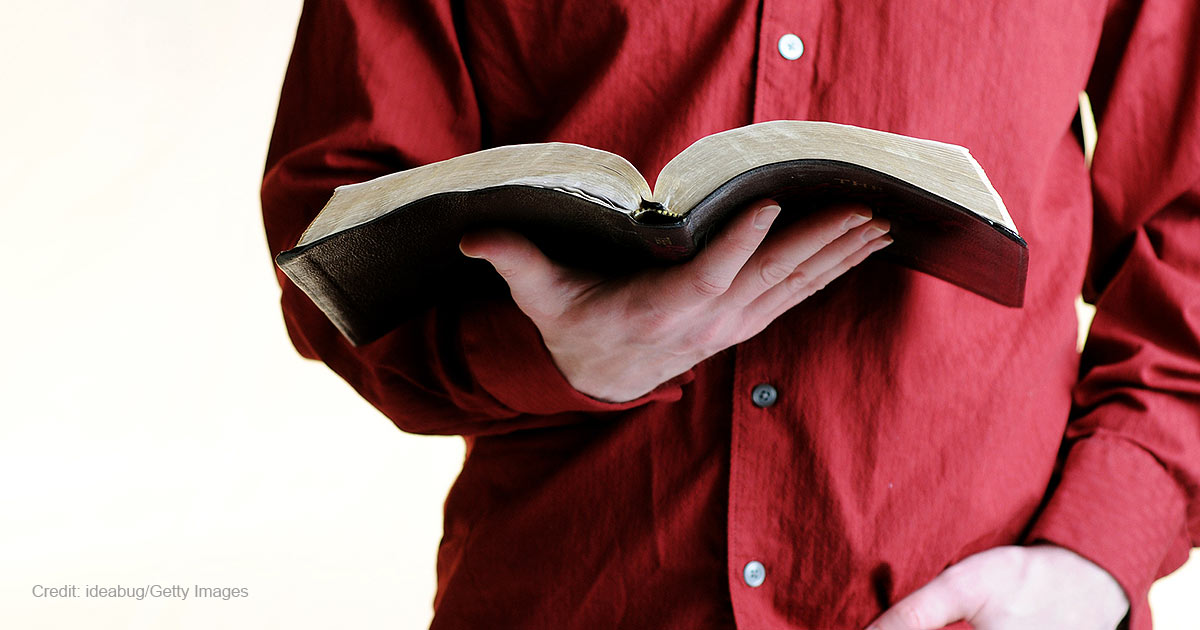 While Bible Readership Is Down, Reports of Its Transformative Power Are Up

In April, the American Bible Society began releasing its 12th annual State of the Bible report in stages. While the first chapter of the study revealed that the American public’s overall engagement with the Bible is at a historic low of 19%, the latest chapter of the study found that almost 40% of non-Bible users say “the message found in Scripture has transformed their lives.”

John Plake, the director of Ministry Intelligence at the American Bible Society, joined “Washington Watch” on Thursday to discuss the latest findings of the report. He explained that according to the Society’s metric, it shouldn’t be difficult to be a “Bible user.”

“There are 155 million American adults who don’t make the cut,” he said. “They’re not considered Bible users. And remember, being a Bible user isn’t really all that hard. All you have to do is voluntarily read the Bible at least three or four times a year or more to be considered a Bible user. And that’s been a consistent metric that we’ve used over the years.”

Still, Plake noted that even people who interact with the Bible in a very limited way still find it valuable. “What we’re hearing Americans say is, ‘When I open up God’s word, I find that that message is transformational in my life today. It’s not old, it’s not out of date, it’s not irrelevant, but it’s really relevant for me today.’ And that’s really good news.”

Plake further emphasized that when people move toward more consistent interaction with Scripture, their lives improve. “We find consistently that as people pass that bar and they’re in the category of the Scripture engaged, they just do better in so many ways. They’re better in overall measures of what Harvard calls ‘human flourishing.’ They have lower levels of stress. They cope better with the stresses that they encounter day in and day out. So there is this very deep and robust correlation between people who go to God’s word, seeking His wisdom, seeking to hear His voice and those who are doing well in life.”

Plake went on to point out that there is tremendous potential for converts amongst a huge cohort of Americans who describe themselves as “open” to the Bible.

“There’s … about 66 million American adults that we consider to be in the movable middle,” he explained. “These are people who are open to the Bible. They’re kind of test driving the Bible. … They come to Scripture with their own questions or their own issues. They’re facing some kind of disruption. Maybe it’s good news, like ‘I’m getting married, and I don’t know how to be a good husband.’ Or maybe it’s challenging news, like ‘I’m facing anxiety and uncertainty, and I don’t know how to handle that.’ And so often they come to Scripture with these questions. Does God’s word offer me any wisdom … for where I am in my life today?

Plake continued, “What’s fascinating is we find that when they have a competent guide to get them to what they’re looking for, they do find hope and help in God’s word. And often they tell us they’re surprised by that. They say, ‘I didn’t know that was in there.’ And the second question is also kind of cool, and that’s ‘I wonder what else is in there?’ And that’s where the journey begins, digging into God’s word and beginning to learn its shape, its structure, and its message for all of humankind.”

In recent years, Plake described, there has been a shift in how the Bible is seen in society, which is opening up a unique opportunity for believers to spread their biblical knowledge. “Over the last 50 years, we’ve moved away from the default position, that ‘the Bible is good and I should know it, and if it says it, I should believe it,’” he observed. “Instead, the Bible is competing in the marketplace of ideas in America, and people are open to it and willing to listen to it.”

So how should Christians help people engage with Scripture?

“It all begins with listening,” Plake underscored. “[L]istening to our neighbors in America, trying to answer their questions [and] understand where they’re coming from so we can connect them with God’s word. … [T]here are some great tools for that. … [Y]ou can download the Holy Bible app from the App Store or Google Play Store, and it has Bible reading plans for every topic imaginable. I actually did this little exercise with an Uber driver in Colorado Springs, Colorado, and I pointed him to some resources for parenting. He’d never read the Bible before, but he was so grateful that I could connect him to a biblical answer to the questions he was facing in his day to day life. And so I’d start there.”