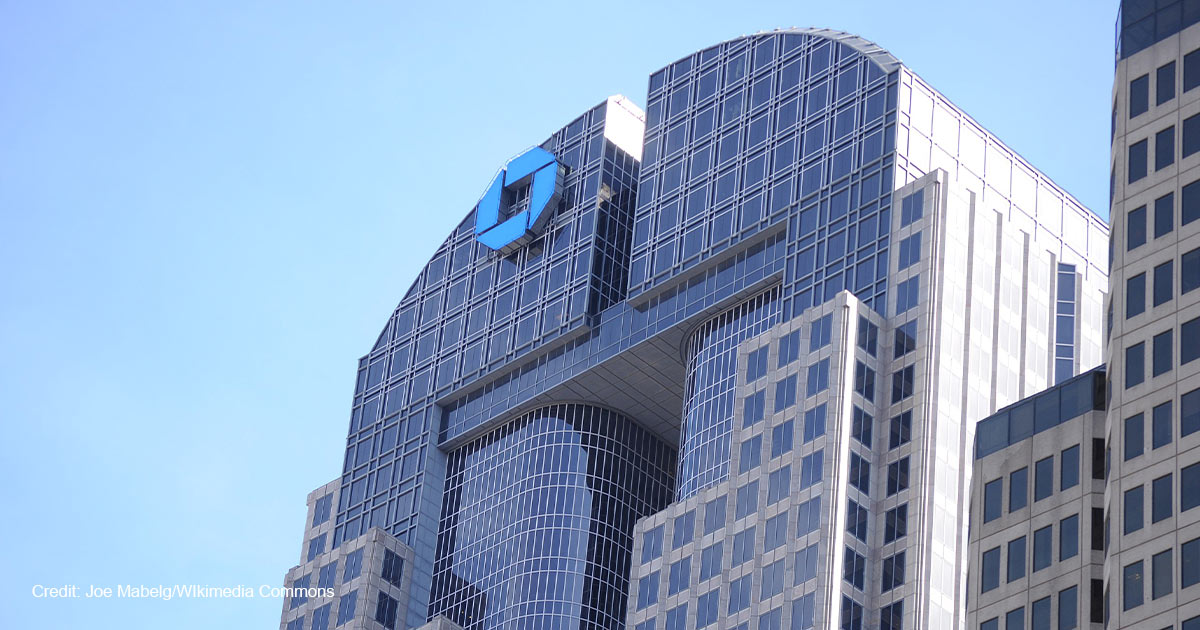 Former U.S. Ambassador at Large for Religious Freedom Sam Brownback founded the National Committee for Religious Freedom (NCRF) to continue the human rights work he began during the Trump administration. But when the former governor and U.S. senator from Kansas tried to make NCRF’s first bank deposit with JPMorgan Chase & Co., he got startling news: Someone in high finance decided that religious freedom advocates did not deserve to have access to basic financial services.

“They said, ‘Your bank account has been canceled. We’ll be sending you back your funds. That’s it,’” Brownback told “Washington Watch with Tony Perkins” on Thursday. After “repeated efforts to contact people, we were told, ‘Well, the decision was made at the corporate level. It’s secret. We’re not going to tell you about it. And it’s irrevocable, and that’s it. Goodbye.’ That was what we got.”

A bank employee named “Chi-Chi” said “a note in the file read that Chase employees were not permitted to provide any further clarifying information to the customer,” Brownback revealed. NCRF stated that Chase later alleged the group had failed to provide necessary documents within a 60-day window; but NCRF only had an account for 20 days and furnished all requested forms, the group said. Chase’s explanation sounded like a “smokescreen,” it said.

An avalanche of cancellation notices poured in from other financial partners, based on Chase’s action. Just 20 days into its existence, NCRF came under financial siege — and the prospects for its survival, like Christians’ freedom of religion under despotic regimes, seemed remote.

Chase later said it “would be willing to reconsider doing business with the NCRF if we would provide our donor list, a list of political candidates we intended to support, and a full explanation of the criteria by which we would endorse and support those candidates,” Brownback recounted, something he called “entirely inappropriate.”

His group had become the latest victim of ESG — the environmental, social, and governance (ESG) investing movement, in which radical activists pressure banks and other financial institutions to deny services to legal, but politically disfavored, industries. Critics liken ESG to China’s infamous social credit score, in which dissidents and nonconformists lose access to everyday transactions; low scores have barred 23 million Chinese from traveling.

Christian conservatives in the United States have reported progressively greater difficulty accessing banking services. Evangelist Nick Vujicic said he found himself canceled after he began speaking out against the abortion industry (which seemingly has no trouble banking). “I got kicked out of a bank with no warning. They froze my credit cards, froze my debit cards,” he told CBN News in July. Similarly, the CEO of Salesforce threatened to cut ties with states that enact pro-life or pro-family policies. Brownback told Perkins there are, at a minimum, “dozens” of other faith-based organizations “that I have personally talked to that have had a similar experience” to NCRF’s.

At times, the banking community has reacted to government pressure, such as the Obama administration’s Operation Choke Point. The program, launched in 2013, threatened banks with regulatory retaliation if they did business with such industries as guns and ammunition dealers. Federal regulators showered banks that did business with the firearms industry with 60 subpoenas over six months. “The Obama [a]dministration created this ill-advised program to suffocate legitimate businesses to which it was ideologically opposed by intimidating financial institutions into denying banking services to those businesses,” said then-Rep. Bob Goodlatte (R-Va.) when President Donald Trump ended the program in September 2017.

Left-wing Reps. Alexandria Ocasio-Cortez (D-N.Y.), Rashida Tlaib (D-Mich.), and Ayanna Pressley (D-Mass.) have picked up the baton, using their membership in the House Financial Services Committee to cajole banks into curtailing business with fossil fuel companies, firearms, and private organizations that build illegal immigrant detention centers. They view this tactic as a substitute for their inability to enact socialist policies through the democratic progress. “There’s more than one way to skin a cat, and not everything has to be done through legislation explicitly,” AOC told Politico in 2019.

NCRF’s mission hardly seems controversial: The nonpartisan organization — whose advisory board includes members of both major political parties and people from such diverse faiths as Christianity, Judaism, Islam, the Church of Jesus Christ of Latter-Day Saints (LDS), and Hinduism — pledges to defend religious liberty in education, health care, the military, and corporate life. The financial industry’s censorious actions seem all the more disturbing, and un-American, because freedom of religion is “one of the very foundational pieces of human rights that allowed for the creation of this nation,” Brownback told Perkins.

Brownback would have good reason not to reveal NCRF’s donor list: Conservatives have suffered repercussions, and career harms, for putting their money where their faith is. The Human Rights Campaign, an LGBT pressure group, published all known supporters of the National Organization for Marriage, a move opponents said aimed to harass and intimidate them, even before an anonymous IRS employee leaked NOM’s confidential donors list in 2012. Two years later, Brendan Eich was hounded out of his position as CEO of Mozilla, the company behind the Firefox web browser, after it emerged that he donated $1,000 to Proposition 8, the successful campaign to protect marriage in California’s state constitution.

Brownback refuses to allow liberal prejudice to deny Christians fundamental services such as banking. NCRF has launched the ChasedAway campaign, asking people of faith to share stories of discrimination from the financial services industry. The group will find significant support: 87.1% of Americans said they are more likely to “stop using a product or service of a company that openly advocates for a political agenda,” according to a recent Trafalgar Group poll.

Churches, religious nonprofits, or believers who run for-profit businesses that may not have yet lost their access to capital should not remain complacent, Brownback said. “I never thought it would happen to me, but it did,” an incredulous Brownback told Perkins. “I think clearly these things need to be investigated at the state [level] by state attorney[s] general, and at the federal level.”