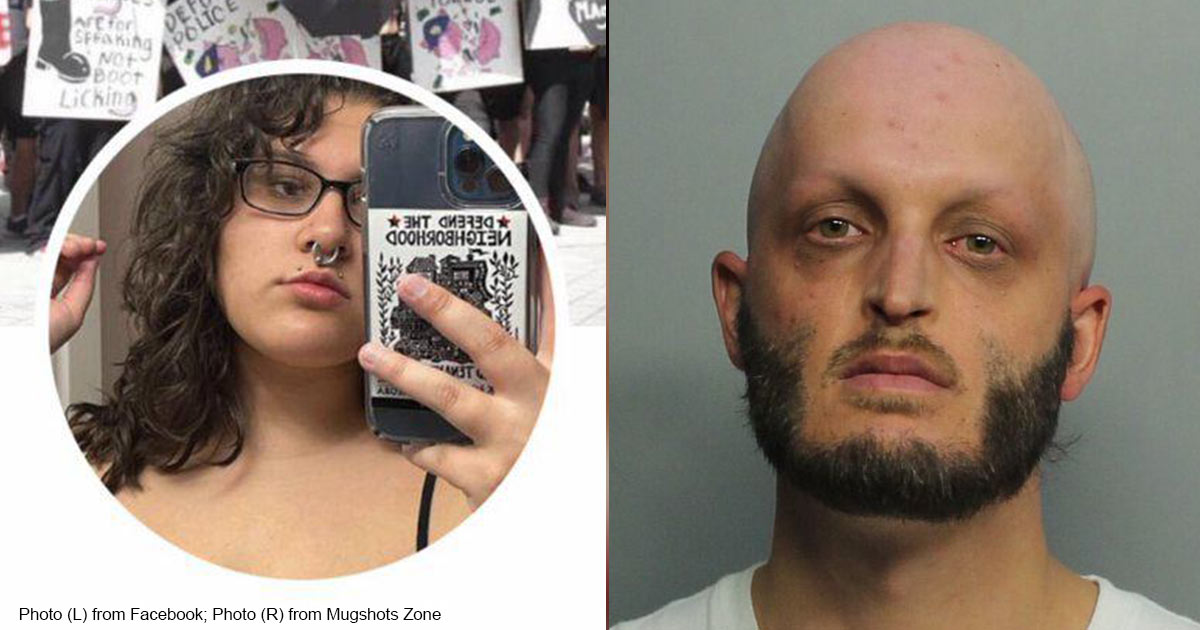 The Department of Justice (DOJ) investigation into pro-abortion attacks on churches and pregnancy resource centers (PRCs) accelerated Tuesday from motionless to glacial. Nearly nine months after the Dobbs opinion leak on May 2, 2022, which triggered a wave of pro-abortion violence, the DOJ finally announced the first two grand jury indictments against Caleb Freestone and Amber Smith-Stewart. The indictment alleges that these individuals “targeted pregnancy resource facilities and vandalized those facilities with spray-painted threats.”

“This, frankly, is good to see if it is an indication that the Justice Department will start upholding the law in a fair, non-biased way,” said Family Research Council President Tony Perkins on “Washington Watch.” “It wouldn’t have happened had the Republicans not gained the majority in the House and said, ‘This is a priority.’”

Along with “other co-conspirators,” the indicted individuals “spray painted threats, including ‘If abortions aren’t safe than niether [sic] are you,’ ‘YOUR TIME IS UP!!,’ ‘WE’RE COMING for U,’ and ‘We are everywhere,’ on a reproductive health services facility in Winter Haven, Florida,” the LifeChoice Pregnancy Center, targeted on June 25, 2022. The indictment also alleges that the same people targeted the Respect Life Office in Hollywood, Florida (May 28, 2022) and Heartbeat of Miami in Hialeah, Florida (July 3, 2022).

The indictment charges Freestone and Smith-Stewart with violating the FACE (Freedom of Access to Clinic Entrances) Act by threatening employees and intentionally damaging property. If convicted, they face “a maximum of 12 years in prison, three years of supervised release and fines of up to $350,000.” The FACE Act was passed to protect abortion centers, but it protects pro-life pregnancy centers and churches too.

Freestone and Smith-Stewart both have ties to Antifa-style groups. Smith-Stewart describes herself as, “Antifa, anti-capitalist, ACAB [a crude, anti-police acronym], they/them, NON BINARY,” and she has posted Antifa stickers and messages online, including, “Fight all governments, there’s no authority but yourself,” “make racists afraid again,” and “Muerte a América” (Death to America).

Freestone has denied being a member of Antifa, but he does belong to Whatever It Takes (WIT), a group that organizes protests in the Miami Anti-Fascist Newsletter. “They say to vote, that’s their solution. Well, I’m not going to standby until November,” said Freestone in July. WIT (which only seemedactive from May-October of 2022) trained “affinity groups” to fight police and bail one another out of jail as a “revolutionary organization,” protested the end of Roe, and promoted other Marxist groups and propaganda. While WIT’s membership is unknown, most of its reported activity involved Freestone and one or two females, so it may have boasted only three members.

Freestone himself was arrested or detained on three separate occasions between July and September, unrelated to his alleged vandalism of pro-life pregnancy centers. On July 9, Freestone was detained (but not booked) for climbing a Miami-area bypass to hang a banner that read, “S.O.S. Biden / They won’t stop at Roe.” On July 20, he was arrested at a school board meeting and “charged with disorderly conduct, trespassing after a warning and resisting arrest without violence,” although Miami’s state attorney later declined to prosecute the charges. On September 15, Freestone was arrested for disrupting — heckling the speaker and strewing business cards around the room — at a fundraising gala for Heartbeat of Miami (HoM), one of the pregnancy centers he is charged with vandalizing.

Freestone’s last arrest, in particular, highlights the DOJ’s lack of urgency in investigating attacks on pro-life pregnancy centers. Heckling the HoM gala should have made Freestone and his one or two female associates top suspects for the vandalism of HoM months earlier — calling it a “fake clinic” demonstrates motive, at least. At the very least, it seems worthwhile to check their booking photos against the video of the likely vandals, which resemble them. More than four months later, the DOJ finally obtained an indictment, but it’s worth wondering how long the DOJ took to connect the dots.

The DOJ’s lack of action on PRC investigations has opened it up to criticism of implementing a two-tiered system of justice. “The Biden administration was slow to respond to the many attacks on these centers despite pressure from pro-life members of Congress and outside advocacy groups,” said Perkins. These indictments came only “after months of dragging their feet on responding to the attacks on pregnancy resource centers.”

In 2022, the DOJ charged 26 pro-life activists under the FACE Act (up from four charged in 2021) for incidents more than a year old. They even raided a septuagenarian’s home and arrested him with guns drawn. Yet, despite having 100 attacks on churches and pro-life pregnancy resource centers to choose from, the FBI did not make a single arrest or indictment in 2022 related to the pro-abortion violence. Tuesday’s charges are the very first charges filed. U.S. Associate Attorney General Vanita Gupta explained in December that the Supreme Court’s Dobbs opinion “increase[ed] the urgency of our work, including enforcement of the FACE Act, to ensure continued lawful access to reproductive services.”

But while the DOJ’s prosecution of pro-lifers became urgent, foot-dragging has characterized its investigation into pro-abortion violence from the start. It didn’t even begin to investigate until mid-June, after 52 attacks in 46 days — and only after Congressional pressure shamed them into action. A week later, the FBI had not even contacted many of the victims. By the beginning of the 2023, the silence from the FBI’s investigation was so deafening that PRCs were hiring their own private investigators to do the government’s job for them. Finally, on January 19, 2023, the FBI announced it was “seeking the public’s help to identify the individual(s) responsible” for the pro-abortion attacks and offering a $25,000 reward.

Let’s review the tape, shall we? The FBI delayed opening an investigation for a critical six weeks as attacks, threats, and intimidation continued unabated. The FBI then investigated for another seven months without filing a single charge. After finally offering a reward for information, the FBI obtained two indictments within a week. Maybe it should have led with that eight months ago!

What were the DOJ and FBI doing for all that time? They were prosecuting cold cases against pro-lifers. They were “monitoring” state pro-life laws for any reason to sue. They were meddling in court cases that were none of their business to harass tiny conservative nonprofits. They were investigating parents as domestic terrorists. They were playing politics by raiding a former president’s home (we now know they were not searching the former vice president’s home for the same reason). They were not prosecuting investigations of pro-abortion violence with the same urgency with which they persecuted their partisan opponents. 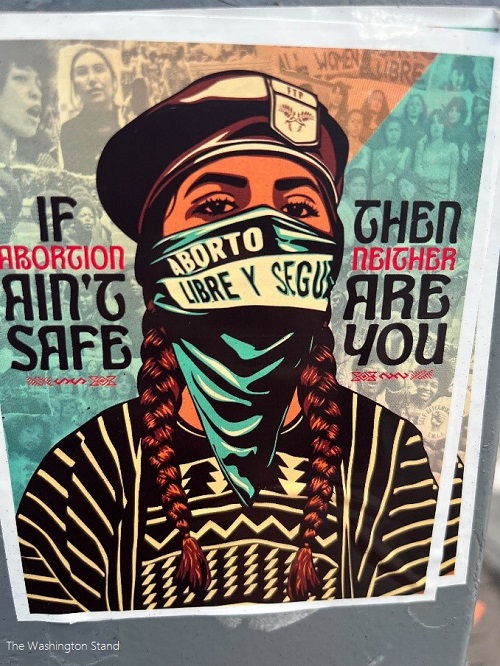 Meanwhile, threats to pro-lifers continue. Posters with the message, “if abortion ain’t safe, then neither are you,” a slogan created by the group styling itself “Jane’s Revenge,” appeared around downtown D.C. during daylight hours on Friday — the day of the March for Life. One poster was pasted on a utility box at a busy street corner between a public library and a Smithsonian museum — two buildings well-armed with security cameras.

So long as pro-abortion radicals can post threats with impunity — on camera, during broad daylight — then pro-lifers will justly question whether federal law enforcement is doing their job to enforce the law fairly.