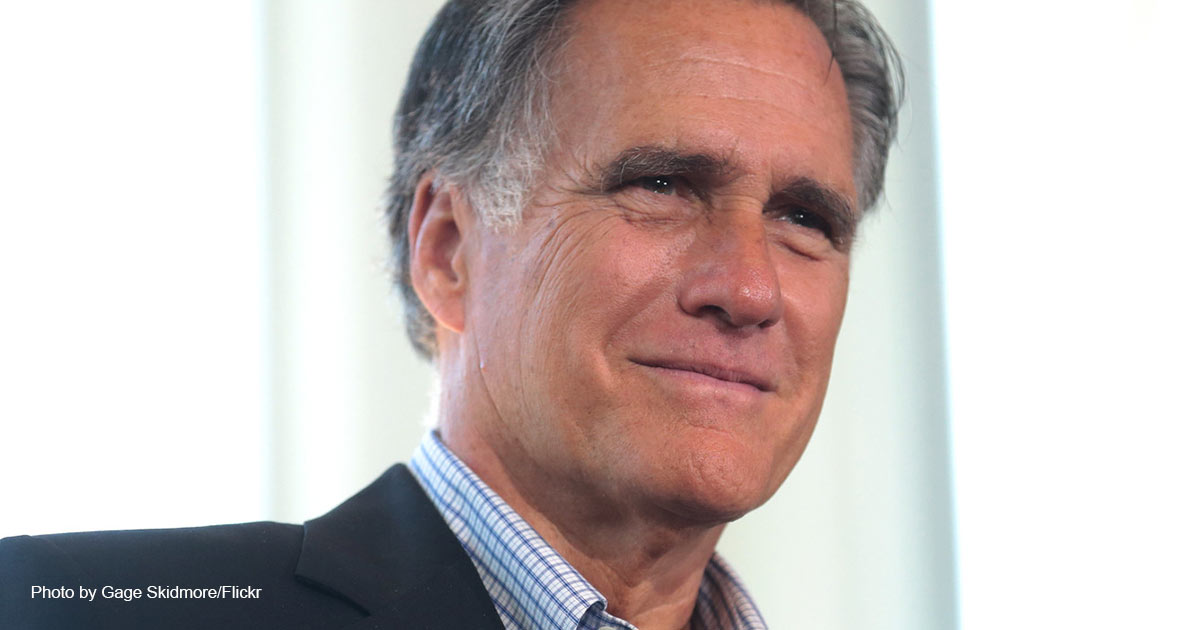 6 Republican Lies Behind the ‘Respect for Marriage’ Act

The recent, lamentable vote over the so-called Respect for Marriage Act revealed a new breed of Republican: The “personally pro-marriage, but” Republican. Like their spiritual forebears, the “personally pro-life, but” Democrats, they strenuously present themselves as people of deep moral conviction, who have equally compelling reasons to lay aside their views and act on other people’s convictions for political reasons. Here are six such explanations offered by Republican senators who supported the Disrespect for Marriage Act, and the reason their rationales fall short.

The statement: In her official statement on the bill’s passage, Senator Cynthia Lummis (R-Wyo.) invoked America’s Founding Fathers. “Striking a balance that protects fundamental religious beliefs with individual liberties was the intent of our forefathers in the U.S. Constitution and I believe the Respect for Marriage Act reflects this balance,” Lummis said.Lummis, who says she identifies “as a Christian and a conservative,” noted, “While I firmly believe marriage is a sacred union between one man and one woman, I respect that others hold different beliefs.”

The lie: The Founding Fathers never intended to “strike a balance” between religious liberty and “individual liberties”; religious liberties are individual liberties. The Bill of Rights made freedom of religion its first freedom: “Congress shall make no law respecting an establishment of religion, or prohibiting the free exercise thereof,” says the First Amendment. Congress — and all members from the founding generation to Lummis’s — are legally prohibited from stymying the free exercise of religion.

The Founders considered the right to practice religion, not merely hold it, as fundamental and inviolable. “To restrain the profession or propagation of principles on supposition of their ill tendency is a dangerous fallacy, which at once destroys all religious liberty,” wrote Thomas Jefferson. James Madison agreed, “The Religion then of every man must be left to the conviction and conscience of every man: and it is the right of every man to exercise it as these may dictate.” Even at the dawn of our independence, Samuel Adams said “this happy country” had become the “last asylum” for “the right of private judgment in matters of conscience.”

Yet this bill obliterates that balance, forcing Christian bakers, florists, web designers, and many other professionals to choose between violating their faith or losing their business. As Missouri Secretary of State Jay Ashcroft told “Washington Watch” on December 5, the bill represents a “massive step away from how this country was founded, and it will eventually affect every individual who has a deeply held religious faith, regardless of what that faith is.”

And, of course, it is possible to “respect” the views of others without making their views the law of the land.

The statement: Senator Lummis received plaudits from colleagues on both sides of the aisle for her self-contradictory speech supporting the Respect for Marriage Act. Standing on the Senate floor, Lummis said, “We do well by taking this step, not embracing or validating each other’s devoutly held views, but by the simple act of tolerating them.”

The lie: Tolerance is precisely what the Respect for Marriage Act annihilated. In the unlikely event that justices overturned Obergefell, the states would have regained the right to make their own marriage laws democratically, as they had for 226 years before the ill-conceived ruling. The genius of federalism, enshrined by the Founding Fathers in the Constitution, forced states to tolerate other states coming to different policy conclusions. The Respect for Marriage Act replaced the 50 states’ peaceful coexistence with imperious, top-down government decrees designed to silence one side of the debate.

The statement: Senator Mitt Romney (R-Utah) also tried to square his belief in the nuclear family with his vote to redefine the institution. “While I believe in traditional marriage, Obergefell is and has been the law of the land upon which LGBTQ individuals have relied,” Romney said.

The lie: If Congress should “codify” same-sex marriage because same-sex couples have “relied on” Obergefell for seven years, what possible reason can Romney give to oppose “codifying” abortion-on-demand? Roe v. Wade stood for 49 years and affected more than half of all Americans; people who identify as gay make up 4% of the U.S. population, and only 10% of them have ever obtained a marriage license. The notion that women “rely” on the Supreme Court’s diktats echoes another Republican disappointment: Justice Anthony Kennedy, who upheld Roe on specifically those grounds. Kennedy wrote in Casey v. Planned Parenthood (1992), “[M]illions of women continue to rely on the fundamental rights guaranteed in Roe v. Wade.” The same compass-free jurisprudence, from the same justice, undergirds Obergefell v. Hodges. How long until Romney endorses the “Reproductive Freedom for All” Act?

The statement: Senator Romney offered a second rationale for his vote to redefine marriage in all 50 states: “While I believe in traditional marriage ... [t]his legislation provides certainty to many LGBTQ Americans, and it signals that Congress — and I — esteem and love all of our fellow Americans equally.”

The lie: Normal people don’t ponder whether their leaders “love” them (although GOP base voters could be forgiven for asking if the party elite hate them). National laws are not meant to serve as mash notes; legislation exists to codify policies that accord with reality to further human flourishing. “Our laws actually don’t confer dignity. You and I don’t actually confer dignity. We just acknowledge dignity,” said David Closson, director of the Center for Biblical Worldview at Family Research Council, on the December 9 episode of “Washington Watch.”

As the slippery slope continued, Senate Republicans began backtracking from other principles, as well. Senator Shelley Moore Capito of bright red West Virginia did not say she believes in traditional marriage, only that “I appreciate my fellow West Virginians who have reached out to me regarding the sanctity of marriage, and hold sincere beliefs based on strong traditional and religious values.” But Capito and her fellow Republicans (except Susan Collins of Maine) voted for a religious liberty amendment from Senator Mike Lee (R-Utah), signaling the underlying legislation did not go far enough to protect people of faith from potentially bankrupting lawsuits. Then these Republicans, including Capito, voted for the unamended bill, anyway, indicating their willingness to see believers persecuted by LGBT activists, which hardly reflects Capito’s appreciation.

Likewise, Senator Dan Sullivan (R-Alaska) admitted he had abandoned his constitutionalist/federalist principles in subjecting 50 states to an imperial decree from Washington. He offered this explanation: “While I’ve long held that marriage should be an issue left up to the states, the Supreme Court nationalized the issue in Obergefell v. Hodges in 2015. Although I disagreed with Obergefell, I said then I would respect the [c]ourt’s decision and also continue to fight for, respect, and defend the religious liberty of all Americans.”

Sullivan said he opposes national legislation — but since an activist court already nationalized the issue, he voted to expand their ruling and create new threats to religious liberty without giving people of faith a single additional protection.

These are but six lies. The greatest unspoken lie holds that legislators can change the definition of marriage by majority vote on the Supreme Court or in Congress. The eternal truths the Creator established to order the world will continue as certainly as they have endured in endless ages past. The only question is whether sage leaders obey them and enjoy the benefits — or defy them, and cause all of us to reap consequences too plain to be hidden beneath soothing-sounding falsehoods.