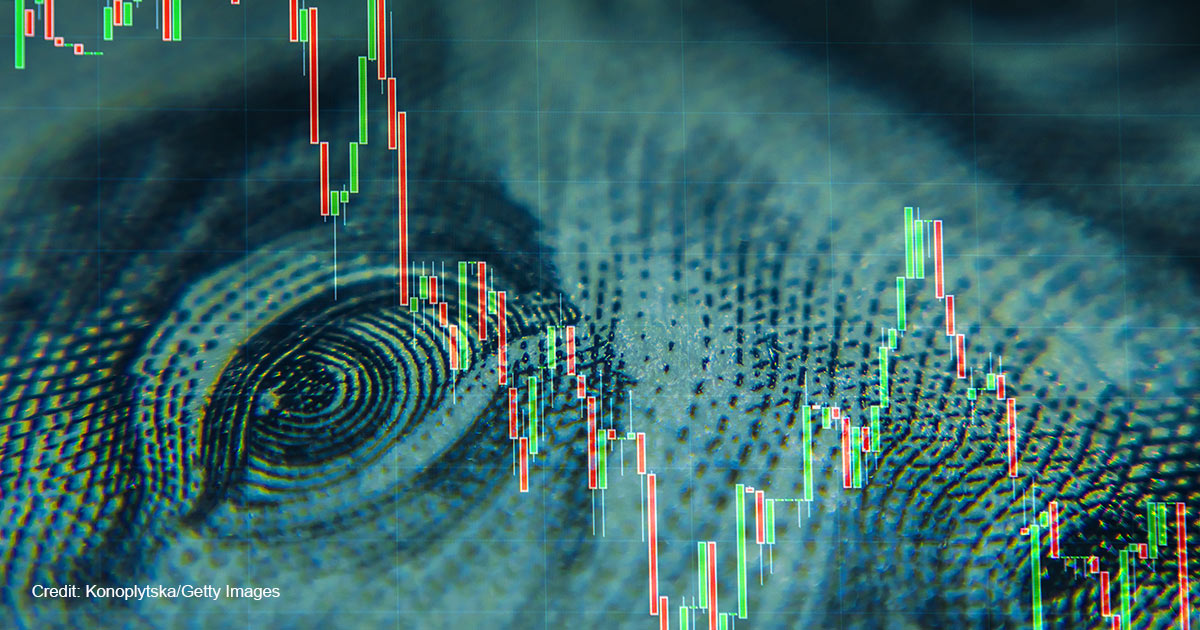 A failing football team might come out of halftime and score a fluke touchdown based on their opponents’ successive penalties, but that doesn’t mean they’ve figured out how to generate effective offense. Just so, a positive result for the Gross Domestic Product (GDP) advance estimate for the Third Quarter (July-September) of 2022 doesn’t mean the U.S. economy is gaining strength. Despite reversing two consecutive quarters of GDP contraction, the result, which the Bureau of Labor Statistics (BLS) released on Thursday, left economists dissatisfied. This GDP estimate is the last important economic update before the voters head to the polls on November 8 (October unemployment figures will be released on November 4, but will likely show little change and impact few votes).

BLS reported that “real” (adjusted for inflation) GDP grew at an “annualized” rate of 2.6% (that is, if the current rate remained constant, GDP would increase by 2.6% over one year). Unsurprisingly, consumer spending waned compared to the second quarter, as inflation continues to take mighty chomps out of every household’s dollar. Private domestic investment also fell sharply, as fewer households have surplus personal income to file away for a rainy day — we’re caught in an inflation-driven thunderstorm, after all. Instead, the GDP numbers were bolstered by international trade —exports increased and imports declined — hardly a good sign for domestic consumers.

“The GDP reading,” wrote The Wall Street Journal, “obscured an economic slowdown taking hold.” According to a WSJ survey of economists, the “probability that the U.S. is in a recession in the next 12 months including today” was at 63% in October, up from 49% in July. Even The New York Times, whose leftward slant provides a motive to paint a rosier picture that will boost Democrats in the election, had to agree, calling consumer spending “the bedrock of the U.S. economy.” They had to admit, “the third-quarter figures were skewed by the international trade component.” They quoted Bank of America’s chief U.S. economist, “Ignore the headline number — growth rates are slowing.” Statistics always require interpretation, and the experts seem to agree that the headline GDP bounce is thin ice.

All this spells trouble for Democrats on election day because voters often exact political retribution for their economic woes on the party in power. Democrats currently control the White House, the Senate, and the House of Representatives. Yet fully two-thirds of Americans believe the country is on the wrong track, while only one quarter believe it is headed in the right direction, according to Real Clear Politics’ average of polls.

Democrats are thrashing about for an economic message that will buoy their sinking midterm chances like a life preserver. On Monday, President Biden argued that the Republicans would ruin the economy and cut entitlements, a driverless bandwagon upon which the rest of his party has jumped (when they aren’t proclaiming abortion without restrictions, that is). But National Review columnist Charles Cooke argues their focus on economics comes too late.

For 18 months, Cooke said, Democrats dismissed inflation with trivial excuses, “It’s not going to happen; it’s going to happen but not much; it’s going to happen but not for long; it’s actually fine.” They passed trillions of dollars in new spending, tried to pass millions more, and then settled for passing just a fraction of that spending under the unrelated title, “Inflation Reduction Act.” You could as easily organize a table full of newspaper clippings with a leaf blower. The point is, voters were already predisposed to blame the Democrats for their economic woes, and the Democrats did everything possible to confirm their disappointment.

To make matters worse, Democrats have redistributed the economic blame up and down their ballot. That is, it’s not just Democrats in Washington who have shaved down family finances; households are struggling in Democrat-run states as well. According to the Emerging Housing Markets Index, 18 of the 20 most affordable cities to live in are in Republican-led states. This, catalyzed by the COVID work-from-home era, has provoked many citizens to “vote with their feet,” pulling up roots and relocating to more affordable (not to mention safer and freer) communities. This was evident in the 2020 census realignment, with California, New York, and Illinois losing seats in the U.S. House of Representatives, while Texas and Florida gained more.

The discouraging economic outlooks spells trouble for another major political player — the U.S. Chamber of Commerce. For years, they exercised major influence in Washington, authoritatively denoting which candidates were “pro-business,” issuing hundreds of endorsements per election cycle. But over time, the Chamber ventured astray from their main business and began to flirt with progressive social causes, attacking candidates and even whole states for pro-life, pro-family actions. They endorsed and funded a growing list of anti-business candidates whose progressive social priorities they admired.

Their foolish behavior earned them the disgust, and then mistrust, of pro-business, conservative Republicans. House Minority Leader Kevin McCarthy (R-Calif.) explicitly broke with the Chamber last autumn, an indication that their divorce from the Republican Party was nearly complete. But Republican animosity has gained them no favors among Democrats. The Chamber of Commerce is dismayed that, after they endorsed a large number of Democrats in 2020, the Democrats have pursued anti-business policies, just as they always have promised.

Consequently, the Chamber has dramatically reduced its political footprint, cutting its endorsements by 60% (from about 220 to less than 80). That’s down from nearly a majority in the House of Representatives (and a few senators) to a small faction incapable of passing (or stopping) any piece of legislation on its own. And the Chamber has no one but itself to blame for engineering the conditions for this self-imposed political exile when it abandoned its basic commitment to pro-business policies in favor of an extreme social agenda.

Ironically, the Chamber’s political priority on progressive social policies looks remarkably similar to the anti-business Democratic majorities, which have driven our economy (or, perhaps, let it drift) into the perilous state in which it now stands, on the brink of the midterm elections. Due to the current government’s mismanagement (more than its mis-message-ment), the gathering wave sure seems to glimmer with a scarlet hue.