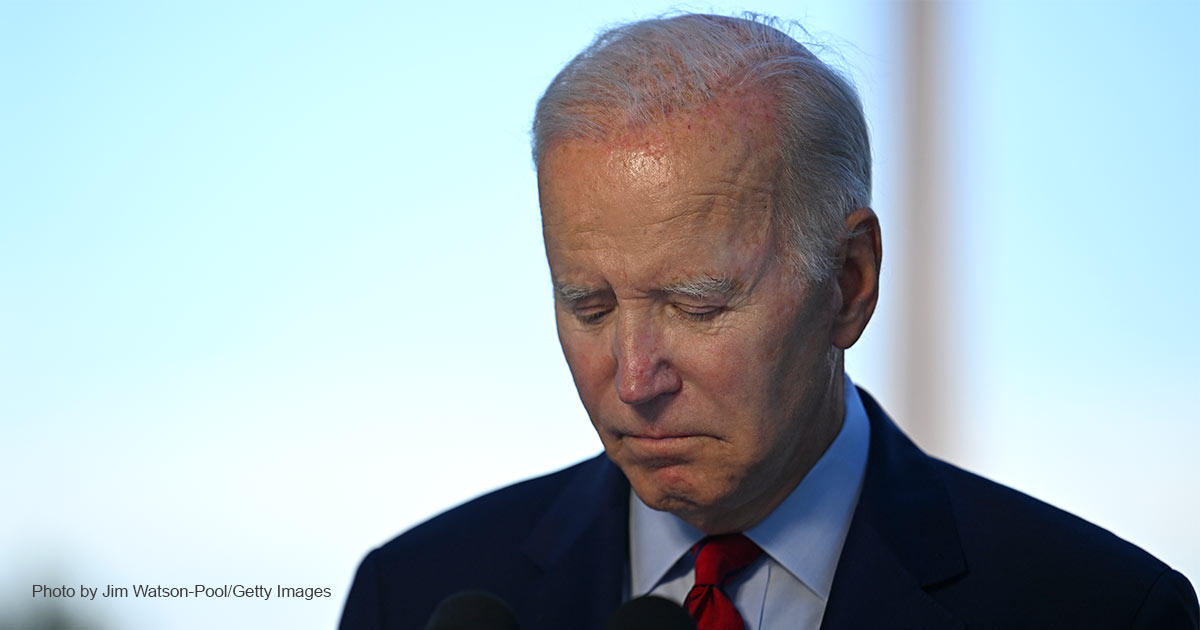 How the Federal Government Created the Student Loan Crisis

On Wednesday, President Joe Biden unveiled a sweeping plan to let delinquent student loan borrowers transfer tens of thousands of dollars in debt to taxpayers. If he were a biblically minded leader, Biden would have used his nationally televised press conference to repent of his role in creating the student loan crisis in the first place.

Biden’s student loan bailout would let individuals write off $20,000 in unpaid student loans if they received Pell Grants or $10,000 if they did not. The plan is open to households that make up to $250,000 a year or individuals who make $125,000. It would also reduce the number of people who have to make student loan payments at all and the amount and time they must pay before U.S. taxpayers pick up the tab for their full loan.

While much of the commentary has focused on students who refused to make their loan payments, little commentary has discussed how successive Democratic administrations set those students up for failure. The federal government largely nationalized the student loan industry in 2010 via a piece of legislation related to Obamacare, the “Health Care and Education Reconciliation Act of 2010.” The U.S. government now holds 92% of all student loans — and the nation’s total student debt has more than doubled, from $811 billion in April 2010 to $1.748 trillion in April 2022.

Part of the reason the figures have surged — and students start life so indebted — is due to Democratic (and occasionally, Republican) policies that made it impossible for most people to ever pay off their student loans structured. In their haste to have the U.S. taxpayer underwrite the maximum amount of college tuition, they transformed most student loans from a fixed-rate loan — like a mortgage or car loan — to a plan based on the student’s post-graduation income. Gradually, the borrower’s share of his college loans shrank, while the taxpayer’s increased.

The first income-based repayment plan — the William D. Ford Federal Direct Loan Program, established in July 1994 under the Clinton administration — required students to pay up to 20% of their discretionary income for 25 years; any remaining balance would be paid by taxpayers. The George W. Bush administration College Cost Reduction and Access Act of 2007 let graduates pay 15% of any income above 150% of the federal poverty line. The Obama-Biden administration reduced that to 10% and wrote off unpaid undergraduate loans after 20 years under a series of new loan policies between 2012 and 2014.

These policies made student loan debt permanent and unpayable.

The Congressional Budget Office (CBO) spelled out the process in a thorough, February 2020 report. CBO researchers followed college graduates who began paying off student loans in 2012. “By the end of 2017, over 75% of those borrowers owed more than they had originally borrowed. By contrast, the median balance among borrowers in fixed-payment plans decreased steadily,” they noted. “Loans are often repaid more slowly under income-driven plans because the required payments are too small to cover the accruing interest. As a result, borrowers in such plans typically see their balance grow over time rather than being paid down.”

The federal government took over nearly all student loans, forced students to make years of payments only to fall further behind, then handed the enlarged debt to the U.S. taxpayer. The ill-advised policies began as far back as 1978, with the Middle Income Student Assistant Act, which let all college students accrue student loan debt. A series of bills expanded this web of indebtedness to an ever-larger percentage of Americans — and Joe Biden supported every single legislative misstep. He also made it allbut impossible to discharge student loans in bankruptcy, ensuring that graduates’ hopelessly accumulating loan payments went on endlessly.

If someone wanted to destroy a generation’s hope in their ability to get ahead, he couldn’t have devised a better system.

As the French wag said, that policy is “worse than a crime; it’s a mistake.” The majority of student loans are now income-based according to the CBO, and the loans the government would issue between 2020 and 2029 will cost taxpayers an estimated $82.9 billion. All this ignores the fact that Uncle Sam has proved a poor accountant. A Government Accountability Office (GAO) report released in July found the Department of Education predicted that student loans would generate $114 billion for the federal government; they instead lost $197 billion — a $311 billion error, mostly due to incorrect analysis.

And, of course, those calculations didn’t consider the possibility that Biden would transfer a hefty part of that amount to productive U.S. taxpayers, who cannot default from compulsory taxation, as he did on Wednesday.

Biden and former President Barack Obama should repent for fastening this debt burden to the younger generation, then increasing the unfathomable national debt for all Americans. President Biden’s announcement on Wednesday afternoon should have seen him bow before the audience, whisper a “mea culpa,” and offer the write-offs as an act of restitution and reparation for the bad policies he supported for more than four decades. To fit proper biblical restitution, the payment would have to be made to the 75% of students who took out government-created, income-based student loans since the Obama administration — especially those who made their payments. He would also have to have the legal and constitutional authority to redistribute other people’s money, which he does not. But if he did, that arrangement would at least be fair.

But in the Bible, repentance (metanoia) means to change one’s mind and behavior. Biden’s new student loan bailout did not represent heartfelt repentance but hard-hearted defiance. Instead of turning the ship of state back toward safety, Biden cried, “Damn the torpedoes, full speed ahead!” Rather than abandon the income-based student loan bondage he and Barack Obama designed, he further reduced the loan payments to 5% of new graduates’ discretionary income, raised discretionary income to 225% of the poverty level, and let students transfer their unpaid loans to taxpayers after 10 years. That will consign even more graduates to a life of hopeless interest-service payments and force taxpayers to eat an even larger percentage of defaulted, inflated debt.

That only makes sense if the Democratic Party intends to collapse the system, as many believed they designed Obamacare to force the U.S. healthcare system into a death spiral, and replace it with a government-run socialist alternative. Obama admitted he favored socialized medicine in 2008. “If I were designing a system from scratch, I would probably go ahead with a single-payer system,” Obama told a campaign rally. But for the moment, he would tinker with the existing system until Americans “decide that there are other ways for us to provide care more effectively.” Is it possible this is the next step toward government-funded college? Whatever it is, it is not the road back to economic sanity.

Biden and Obama should repent. And if they will not humble themselves, voters should humble those who support their immoral policies at the ballot box.