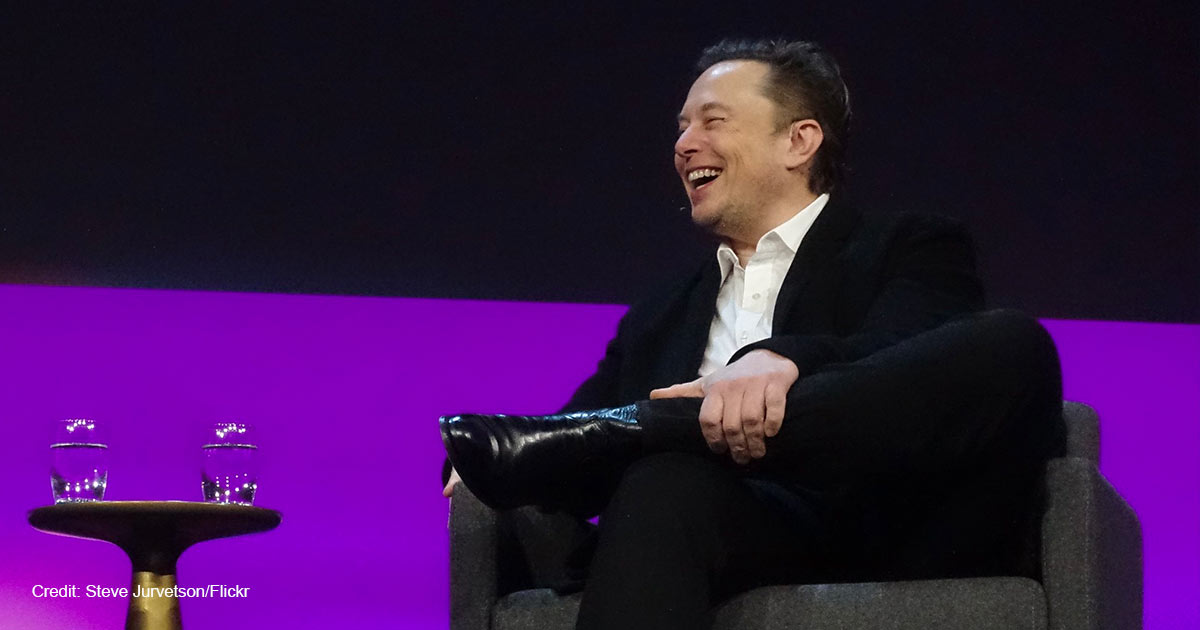 Some folks can dish it out, but they can’t take it. These declared themselves Thursday evening after Elon Musk suspended several mainstream journalists for retweeting the location of his private airplane in real time. Among the suspended accounts were those of CNN’s Donie O’Sullivan, The New York Times’ Ryan Mac, The Washington Post’s Drew Harwell, former Vox reporter Aaron Rupar, The Intercept’s Micah Lee, and former MSNBC host Keith Olbermann.

The ensuing clamor was more chaotic than an escape by Captain Jack Sparrow. New York Times national political correspondent Trip Gabriel called Musk “a blatant hypocrite when it comes to free speech.” O’Sullivan complained on CNN that Musk was “stamping out accounts that he doesn’t like,” while a network statement called the suspensions “impulsive and unjustified.” Other CNN commentators speculated that dictators would cite Musk to legitimize crackdowns on a free press. A CNN chyron announced ominously, “Elon Musk’s Twitter bans journalists from CNN, NY Times, Washington Post with no explanation.”

But it’s hard to clutch your pearls after throwing them to the swine. “With no explanation” was practically a refrain among conservatives under the old Twitter regime, as account after account was penalized, suspended, shadowbanned, or permanently banned. The suppression began even before the COVID era, where social media companies chose to corral “misinformation” more aggressively — by fact checking or “providing context” to claims they didn’t like.

While all this persecution was occurring, how did the mainstream media respond? With ridicule and glee. FRC president Tony Perkins summarized, “The legacy media is up in arms when Elon Musk’s Twitter bans location tracking and journalists who dox, but they were fine when Twitter’s previous owner silenced conservative voices without cause.” With Twitter now under new leadership, they have discovered that being left-wing is no longer insurance against disciplinary action. And as a result, they have belatedly discovered value in First Amendment freedom of speech.

But there was an explanation. Musk complained, “They posted my exact real-time location, basically assassination coordinates, in (obvious) direct violation of Twitter terms of service.” It seems the final straw for the world’s richest man came on Wednesday when a masked stalker obstructed a car carrying Musk’s toddler son — “thinking it was me,” Musk said — even climbing on its hood. In response, Musk banned a Twitter account which automatically posted his plane’s location, which he considered “a direct personal safety risk,” as well as accounts that had retweeted it.

Musk later clarified how he would enforce Twitter’s anti-harassment policy. “Any account doxxing real-time location info of anyone will be suspended, as it is a physical safety violation. This includes posting links to sites with real-time location info. Posting locations someone traveled to on a slightly delayed basis isn’t a safety problem, so is ok,” he tweeted. Even after the fact, with a few seven-day suspensions handed around, that is more explanation than many conservatives ever received for why their accounts were banned.

Even among conservatives, reactions differ on whether Musk’s decision was the right one. Somecommentators believe Musk is hypocritical for banning free speech. They note a distinction between tweeting publicly available flight data and publishing someone’s private address. Others could take issue with his suspending accounts before clarifying the policy they violated. On the other hand, it’s hard not to sympathize with a father running his business in a way that won’t put his family in harm’s way.

One criticism that doesn’t ring true is that Musk’s behavior is arbitrary and capricious — that he bans people he doesn’t like and invents a reason for doing so after the fact. No, “arbitrary and capricious” describes the way Twitter ran formerly. Its vague policies gave left-wing employees considerable flexibility to lasso conservatives and overlook comparable infractions on the Left. Indiscrete discretion was the order of the day.

Yet leftists kept up the drumbeat. “Musk has begun banning journalists who have criticized him,” squealed The Washington Post’s Taylor Lorenz, most infamous for doxing the lady behind Libs of Tik Tok and then pretending she was the real victim. “I’m worried I’ll be banned soon, too!” Musk replied, “Criticizing me all day long is totally fine, but doxxing my real-time location and endangering my family is not.”

Musk also made it clear that journalists don’t have sycophantic immunity anymore. He jumped into a Twitter chat with journalists just long enough to explain, “Everyone’s going to be treated the same. You’re not special because you’re a journalist, you’re just a Twitter [user] — you’re a citizen. So, no special treatment. You dox, you get suspended, end of story.”

It might be a new (or at least previously unexplained) rule, but it’s clear, easy to interpret, and (all things considered) easy to live with. Keeping this one boundary in mind, reporters still possess broad freedom of speech on Twitter, including to criticize its owner. Some may not like it, or they would have handled things differently. But as the new owner, Musk gets to set the boundaries on New Twitter. Bringing clarity to Twitter’s impossibly arcane suspension policies will inevitably bring growing pains, and the platform has a long way to climb out of the echo chamber leftists dug it into, but Musk seems to be generally headed in the right direction.