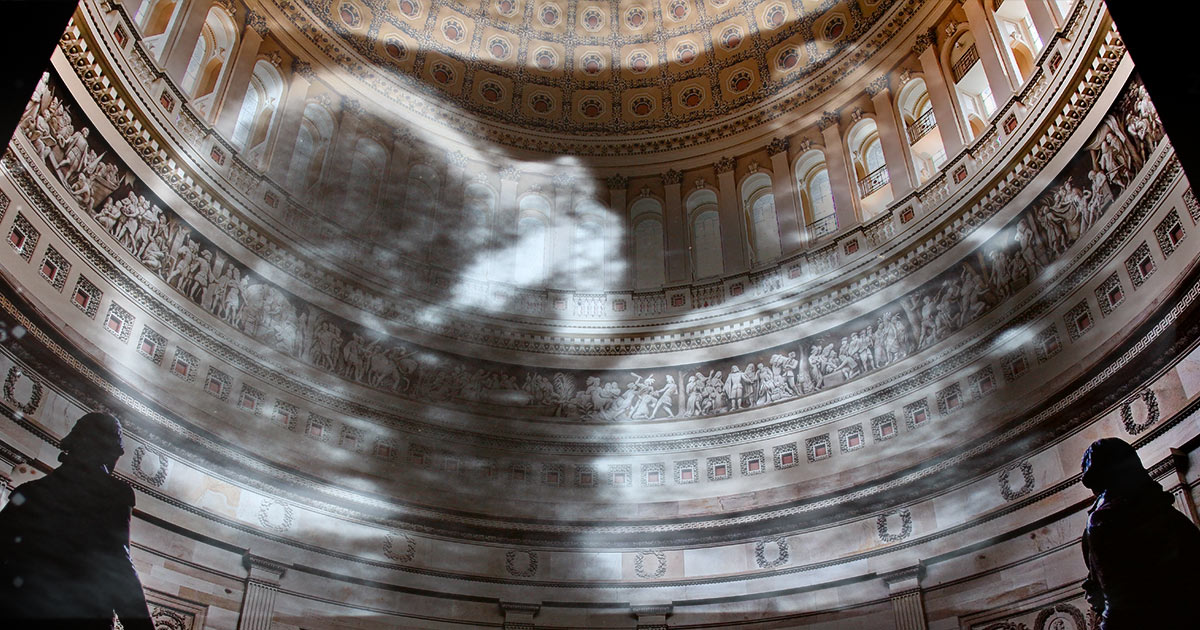 This week, House Republicans used their new majority to pass the Born-Alive Abortion Survivors Protection Act, legislation that would require health care practitioners to provide the same life-saving medical care to babies born alive after surviving an abortion as they would any other baby born at the same gestational age. This represents the first time the House has voted in favor of providing protections for unborn children since 2018. In addition to the Born-Alive bill, the House also passed a resolution condemning recent vandalism and acts of violence against pro-life facilities and churches.

The mere existence of debate regarding whether to require medical care for newborn infants and condemn violence against entities that help vulnerable mothers and children underscores the stark worldview divide between the two major political parties. Representative Henry Cueller (D-Texas) was the lone member of his party who voted for Born-Alive, while Rep. Vincente Gonzalez (D-Texas) voted “present.” Only three Democrats — Reps. Gonzalez, Chrissy Houlahan (D-Pa.), and Marie Gluesenkamp Perez (D-Wash.) — voted in favor of the resolution condemning attacks against pro-life organizations and churches. Republicans unanimously supported both.

The debate and vote tallies for these measures have massive moral and theological implications. First, it is important to recognize that the Born-Alive bill was not about abortion, strictly speaking. In his opening statement in support of the bill, Rep. Jim Jordan (R-Ohio) recognized this reality, noting, “This legislation is about those kids who are born alive… what should be undisputed is the care of a child who is born alive after an attempted abortion.”

A careful analysis of the bill confirms Jordan’s statement. According to the bill text, “In the case of an abortion or attempted abortion that results in a child born alive … Any health care practitioner present at the time the child is born alive shall … exercise the same degree of professional skill, care, and diligence to preserve the life and health of the child as a reasonably diligent and conscientious health care practitioner would render to any other child born alive at the same gestational age.” In other words, the focus of the bill is newborn babies who survive abortion procedures; limiting abortion, though a sought-after goal by many pro-life lawmakers, is not within the purview of the bill.

Second, despite the clear scope of the bill, pro-abortion Democrats repeatedly spread lies and misinformation about the bill as it was debated on the House floor. Of course, pro-abortion politicians lying about pro-life legislation is nothing new. But during the debate about the bill, one representative, Hillary Scholten (D-Mich.), offered a biblical defense of abortion that I had previously not encountered.

It is not unusual for politicians to make moral and even theological arguments in support or opposition of legislation. In fact, Sen. Raphael Warnock (D-Ga.) has regularly described himself as a “pro-choice Christian” and invoked his faith when arguing against limits on abortion. However, Rep. Scholten outpaced even Warnock yesterday when she offered perhaps the most twisted theological argument in support of abortion. “As a pro-choice Christian who chose life,” Scholten began, “this issue is personal to me. … When I read the Scripture, I turn to passages, and I’m guided by passages like Jeremiah 1:5, which states, ‘I knew you before I formed you and I placed you in your mother’s womb.’” She then argued that the reference to the “mother’s womb” rather than the “government’s womb” implied that the state should not regulate abortion.

Space does not permit a thorough critique of the Congresswoman’s argument, but the premise that Jeremiah 1:5 supports abortion is farcical. In context, God is speaking to the prophet Jeremiah, informing him that before he was born, God “knew” him. Moreover, while Jeremiah was still in utero, God says that He “consecrated” and “appointed” him to be a “prophet to the nations.” The passage shows that God had a personal relationship with the unborn prophet, similar to how He related to him as an adult. The text is clear: there is a clear continuity between prenatal and postnatal Jeremiah. God’s personal relationship with the unborn prophet is biblical evidence that unborn children possess full personhood.

Following Wednesday’s vote on Born-Alive, the House proceeded to consider a resolution denouncing violence against pro-life groups and churches. The background for this resolution is the mayhem unleashed by pro-abortion supporters following the leak of the U.S. Supreme Court’s decision in Dobbs v. Jackson Women’s Health Organization on May 2, 2022 — the decision that ultimately overturned Roe v. Wade. Since the leak, over a hundred churches and pro-life organizations have been vandalized. Unfortunately, the Biden administration, deferential to the pro-abortion lobby, has done little to investigate these acts of violence. In light of these attacks and the failure of the federal government to adequately acknowledge them, the House passed a resolution that condemned the recent attacks; recognized the “sanctity of life and the important role pro-life facilities, groups, and churches play in supporting pregnant women, infants, and families;” and called upon the Biden administration to uphold public safety and protect the rights of pro-life groups and churches.

Sadly, but predictably, only three Democrats joined a unanimous Republican majority in passing the resolution. It is unlikely that Senate Majority Leader Chuck Schumer (D-N.Y.) will even take up the resolution in the Senate.

At the start of the 118th Congress, the worldview divide between Republicans and Democrats is once again on display. There will be additional opportunities to compare the worldviews undergirding the two major political parties in the coming weeks. But the two votes already taken — on whether to protect babies who survive failed abortions and condemn violence against pregnancy centers and churches — provide perhaps the clearest lens into the guiding worldviews of the two parties. Regrettably, as we start the new year, one of these parties, even when they choose to quote Scripture, has shown the American people just how far their underlying beliefs are from biblical morality and basic decency.