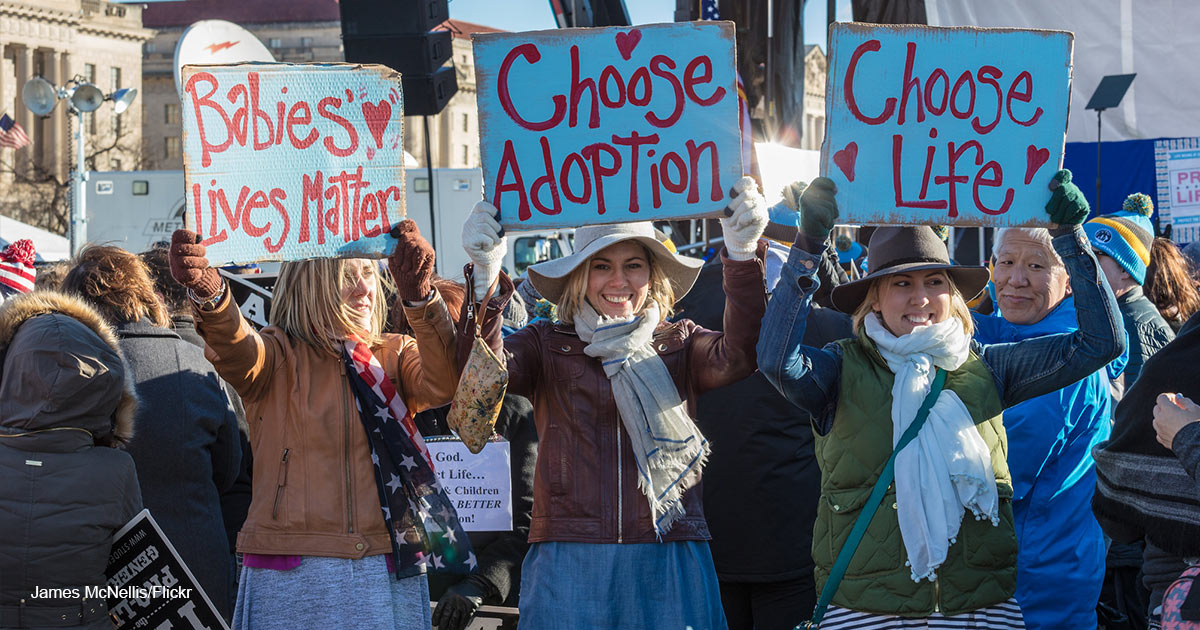 When The New Yorker’s Susan Glasser ran into Donna Brazile this month, the former DNC chair didn’t exactly share Speaker Nancy Pelosi’s (D-Calif.) enthusiasm over the Democrats’ prospects November 8. Unlike the speaker — who said that America could “take it to the bank” that her party would win the midterms — Brazile was openly skeptical that the Left could “defy history.” If there is one thing keeping Democrats in the game, she insisted, it’s this strategy: “Roe, Roe, Roe to Vote.” But is abortion really the election godsend the president’s party thinks it is?

Like most Democrats, Brazile only sees one way out of an Election Day shellacking: harping on the Supreme Court’s decision in Dobbs. Together, the Left has clung to this hope that the reversal of Roe could reverse their political fortunes too. And while putting all of their election eggs in one basket might have worked early on, new polling suggests that the issue might actually be more of a winner for Republicans than anyone counted on.

Despite some tense weeks this summer, when the GOP’s confusion over next steps gave Democrats a messaging edge, Republicans have finally gotten their heads out of the sand and decided to draw a line in it instead. Someone must have reminded them that most Americans don’t support the idea of second-trimester abortions — let alone what the president’s party is advocating: abortion on demand, at any time, for any reason, funded by taxpayer dollars. “Only 10% of Americans would allow abortion through all nine months,” Family Research Council’s Connor Semelsberger told The Washington Stand.

It took until September, but Republicans started leaning into the pro-life issue, pitting their popular commonsense limits against the Democrats’ wild anti-baby extremism. When Senator Lindsey Graham (R-S.C.) introduced his 15-week protection, the Protecting Pain-Capable Unborn Children from Late-Term Abortions Act, some GOP strategists hit the panic button. They called the bill a distraction, a political divider. Voters will see conservatives as “too extreme” on life, they argued.

“Bad idea,” GOP ad maker Chris Mottola argued. “It rips open a political sore. The political environment was moving back to economic issues. It further nationalizes an issue that works against Republicans generically.” Georgia Republican strategist Jay Williams agreed. “I don’t know why he did it,” he said, referring to Graham. He suggested that Republicans’ midterm pitch should focus mostly on the economy.

Even some of Graham’s own colleagues were skittish. “I don’t think there’s an appetite for a national platform here,” Senator Shelley Moore Capito (R-W.Va.) told reporters. “I’m not sure what [Graham’s] thinking here. But I don’t think there will be a rallying around that concept.”

She was wrong. In fact, they all were. Turns out, providing a counterweight to the Left’s unglued abortion agenda was the smartest thing Republicans could have done. And the numbers bear that out. According to the Real Clear Politics average on September 13, the day Graham introduced his 15-week protections, Democrats were leading the generic ballot. A few days later, when groups like FRC started urging senators to embrace the bill, those numbers started to tick down. The following week, pollsters started sounding the alarm that a major GOP shift was underway.

Obviously, a lot of factors could be at play here (not the least of which are worsening inflation numbers, gas prices, the Democrats’ obsession with child mutilation, etc.), but the “experts” were wrong. Messaging on the life issue didn’t hurt the GOP. If anything, it might have fueled the surge.

That certainly seems to be true on the gubernatorial front, where blue state incumbents are facing stiffer than expected competition from Republicans like Lee Zeldin (N.Y.) and Tudor Dixon (Mich.). As races go down to the wire, conservatives are within striking distance in states that Democrats have taken for granted for years.

Elsewhere, Republicans are making a strong case that pro-life leadership is anything but a liability. These 11 governors all took action on abortion, and every one of them is expected to win:

Semelsberger, who’s been tracking voter sentiment, told TWS, “Democrat candidates have been banking on their love for the abortion issue to propel them to victory in key races this election, only to find out that most voters find their position on abortion as extreme — much more extreme than the Republican position of commonsense restrictions on abortion. When Republican candidates began to paint the picture of reality that national Democratic candidates struggle to find a single restriction on abortion that they will support, it helped them realize that being pro-life actually helps conservative candidates. As recent polling suggests, many Americans support strong pro-life laws, even protecting life from conception with limited exceptions, and it would be wise for pro-life candidates to lean further into rather than away from the abortion issue down the home stretch of the campaign trail.”

Frankly, a lot of Democrats have overplayed their hand — suggesting abortion as the solution to everything from inflation to school dropouts. Most Americans have a less cheery view of the killing, which is a nauseating centerpiece of almost every Democratic campaign. According to AdImpact data, “abortion has been the most popular issue in Democrats’ broadcast TV spots, appearing in nearly one-third of them. The second most prominent topic, health care,” is a distant second at just 17%, followed by taxation (16%).

That’s quite a gamble heading into the last two weeks of an election season dominated by economic woes, global uncertainty, and education wars. As The New Yorker warned, “There is … clearly a limit to how much the abortion issue can deliver for Democrats.”

And maybe that’s the point. In life, as in politics, abortion wasn’t meant to deliver anything but finality, grief, and disappointment. The sooner both parties learn that, the better.