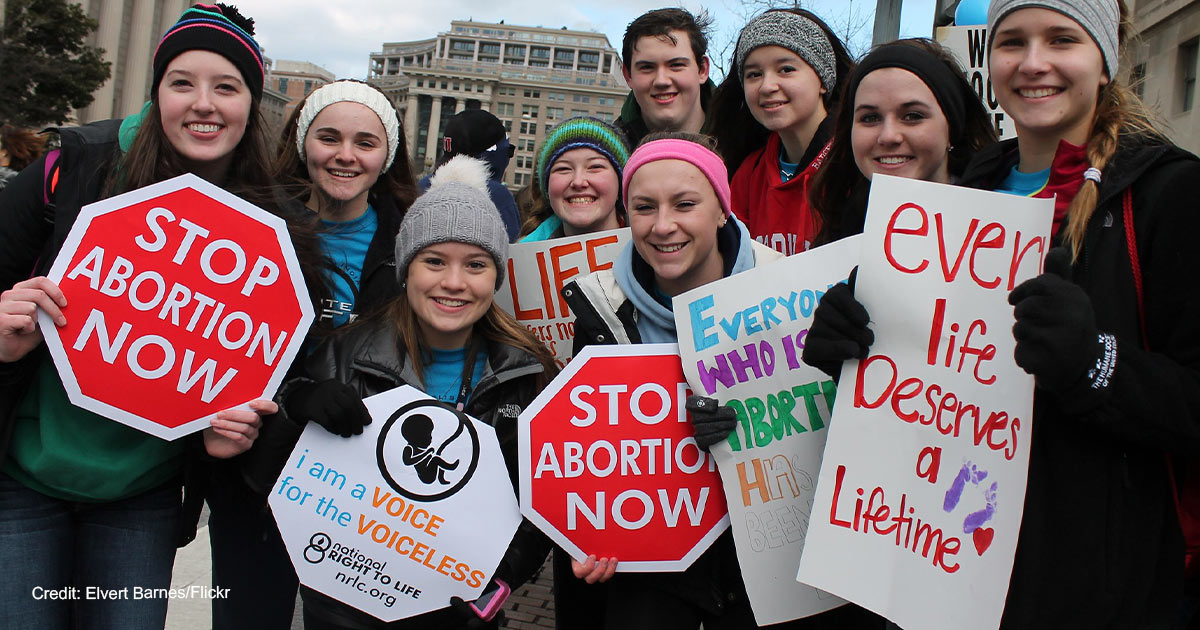 The Democrats’ hopes of riding abortion advocacy into a big blue wave in the midterm elections are washing out to sea, as Republicans’ proactive attacks on Democrats’ support for abortion until the moment of birth has turned the tide.

The Washington State Republican Party has sent a mailer to multiple swing districts noting that the Democratic candidate’s “plan calls for partial-birth abortion” and “abortion up until the due date, with no safeguards.” It branded candidates such as Alicia Rule “too extreme,” even for the deep-blue Pacific Northwest. Around the country, pro-life candidates have taken to the offense and seen their poll numbers surge — a far cry from confident predictions of a post-Dobbs “pink wave” that rejects “GOP’s Anti-Choice Extremism.”

Abortion activists simply failed to understand voters’ position on abortion, said Connor Semelsberger, director of Federal Affairs at the Family Research Council. “By looking at the two options put forth by the major parties — Democrats advocating for abortion-on-demand at any point in pregnancy and Republicans advocating for protecting life at conception with exceptions for rape and incest — it is clear which proposition Americans view as more extreme,” he told The Washington Stand. “When presented with only these two options a June poll from Harvard shows that 37% of Americans would like to see their state enact laws” mirroring the Republican Party’s position, “and only 10% of Americans would allow abortion through all nine months.”

Voters do not see “trying to save as many babies as possible” as unpalatable, said Kari Lake, the Republican candidate in the race to succeed term-limited Arizona Governor Doug Ducey. Her opponent, Democrat Katie Hobbs, has repeatedly said she opposes any limit on abortion through all nine months of pregnancy. “What is radical and what radicals on the Left believe is that you can be in labor, ready to give birth, and they’re okay with an abortion happening at that moment,” Lake said.

“As much as you call me an extremist, you’re the extremist on this issue,” he told Ryan, who once voted as a pro-life Democrat but claimed his support for abortion “crystallized over the course of our own kid being born.”

Republicans found themselves handed this campaign line by Democratic Speaker of the House Nancy Pelosi (D-Calif.), who pushed through H.R. 3755, which supporters refer to as the “Women’s Health Protection” Act and National Right to Life describes as the “Abortion-Without-Limits-Until-Birth” act. The bill would strike down 1,381 state pro-life laws, including parental consent and notification laws.

Senator Catherine Cortez Masto (D-Nev.), who cosponsored the legislation, has “consistently voted to allow the barbaric procedure of late-term abortion, up to the point of live birth, even forcing you, the taxpayer, to fund this infanticide. That is a radical policy change from what currently exists in Nevada,” wrote Adam Laxalt wrote in the Reno Gazette-Journal. “This unconscionable position of killing a full-term baby is indefensible.”

Arizona Republican candidate Blake Masters also targeted the support of H.R. 3755 by Senator Mark Kelly (D-Ariz.), who could name no abortion limits he would support. “The only countries that support his extreme, no-limits abortion policy are China and North Korea,” said Masters in a campaign spot. National Republican Senatorial Campaign Chairman Rick Scott also denounced “Mark Kelly’s extreme abortion-on-demand bill.” The message was amplified by a $1 million ad buy from Women Speak Out PAC, the sister organization of Susan B. Anthony Pro-life America.

Even Republicans experiencing significantly negative press on the abortion have bested Democrats by citing their opponents unlimited, unqualified abortion advocacy. When Senator Raphael Warnock (D-Ga.) said during a debate that a doctor’s office is too “cramped a space for a woman, her doctor, and the United States government,” Herschel Walker replied: “Did he not mention that there’s a baby in that room as well? And also, did he not mention that he’s asking the taxpayer to pay for it? So, we’re bringing the government back into the room.”

A wide range of polls over several years have shown voters see the position of the Democratic Party’s platform as extremist:

Republican candidates’ success in campaigning on abortion comes down to a simple fact, said Semelsberger: “Unfettered access to abortion with no limitations or clear health measures to protect the life of the mother has always and will always be an extreme political position in America.”