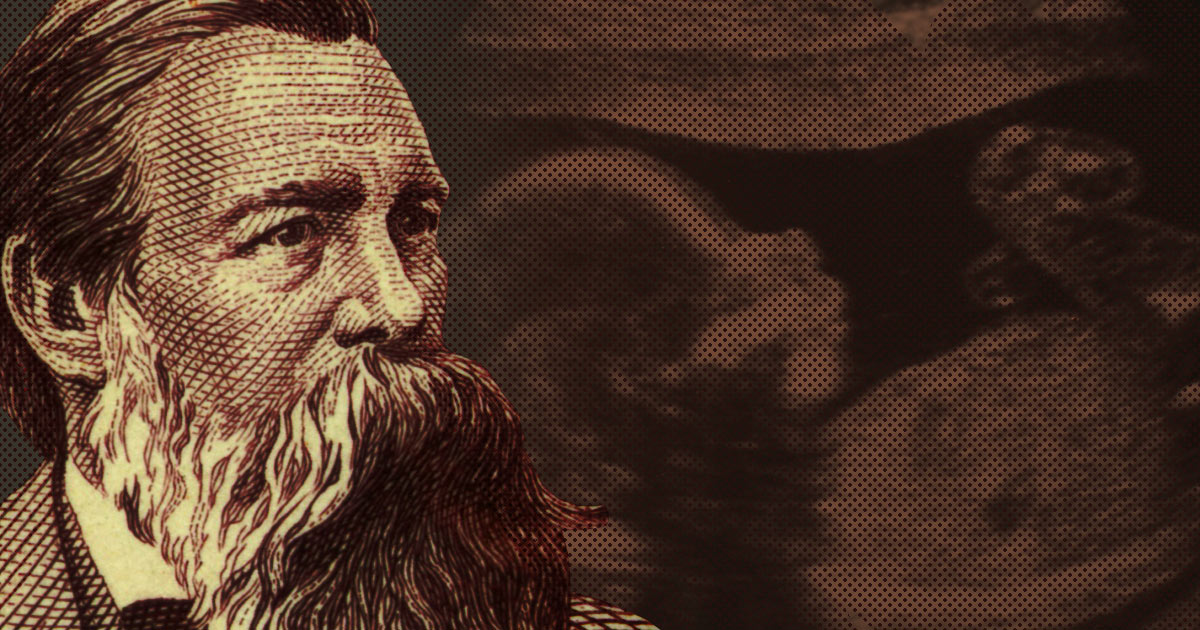 A birthday is a celebration of life — but unfortunately, not everyone leaves behind a legacy that makes theirs worth celebrating. Friedrich Engels, co-father of Marxist theory, born 202 years ago today on November 28, 1820, is one such individual. Engels dedicated his life to an ideology that, in its every iteration, has destroyed lives — including by preventing the birthdays of millions of unborn children.

In its original form, Engels’s Marxism pitted the working class (the oppressed “proletariat”) against the capitalist business owners (the oppressive “bourgeoisie”), claiming that capitalism unfairly exploited the labor of workers; the Marxist solution was for a communist government to control the “means of production,” thus ending class struggle. The Frankfurt School expanded Marxism, applying it outside of economics and categorizing humans as “oppressors” or “oppressed” according to categories like racial ethnicity or gender.

The conservative movement has largely succeeded in exposing the dangers of critical theory — so much so that even proponents of critical race theory (CRT) tenets must carefully disguise and repackage their ideas to distance themselves from the notorious “CRT.” However, women living in western democracies continue to experience the pernicious influence of Marxism in the form of what could be called “critical reproductive theory.” Through this form of “CRT,” cultural Marxism has shaped the messaging of the abortion industry and its advocates, profoundly contributing to modern discourse about abortion.

In critical reproductive theory, who are the oppressor and oppressed? It is illogical to claim that the matter of abortion is a struggle between male and female; the ratios of men and women who support and oppose abortion are quite close. After all, the modern male greatly benefits from abortion as a means of obtaining consequence-free sex with multiple partners.

No, when applying Marxist ideology to abortion, the struggle is not between the sexes, but rather between a mother and the child in her womb. A mother must seize control of the means of reproduction in order to defeat her defenseless, yet simultaneously oppressive, baby.

Critical theory applied to abortion echoes the sentiments of original Marxism. Engels, co-founder of Marxism, once wrote that in the traditional nuclear family, a woman became “a mere instrument for the production of children.”

The significance of abortion Marxism in the public square must not be missed. Following the overturning of Roe v. Wade and throughout the 2022 midterm election campaigns, the key talking points of pro-abortion spokespeople have centered on distinctly Marxist themes.

For example, Georgia candidate Stacey Abrams claimed that a lack of abortion contributes to inflation concerns, thus placing the unborn child in the role of “oppressor” and the financially struggling mother in the role of “oppressed.” Treasury Secretary Janet Yellen also claimed that banning abortion would be “very damaging” for the economy because it would stop women from working.

Another narrative repeatedly championed by the Biden administration is that women need abortion to reach educational or career goals unhindered by the burden of motherhood, because a baby would prevent her from achieving her dreams. The abortion lobby even argues that adoption is not a viable alternative because women, “see giving up their babies as more emotionally painful than terminating their pregnancies.” Thus, the unwanted child burdens his mother in any scenario in which he lives.

The most “oppressive” of all babies are those who fall under the “exceptions” category: children conceived through rape or incest, or who receive a prenatal diagnosis. In these instances, abortion supporters like President Biden treat the unborn child like a parasite: a distasteful creature who must be eliminated. Unfortunately, dehumanizing “inconvenient” humans is a characteristic trait of how Marxist theory plays out in real life.

The influence of Marxism subtly pervades each of these views; their shared conclusion is to encourage the mother to end her oppression by deliberately ending her child’s life. Critical reproductive theory treats the true victim as the supposed oppressor.

Reflecting on history allows us to recognize patterns of injustice, and to act before they engrain themselves in the fabric of society. Perhaps the only way to appropriately commemorate the birthday of a man like Friedrich Engels is to honestly recognize the lingering influence of his legacy — and to stamp it out before more innocent lives are lost.