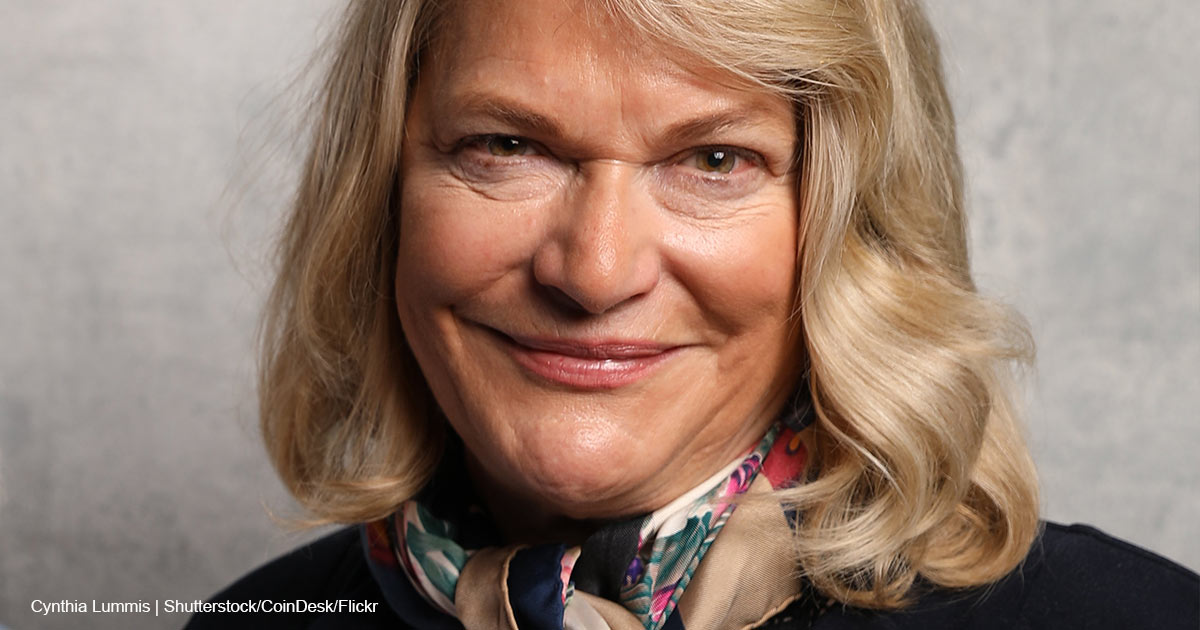 Before casting a vote for same-sex marriage on Tuesday, Senator Cynthia Lummis (R-Wyo.) spoke from the floor to enumerate all the reasons she shouldn’t. Said Lummis:

The Bible teaches that marriage is between one man and one woman. I accept God’s Word, including God’s word as to the definition of marriage. I support my church’s adherence to that biblical pronouncement. I support [the] Wyoming statute, which codifies that definition. I find solace in people and organizations that share my beliefs. I and many like me have been vilified and despised by some who disagree with our beliefs. They do not withhold bitter invective. They use their own hateful speech to make sure that I and others who believe, as I do know, that we are hated and despised by them.

An outside observer might be confused why someone who could genuinely say all that would them turn around and vote for same-sex marriage. So, it seems, was Lummis herself. She continued, “So, why have I strayed with such anguish from a path that conforms to my beliefs, my instruction, my faith to vote for the Respect for Marriage Act?” That’s a great question to which many people want an answer, especially in Wyoming.

Lummis continued four minutes longer, trying to explain from America’s history of religious freedom why she was abandoning religious freedom, and why “tolerating” opposing viewpoints required her to meet every demand of those who “hated and despised” people of faith. Hardly convincing, Lummis’s main objective seemed to be rationalizing to herself her vote for the abominably titled Respect for Marriage Act.

Of course Lummis knew where the reporters were going with the question; that’s why she didn’t like it. If a baby has a right to a mother, then acknowledging the right of two men who identify as homosexual to adopt children as a “married” couple takes that right away from the baby. If Lummis claimed that a baby doesn’t have a right to a mother, she risked offending mothers (a sizable, sympathetic demographic) and people with mothers (the largest demographic), not to mention pro-lifers. But answering this one simple question would demolish Lummis’s flimsy rationales like a house of cards.

The logical implications of Lummis’s non-answer extend far beyond the political implications. “Same-sex parenting always means that a child is missing one of their parents,” warned Katy Faust, author of “Them Before Us,” on Wednesday’s Pray Vote Stand program. Therefore, “redefining marriage always results in inequality for children,” she said.

Faust explained that children who grew up in a home with a mother and a father were more likely to receive love, security, and identity than children raised by two men or two women. “The child that is born into the home of their married mother and father will receive the complementary love of a mom and dad. They will receive statistically the safest adults in a child’s life. And they will receive 100% of their biological identity,” she began.

By contrast, “the child that is born to two married men is going to always be starved of maternal love. They are always going to be cut off from half of their biological identity. And statistically, they are going to be raised by an adult who increases the likelihood of abuse and neglect.” Prominent voices in media and politics will insist that it is homophobic to cite these basic statistical realities, but Faust is more interested in the welfare of children than in the hurt feelings of adults. “From the child’s perspective, there is a massive difference,” she said. “From the child’s perspective, these two pairings are unequal.” Yet codifying same-sex marriage will effectively “manufacture motherless and fatherless kids in the name of equality,” she added.

Children raised in natural families do not only gain net benefits when considered broadly and abstractly, but they also have an advantage when the analysis zooms in to virtually any measurable variable. “Children that are born and raised outside of God’s design and God’s arrangement,” explained Faust, will be at greater “risk of homelessness, drug use, child poverty, teen suicide, drop[ping] out [of school], teen pregnancy — every major social ill that we are facing today.”

Most concerning, attempts to normalize same-sex marriage usually go hand-in-hand with attempts to silence defenders of natural marriage. “We are way beyond just ‘stay out of my bedroom; let me live as I please,’” warned Faust. “We are now moving into the world of it [being] discriminatory to even say that children should have a mother and father.”

No wonder Senator Lummis didn’t “like” where the question was going, when asked if children have a right to a mother. When the interests and needs of children are considered, the folly of codifying same-sex marriage is overwhelming. And when the effects of codifying same-sex marriage on religious freedom are viewed in three dimensions, Lummis’s halfhearted rationalizations are exposed for the hollow façade that they are.