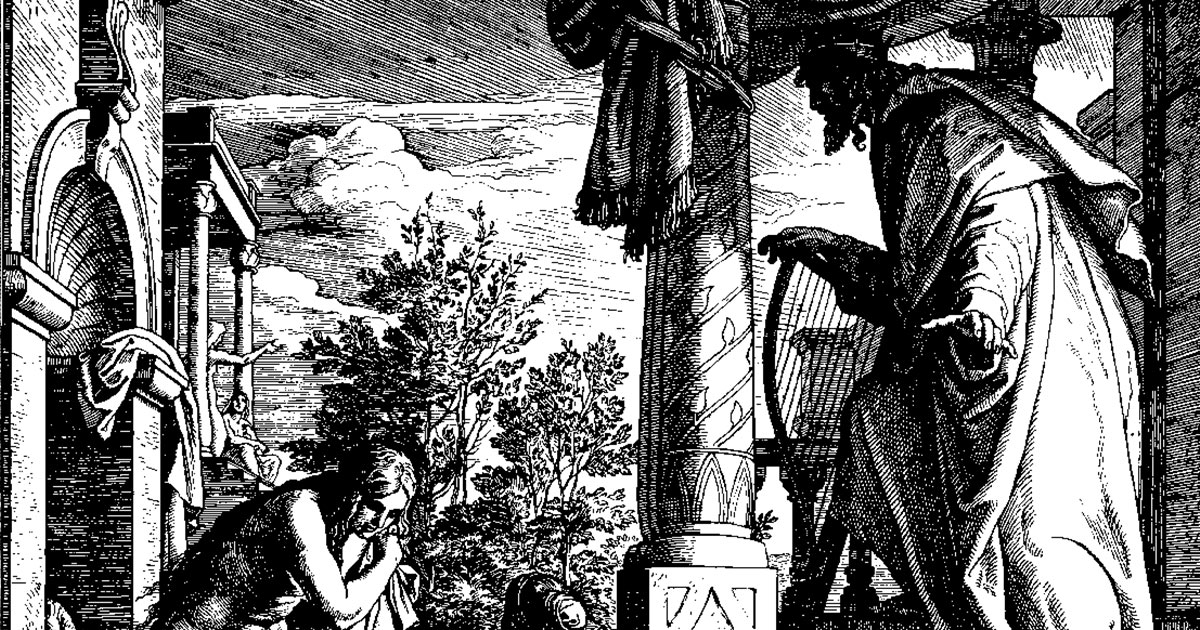 The Crises That Led to Christmas (Part 4): Bathsheba Endured the Crisis of Sexual Sin

This is the fourth part of a five-part series. Read our previous entries on Tamar, Rahab, and Ruth.

The fourth woman identified by Matthew’s gospel as being part of the lineage of Christ is Bathsheba, or “Uriah’s wife” as Matthew refers to her. If we take a closer look at Bathsheba’s story, it becomes clear that Matthew’s description of her as Uriah’s wife is intentional.

According to 2 Samuel 11, King David remained at home while his army was away at war. One night, while walking on the roof of his palace, he noticed Bathsheba bathing. Instead of respecting the woman’s privacy, a lustful David sent one of his servants to find out the woman’s identity. Despite learning that she was married to someone serving in his army, David continued to pursue Bathsheba.

When David learned that Bathsheba was pregnant, he attempted to hide his sin by tricking her husband into sleeping with her so that Uriah would believe the child was his. After this strategy failed, David resorted to placing Uriah at the front lines of battle so that he would be killed. Thus, David not only sinned against Bathsheba sexually but also by murdering her husband and leaving her a widow.

Bathsheba married David after Uriah’s death. She might have had little choice, given David’s position as king and her own desperation to survive after being widowed. Although David believed his sin to be in the past, the prophet Nathan reminded him of the Lord’s wrath against David’s acts of sexual immorality and murder. David was convicted and cried out to the Lord in repentance. His prayer for forgiveness, Psalm 51, is one of the most well-known penitent psalms in Scripture. Although he repented, David still had to live with the consequences of his sin. Tragically, the first child that Bathsheba had conceived with him died (2 Samuel 12:19).

Bathsheba eventually bore David a son named Solomon, who later succeeded his father as king and became known for his immense wisdom. However, the trauma and anguish that David caused Bathsheba may never have fully healed in her life. Even if the intercourse between David and Bathsheba was consensual (which is unknown based on the biblical evidence), it was nevertheless a sinful act that God mercifully commuted. The Messiah’s lineage passing through Solomon, David, and Bathsheba’s son, demonstrates God’s willingness to graciously use for good situations that man intended for evil (Genesis 50:20).

Tragically, there are many women who must live with the consequences of evil acts committed against them, such as sexual assault or abuse. Just as David attempted to escape the consequences when Bathsheba became pregnant, many men today try to conceal evil actions or simply escape the responsibility of fatherhood by abandoning women or coercing them to undergo abortions. It is important to note that although men must be held accountable for sexual abuse, children conceived through an act of sexual sin are never to blame for their fathers’ sins and must be treated with the same inherent dignity as every other child made in the image of God.

Chemical abortion pills have provided yet another way for men to avoid the responsibilities of fatherhood. But what makes this abortion method even more appealing to abusers is that it limits the woman’s contact with an in-person physician, making it harder for the abuse to come to light. Women who have suffered a coerced abortion ought to know that there are resources available to help them. Additionally, women who have taken the chemical abortion pill should know that this form of abortion is reversible if only the first pill has been ingested and action is taken quickly to reverse it.

Many women have been sexually manipulated or assaulted and may be struggling to recover from this pain. The church must rise up to protect and care for these women, ensuring that they have access to resources and ministries designed to help them heal.

The story of Bathsheba reminds us that Jesus Christ came to free mankind from captivity to sin and demonstrates the loving character of God in bringing beauty even from the depravity of human actions.