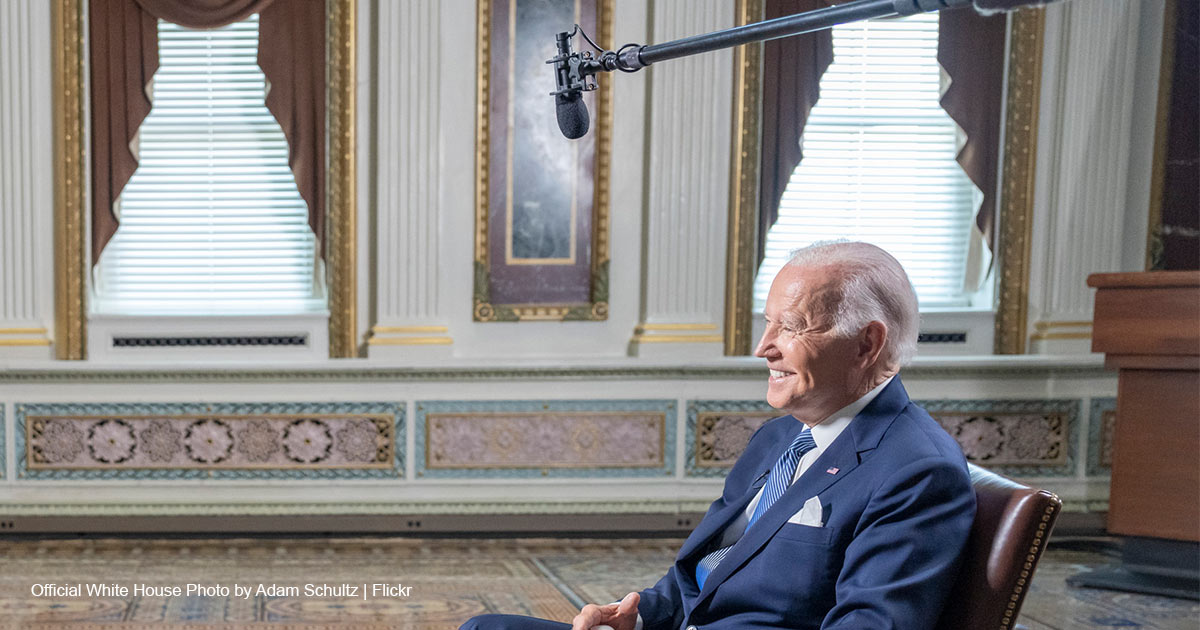 The ‘Watch Me’ President: Biden Out of Touch with America

In the eyes of the Biden administration, the summer of 2022 has been going so well that it merited a concert: a performance by James Taylor on the South Lawn of the White House last week. But someone at the White House forgot to send the celebratory memo to the American people.

As President Biden painted a rosy picture of how well things have been going under his tenure to “60 Minutes” host Scott Pelley on Sunday, food prices refuse to budge from levels that are 11% more than they were a year ago, as overall inflation continues to hover around the highest level in 40 years. Towns along the southern border continue to be inundated with a record five million illegal immigrants in the 18 months since Biden took office due to his open border policies. Tensions with two of the world’s largest superpowers, Russia and China, continue to simmer largely due to the administration’s momentously disastrous withdrawal from Afghanistan.

Meanwhile, Biden also declared to Pelley that “the pandemic is over.” But as the National Review’s Charles Cooke has pointed out, this declaration has huge ramifications for the legality of Biden’s recent “decision to transfer up to a trillion dollars in student-loan debt to taxpayers without congressional approval.” This is because “the memo that the Biden administration released to justify his order rested entirely upon there being an ongoing emergency.” But if “the pandemic is over,” there is no emergency anymore.

Later, when asked why he thought his approval rating was so low, Biden chalked it up to COVID-19. “This is a really difficult time … I think you’d agree that the impact on the psyche of the American people as a consequence of the pandemic is profound,” he said, right after declaring the pandemic “over.” Biden may indeed be right about this in one aspect — his administration’s policies of forcing the COVID jab on the military despite courts ruling against them have been widely unpopular, not to mention the slew of other incoherent policies the administration has pushed regarding COVID.

But what Biden failed to mention was the most obvious: that his fiscal policies have had a direct effect on increasing inflation. A report released in March from the Federal Reserve Bank of San Francisco stated that Biden’s $1.9 trillion COVID-19 relief package likely “rais[ed] inflation about 3 percentage points by the end of 2021.”

When Pelley asked the president if “U.S. forces … would defend Taiwan in the event of a Chinese invasion,” Biden responded with a flat, “Yes,” with a slightly vacant look in his eyes. For the second time since May, the White House was forced to walk back Biden’s statement by saying that U.S. policy “hasn’t changed” regarding Taiwan.

Pelley went on to ask Biden about widespread worries of his fitness to be the leader of the free world at age of 79: “Some people ask whether you are fit for the job, and when you hear that, I wonder what you think?” Biden responded, “Watch me. Honest to God, that’s all I think. Watch me.” It’s not hard to find a multitude of examples where we can indeed “watch” what appear to be significant declines in the cognitive fitness of a man who would be 82 if he runs for president again in 2024.

In the final moments of the interview, Biden holds up a rosary that he apparently carries around with him in his pocket. “This gets me a long way, this rosary,” he said. In a voiceover, Pelley went on to describe Biden as “Catholic and devout.” One wonders how Biden and Pelley define the word “devout,” when Biden and his administration have put forward policies in support of abortion that are diametrically opposed to the Catholic Church’s official teaching, which states:

Human life must be respected and protected absolutely from the moment of conception. … Since the first century the Church has affirmed the moral evil of every procured abortion. This teaching has not changed and remains unchangeable. Direct abortion, that is to say, abortion willed either as an end or a means, is gravely contrary to the moral law (CCC 2270-2271).

The Biden administration’s actions in support of abortion are too extensive to list here, but they partly include:

This latest interview clearly shows that we have a president who is not only out of touch with the everyday concerns of the American people, but also dangerously out of his depth when it comes to foreign affairs. We also are reminded yet again that Biden claims a faith of which bishops in his own church have said he is in grave violation of as a public official. Let us pray for President Biden, that he will have a conversion of heart and that he will cease and reverse the policies that have and continue to do such grave harm to America.