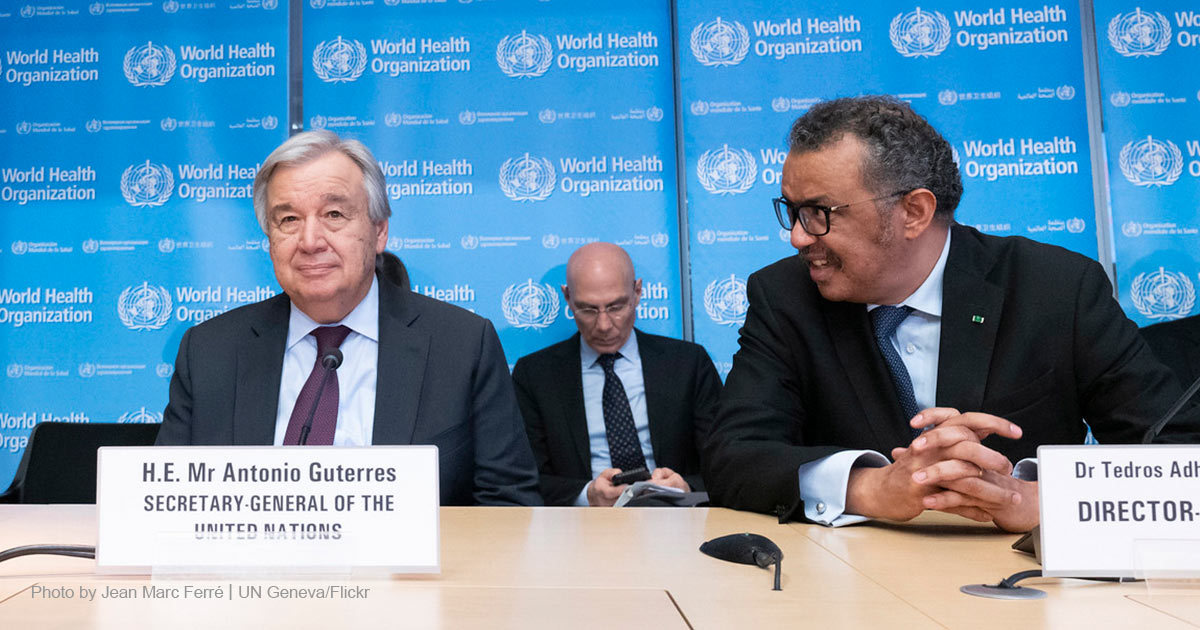 WHO Can’t Say What a Woman Is

The World Health Organization (WHO) is rapidly transitioning from a mechanism to improve global health outcomes into just one more institution captured by woke political activism. Fresh off the director-general lamenting that the U.S. Supreme Court’s Dobbs decision overturning Roe v. Wade “was a setback” because “restricting [abortion] drives women and girls towards unsafe abortions,” the global health body announced its determination to erase women altogether.

WHO intends to update its “Gender mainstreaming for health managers: a practical approach,” a curriculum of sorts to promote women’s rights and combat sex-based discrimination around the world, “in light of new scientific evidence” — faulty or absent — “and conceptual progress on gender, health and development” — howsoever unscientific it may be.

One focus of the “update” is “going beyond binary approaches to gender and health to recognize gender and sexual diversity, or the concepts that gender identity exists on a continuum and that sex is not limited to male or female.” In other words, a few activists for the transgender ideology are about to perform a judo-flip and turn this manual for promoting women’s rights into a stealthy tool for the oppression of women. It’s basically the international version of the Biden administration’s proposed mutilation of Title IX.

Nobody knows what it looks like to go “beyond binary approaches to … health” because medicine and health science are grounded in biology. Biologically, there are only two sexes of humans: male and female, as determined by each person’s genetic code.

But we do know what it looks like when people embrace concepts such as “gender identity exists on a continuum.” U.C. Berkeley Law Professor Khiara Bridges testified in a U.S. Senate hearing Tuesday that, in addition to “cis women,” “there are also trans men who are capable of pregnancy, as well as non-binary people who are capable of pregnancy.” It must be exhausting to repeat “people with a capacity for pregnancy” instead of “women.” When did concision become an enemy?

But not even Professor Bridges was comfortable with the implications of her astounding remark. When Senator Josh Hawley (R-Mo.) asked her what she believed lay at the core of the right to abortion — if she were right that women weren’t the only people who could get pregnant — she exploded, accusing his entire line of questioning of being “transphobic” and rattling off stats about people who identify as transgender and suicide. “You are denying that trans people exist,” she insisted.

It’s incredible how quickly once-revered institutions are caving to the Left and forgetting what a woman is. It went mainstream when Supreme Court Justice Ketanji Brown Jackson declined to define the term in her confirmation hearing, explaining, “I’m not a biologist.” Now, the WHO has caved, and even the — presumably Christian — Church of England seems uncertain. “There is no official definition, which reflects the fact that until fairly recently definitions of this kind were thought to be self-evidence, as reflected in the marriage liturgy,” explained Bishop Robert Innes, chairman of the Faith and Order Commission. He added that a project had “begun to explore the marriage complexities associated with gender identity and points to the need for additional care and thought ….”

But it’s a shaky tower that crumbles before its construction is complete. Already, prominent figures, not known for their conservatism are willing to buck the pressure to conform to the transgender nonsense. The emperor’s clothes are simply so invisible. The notion that men can be women is not only silly; it’s proven dangerous and destructive already. “Affirming” someone’s self-identity (mental delusion, that is) may seem progressive, but proponents of the transgender ideology may as well be stumping for social Darwinism or the divine right of kings.

By effectively redefining “women’s rights” as the rights of men who claim to be women, the WHO has outed itself as an enemy of the people and servant of leftist elites. It grasped for power, but only gripped a rotten branch. Will it lose its balance and topple?