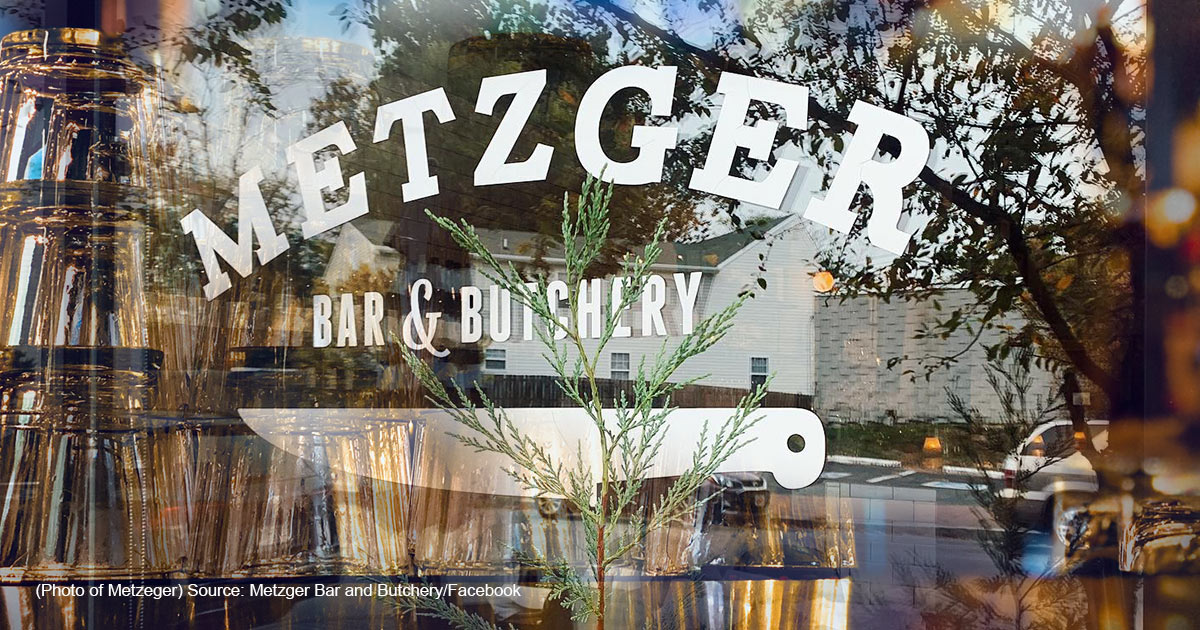 “Have you ever been denied a meal because of your beliefs?” Victoria Cobb asked. Because she has. The head of the Virginia Family Foundation spent the weekend grappling with the news that a local Richmond restaurant, Metzger Bar and Butchery, refused to serve her organization because of its conservative views. And if the Democrats’ get their way with the bill to redefine marriage, guess what? A lot more Americans might have to go hungry.

Metzger Bar and Butchery had already agreed to rent a private room to the foundation a week or two earlier. But when one of Cobb’s staffers went to check on details the night of the event, she got a call from one of the restaurant’s managers telling them they had to cancel. Her first thought was, “Is this a COVID thing?” Turns out, it was an outbreak of something else: intolerance.

A server had apparently seen the reservation under the Virginia Family Foundation’s name and objected. As Cobb relayed to Virginia Business, Metzger’s explained that they have a lot of LGBT-identifying waitstaff who “were presumably opposed to some of the organization’s political stances…”

In a public statement on social media, the owners tried to justify the decision, explaining, “Metzger Bar and Butchery has always prided itself on being an inclusive environment for people to dine in. In eight years of service, we have very rarely refused service to anyone who wished to dine with us. Recently we refused service to a group that had booked an event with us after the owners of Metzger found out it was a group of donors to a political organization that seeks to deprive women and LGBTQ+ persons of their basic human rights in Virginia.”

As if that weren’t enough, the restaurant went on to call Cobb’s group a security threat. “We have always refused service to anyone for making our staff uncomfortable or unsafe,” Metzger insisted, “and this was the driving force behind our decision. … All of our staff are people with rights who deserve dignity and a safe work environment. We respect our staff’s established rights as humans and strive to create a work environment where they can do their jobs with dignity, comfort and safety.”

The controversy has gotten so much local attention that Yelp had to disable the comments and reviews feature on Metzger’s page. Some users vowed that if the owners refused to serve Christians, they’d never set foot in the restaurant again. Another wrote, “I have learned that only certain types of people are welcome at Metzger’s. … Even food service has now been polarized. It’s just disappointing that we can’t have a meal together.”

For Cobb, this isn’t the first time she’s found herself on the losing side of a woke business’s agenda. A web design company recently turned down her bid for a redesign, citing “political reasons,” and in March, a customer management software company, now owned by Bonterra, cancelled the foundation’s contract. “While many who hold the same beliefs may not experience this directly yet, we recognize we are on the tip of the spear,” she said.

Unlike the Left, who tries to sue Christians into capitulation, Cobb took her event elsewhere. After all, she said, “We live in a free market, and people have many choices of where to dine.” LGBT activists, on the other hand, would rather crush and punish the conservatives who won’t conform. “Welcome to the double standard of the Left,” Cobb wrote on the foundation’s blog, “where some believe Jack Phillips must be forced to create a wedding cake as part of the celebration of a same-sex ceremony — but any business should be able to deny basic goods and services to those who hold biblical values around marriage.”

Some extremists try to justify driving conservatives from public spaces by saying it’s the same as Christian bakers and florists. But the difference between Metzger’s owners and Christians like Jack Phillips, Melissa Klein, Barronelle Stutzman, and so many others is that they didn’t deny service to people they disagreed with. They all offered to sell their customers anything in their stores. What they objected to was making custom creations for a wedding ceremony they hold sacred. Yet somehow, it’s okay for the Left to force Christians — under penalty of law — into accepting opposing views when they will not?

And unfortunately, if the so-called Respect for Marriage Act passes — marginalizing Christians even more severely for their marriage beliefs — this one-sided hostility will only explode. The far-left marketplace will be emboldened to kick conservative consumers to the curb (at their own financial peril). Even now, Metzger’s seems to be celebrating their prejudice, launching a special drink to mock the clash with Cobb’s group called “Cracks in the Foundation.” Proceeds, the restaurant announced, would go to the far-left LGBT group Equality Virginia.

But no amount of specialty cocktails will make up for the business’s losses. As Cobb warned, “Metzger’s has now isolated a wide base of customers who would rather go elsewhere than patron a bigoted restaurant.” That alienation will almost certainly prove costly to anyone following the restaurant’s lead.

Quena Gonzalez, Family Research Council’s senior director of Government Affairs, accused the restaurant of “weaponizing hospitality.” This is a nonprofit organization, he said of Cobb’s group, that “supports women in crisis pregnancies, protects the unborn, and advocates for the truth about marriage, which blesses everyone.” And yet ironically, Gonzalez pointed out, “In the name of tolerance they bowed to pressure from intolerant staff who felt they would be somehow ‘harmed’ by serving people dinner. Not a custom wedding cake, or wedding floral arrangement, or printing t-shirts for the Virginia Family Foundation — dinner.”

This matters, he argues. Especially now. “Americans should take note that one side of the political divide over same-sex marriage has escalated the conflict. And as soon as Tuesday, the U.S. House of Representatives will take up the misnamed Respect for Marriage Act, which would in fact supercharge this persecution of Christians and conservatives by equating belief in natural marriage with racism and Jim Crow. The bill would intensify the attacks on people of faith by creating a ‘private right of action’ for anyone who feels ‘harmed’ to sue, and which would arguably create a national policy on same-sex marriage.”

When the legislation came up for a vote in July, 47 Republicans voted with the Democrats to vilify millions of Americans like Victoria Cobb, who simply believe in marriage as it’s always been: the union of a man and woman. “Some of them felt rushed into the sudden vote,” Gonzalez said, “and at least one has repudiated his vote; but on Tuesday we will see how many take advantage of a rare chance at redemption and vote against H.R. 8404, better known as the (Dis)Respect for Marriage Act. How many Republicans will vote to turn their backs on the vision of marriage on which every healthy society is founded?” he wondered. “How many will join the narrow-minded view that people who believe in natural marriage deserve whatever ostracism and increasing social pressure they may feel, whether in the workplace, online, or even in their local neighborhood restaurant, to conform to the novel idea that moms and dads are interchangeable and expendable?”

As Cobb herself pointed out, not even 24 hours before they were cancelled, 12 Republicans helped pass the radical same-sex marriage bill out of the Senate, bringing this nightmarish piece of legislation even closer to reality. Those same GOP members insisted that even under this redefinition of marriage, people who believe otherwise would be due “proper respect” — and the language would “preserve, not diminish, religious liberty.” “It took less than a day for us to see how worthless that empty rhetoric is.”