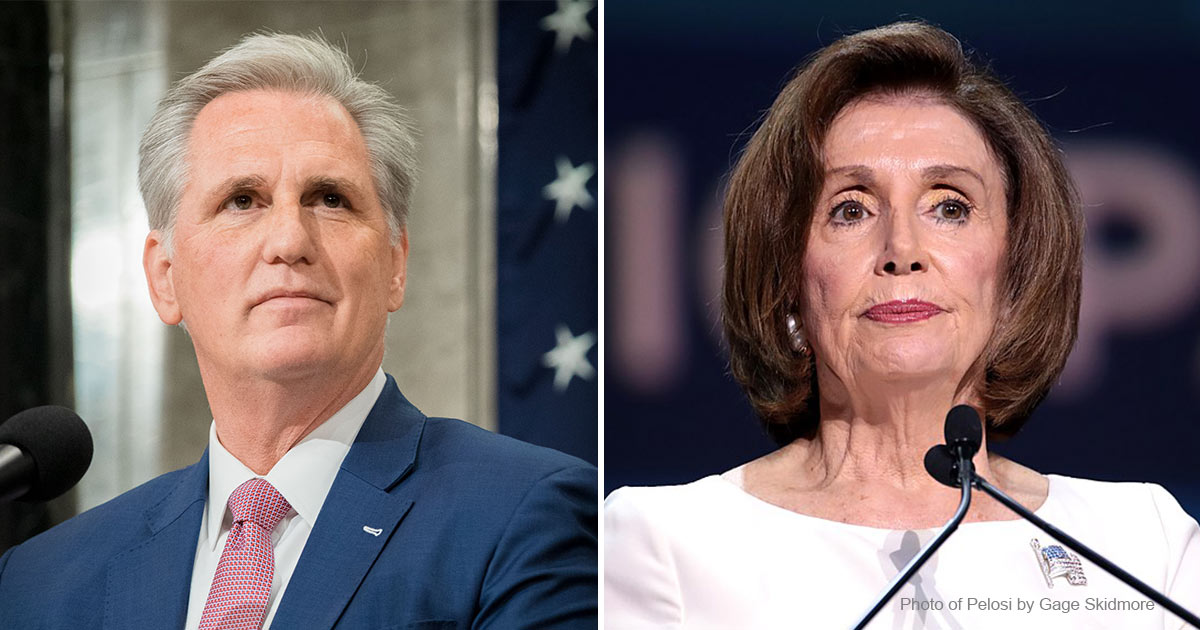 Republicans do not appear to have been able to bring the “big red wave” to the shoreline. Multiple elections remain too close to call, leaving control of both the House of Representatives and U.S. Senate uncertain. As of this writing, Republicans have won 199 of the 218 seats needed for a majority in House and 47 Senate seats.

Still, potential House Speaker Kevin McCarthy (R-Calif.) lost no time declaring victory. “It is clear we are going to take the House back,” he told supporters shortly after polls closed, promising to implement the GOP’s “Commitment to America” agenda. “When you wake up tomorrow, we will be in the majority and Nancy Pelosi will be in the minority.”

Republicans enjoyed a smashing victory in Florida, where Governor Ron DeSantis (R) defeated former Governor Charlie Crist by a landslide. The result contrasts with 2018, when DeSantis narrowly defeated the openly bisexual and far-Left Democrat Andrew Gillum by 0.4%. DeSantis credited his uncompromisingly conservative stance for his 19-point electoral blowout. “We have embraced freedom. We have maintained law and order. We have protected the rights of parents,” he told an enthusiastic crowd. DeSantis waged a widely publicized battle with Disney after barring teachers from encouraging discussions of sexual orientation or gender identity for children in kindergarten through third grade.

“We will never, ever surrender to the woke mob. Florida is where woke goes to die,” he said. “I have fought the good fight. I have finished the race in this first term. And I have kept the faith.”

Officials have not yet declared a winner in Arizona’s gubernatorial race, where Republican Kari Lake trails Katie Hobbs by one point, with 91% of the vote in.

The biggest story of the night is the nail-biting non-finish in multiple races that remain too close to call. In Georgia, incumbent Senator Raphael Warnock (D-Ga.) and Republican Herschel Walker remain locked in a pitched battle, separated by less than one percentage point. If neither breaks the 50% barrier, they will go to a runoff election next month. Similarly, Senate races in Arizona, Nevada, and Wisconsin remain uncalled as of this writing.

While numerous races have yet to be called, Republicans are viewed as likely to win control of the House of Representatives, raising questions about future Democratic House leadership. Speaker Nancy Pelosi (D-Calif.) has staved off leadership challenges from a younger, even-more-progressive wing of her party, premised in part on her record of victory. If that evaporates, her leadership role remains uncertain.

The abortion industry appears to have prevailed in numerous ballot initiatives, thanks in large part to an insurmountable fundraising advantage. Constitutional amendments in Vermont, Michigan, and California that would add a state “right” to abortion in their states’ constitutions appeared well on their way to passage. Conversely, Kentucky’s Amendment 2, which would clarify that the state constitution does not confer a “right” to abortion, is failing by six percentage points, with 53% of the vote in, as of this writing.

“Both North Carolina and Ohio had key state Supreme Court races up in all of those swings look like they're going to go towards Republicans,” Connor Semelsberger, director of federal affairs at the Family Research Council, told Perkins. The results mean a conservative majority more amenable to the constitution and the right to life, Semelsberger said.

In all, the 2022 midterms delivered a muddled message, nothing like the 63-seat “shellacking” Democrats took under President Barack Obama in 2010 nor the 53 seats lost by Bill Clinton, which gave Republicans control of the House of Representatives for the first time since 1952. Yet The New York Times clearly anticipated a red wave, advising its readers to “soothe election stress” by sticking their faces into bowls of ice water, limiting how often they look at election results, and trying to “breathe like a baby.”

Pro-family leaders cared less about the margin of victory than the quality, competence, and faith of the leaders empowered at the polls.