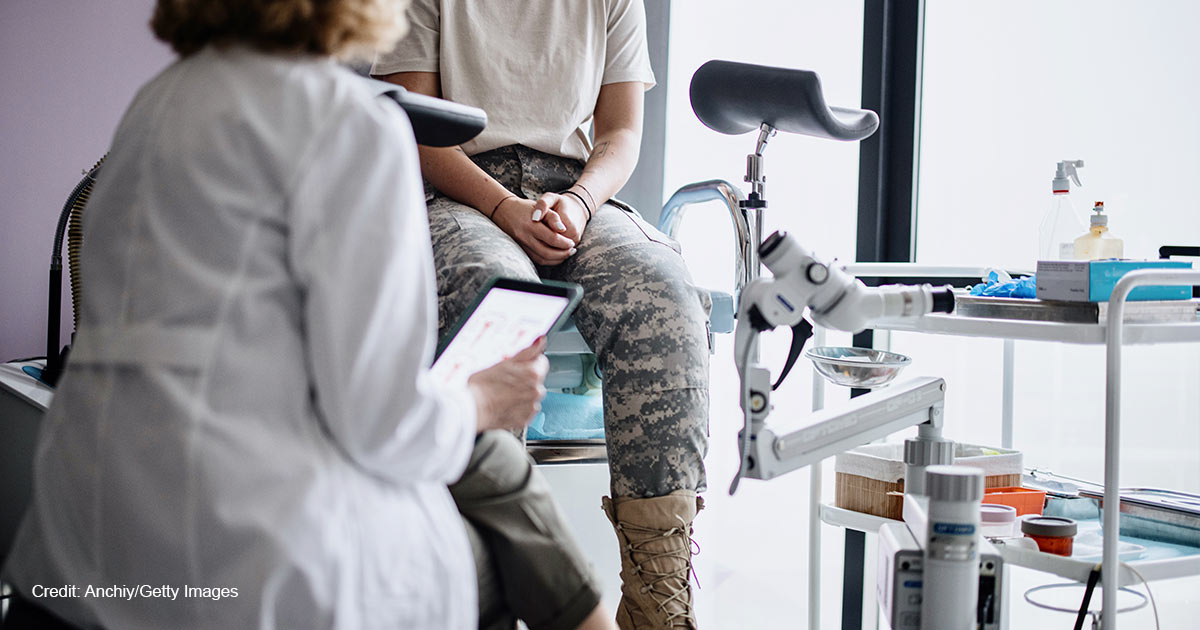 Abortion Is ‘What our Nation Owes’ Veterans: Biden Administration

For all his professed concern over threats to “our democracy,” President Joe Biden’s recent actions to expand abortion for active-duty and retired soldiers — which a Biden administration official says is “what our nation owes them” — is “running rogue over our Constitution,” a Republican congressman has said.

Biden’s “whole-of-government” response to the Dobbs decision aims to increase what he calls “access” to “reproductive services” for currently enlisted and retired members of the U.S. military — often at taxpayer expense. The Chief of Staff of the Army, General James C. McConville, on Thursday walked back comments that implied that the Army would allow female soldiers to transfer out of pro-life states exclusively based on that issue this week, saying the military will still try to “meet those preferences.” The Biden administration also announced it would offer abortions at Veterans Affairs (VA) medical facilities, a move that appears to violate national law.

Even considering an accommodation for servicewomen’s views on abortion, which the Supreme Court has clarified never enjoyed constitutional status, exceeds the consideration the Biden administration gave service members with religious objections to the COVID-19 vaccination mandate.

“Where’s the accommodations for soldiers who lost a paycheck because they wouldn’t get the COVID shot?” asked Rep. Ralph Norman (R-S.C.) on Thursday’s “Washington Watch.” The Biden administration selectively cites the alleged threat of the COVID-19 pandemic as a reason it cannot permit any exceptions in the military while revoking pandemic-era regulations giving U.S. Customs and Border Patrol agents greater border security. “At the border, when was it ever in effect?” asked Norman, noting the estimated 3.5 million illegal immigrants who entered the country during Biden’s 18-month watch, many unvaccinated and untested.

Biden’s insistence on forcing the COVID-19 shot on religious servicemembers but not on illegal immigrants is “an onslaught against our democracy, our freedom of religion,” Norman told guest host Joseph Backholm. “And it’s going to keep on until we change course and get this administration out.”

The Biden administration also announced it authorized VA hospitals to carry out abortions for female vets in cases of rape, incest, and to save the mother’s life, in a press release during the Friday afternoon news dump of Labor Day weekend.

“Pregnant veterans and VA beneficiaries deserve to have access to [abortion] when they need it most. That’s what our nation owes them,” said Department of Veterans Affairs Secretary Denis McDonough, “and that’s what we at VA will deliver.” A VA spokesperson said the VA would “immediately” offer abortion “in as many locations as possible.”

Pro-life critics say the move violates the Veterans Health Care Act of 1992, whose authors specified was “not including … abortions.” But the Biden administration, and supporters such as Senator Elizabeth Warren (D-Mass.), justify abortion expansion under the Veterans’ Health Care Eligibility Reform Act of 1996, which authorizes “necessary care.”

“This administration is running rogue over our Constitution, running rogue over our whole system of government,” Norman told Backholm. Senator James Lankford (R-Okla.) agreed, reminding McDonough in a letter, “Only Congress can change federal law, and Congress has held for the past 30 years that the VA is not permitted to offer abortion services … Abortion is not and will never be healthcare.”

Present military regulations, which allow abortion only in exceptional circumstances, have held the number of abortions on military facilities to less than 100 over the last five years: 35 in the Army, 30 in the Navy, 20 in the Air Force, and six in the Marine Corps between 2016 and 2021.

Norman has tried to codify widespread public opposition to abortion-funding into law over Biden’s objections. His “No Federal Funds for Abortion Travel Expenses” act (H.R. 8776) would counteract Biden’s executive order that could force taxpayers to fund abortion travel expenses for women in pro-life states seeking to have an abortion allowed by the Hyde Amendment.

Norman’s opposition to taxpayer-funded abortion represents a majority position shared by many who call themselves pro-choice. “Even people who think abortion should be legal aren’t necessarily in favor of seeing the federal government pay for abortions,” Claire McKinney, a Women’s Studies professor at the College of William and Mary, told Texas Public Radio. “I think if we presume normal political behavior, this is very unlikely to be the place people would focus their time and energy in trying to force the issue.”