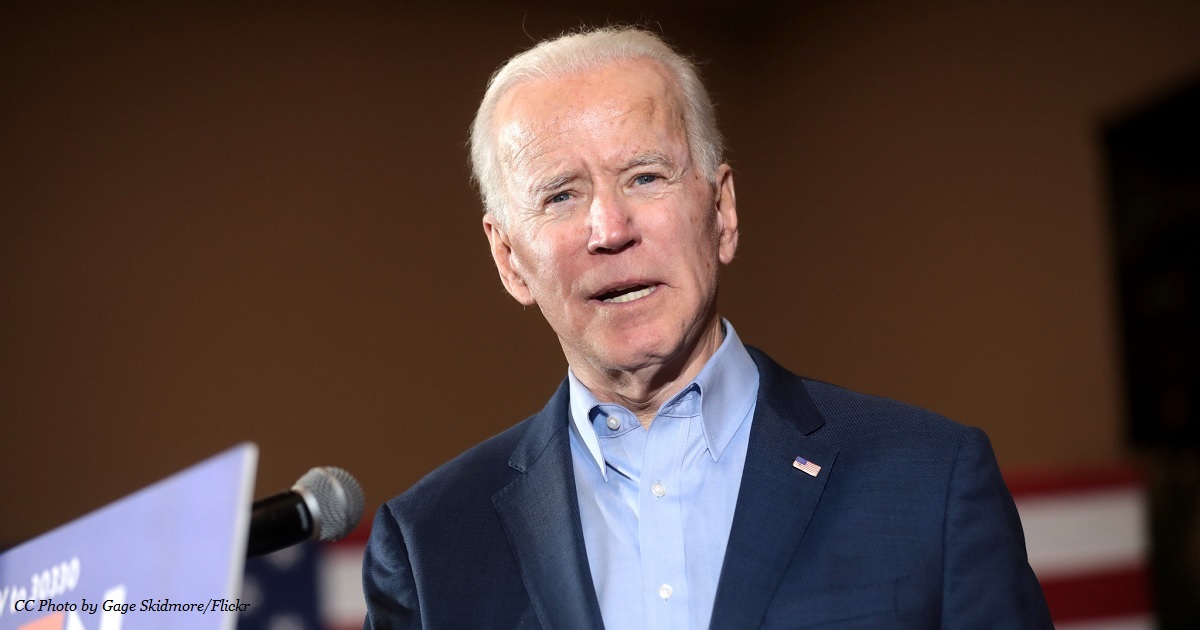 In a nationally televised speech Thursday night, President Joe Biden warned that “MAGA Republicans” have “fanned the flames of political violence” and constitute a “threat to American democracy,” charges a conservative congressman says aim only to “dehumanize” his political opponents.

During his poorly received Philadelphia address, Biden excoriated supporters of President Donald Trump as anti-democratic, potentially violent, and an existential threat to the United States. “Donald Trump and the MAGA Republicans represent an extremism that threatens the very foundations of our republic,” he said. “There’s no question that the Republican Party today is dominated, driven, intimidated by Donald Trump and the MAGA Republicans — and that is a threat to this country.”

The president’s critics said he delivered an “extremely dangerous” address. “He means anybody who opposes him is a danger and threat,” Rep. Andy Biggs (R-Ariz.) told Joseph Backholm, guest host of “Washington Watch,” on Thursday. “It dehumanizes anyone who is antithetical to his point of view,” said Biggs. “Make no mistake, that's what he’s trying to do: dehumanize anyone who disagrees or takes a heterodox position compared to him. They’re going to be demonized.”

“This president has been, quite frankly, the most divisive president in my lifetime,” Biggs said.

Biden frequently lashed out at the GOP with charges that boomeranged on his administration. Republican partisans “do not respect the Constitution” or “the rule of law,” said Biden, who saw his vaccination mandate for private employers, plan to have the EPA regulate carbon emissions, and unilateral eviction moratorium struck down as unconstitutional. His opponents “embrace anger,” he claimed, clearly piqued.

Biden instructed Americans to eschew “divisive culture wars” moments after claiming Republicans threatened the nation by seeking to repeal abortion and same-sex marriage. “MAGA forces are determined to take this country backwards — backwards to an America where there is no right to choose, no right to privacy, no right to contraception, no right to marry who you love.”

Ultimately, Biden elevated political differences to an eternal and existential level. “I believe we were in a battle for the soul of this nation,” he said, returning to his 2020 campaign theme. “The soul of America is defined by the sacred proposition that all are created equal in the image of God — that all are entitled to be treated with decency, dignity, and respect,” said Biden, who has endorsed taxpayer-funded abortion through all nine months of pregnancy.

He went on to declaim that Trump supporters “live not in the light of truth but in the darkness of lies.” Biden delivered the speech in front of an eerie lighting that transformed Philadelphia’s Independence Hall into a combination of dark black and crimson red, which Allie Beth Stuckey found reminiscent of Hell and said made Biden resemble a “Satanic ghoul.”

Two Marines’ silhouettes flanked Biden throughout the 25-minute address — a point that drew criticism from unexpected sources. “[T]he military is supposed to be apolitical. Positioning Marines in uniform behind President Biden for a political speech flies in the face of that,” tweeted CNN’s Brianna Keilar, an inveterate Biden defender. “It’s wrong when Democrats do it. It’s wrong when Republicans do it.” Her colleague, Jeff Zeleny, called it “a break with White House traditions.”

A former presidential speechwriter believed the politically focused address broke White House norms in other ways. “Biden is the only president in more than four decades to ask the major news networks to preempt their prime-time programming just weeks before an election and broadcast a campaign speech whose stated purpose is to attack the opposition party,” wrote Marc Thiessen, who is now an AEI scholar, shortly before the speech.

White House spokesperson Karine Jean-Pierre characterized Biden’s words as “not a political speech“ but “a speech that will be optimistic” during Thursday’s press briefing. “The way that he sees it is the MAGA Republicans are the most energized part of the Republican Party. This is an extreme threat to our democracy, to our freedom, to our rights,” she said a day earlier.

Biden attempted, at times, to lighten the dark tone of his divisive speech. “I’m an American president — not a president of Red America or Blue America, but of all America,” he insisted between jeremiads painting his foes as incipient domestic terrorists. America must “be a nation of hope and unity and optimism” rather than “a nation of fear, division, and of darkness,” said Biden, whom supporters dubbed “Dark Brandon.”

Republican leaders pushed back that Biden’s policies threaten to enervate the nation’s constitutional liberties. “Joe Biden and Big Tech colluded to silence your freedom of speech and shut down your voice on the largest communication platforms in the world. That is an assault on democracy,” said House Minority Leader Kevin McCarthy (R-Calif.) in a speech delivered in Scranton shortly before Biden’s. “Joe Biden and his Department of Justice labeled concerned parents who speak at school board meetings as domestic terrorists. That is an assault on democracy. Joe Biden has unilaterally rewritten the immigration laws of the United States, defying Congress and the Constitution that binds us all. That is an assault on democracy.” His litany also blamed Biden for shielding Hunter Biden from accountability for his foreign business deals and “politicized [the] Department of Justice” during the FBI raid on President Donald Trump’s home, Mar-a-Lago.

Others said Biden’s decision to give a highly partisan speech in front of a military backdrop resembled a tinhorn dictator. “That’s what autocrats do. That’s what petty tyrants do. That’s what leaders of the former Soviet Union, or Xi Jinping and China do,” stated Biggs.

“That is dangerous rhetoric coming from this president,” said Biggs.

Such bombastic statements have already fomented violence against conservatives, some noted. “Joe Biden’s wretched attacks on millions of Americans have fueled attacks on pregnancy centers, Republican offices, and an assassination attempt on a Supreme Court justice,” said Republican National Committee chairwoman Ronna McDaniel, adding that Biden embodies the Democratic Party’s “divisiveness, disgust, and hostility towards half the country.” Pro-abortion extremists have committed 53 acts of violence, terrorism, or vandalism against pro-life pregnancy resource centers since the leak of the Supreme Court decision overturning Roe v. Wade.

Classifying believers and conservatives as domestic terrorists — a tactic begun under Bill Clinton and intensified under the Obama-Biden administration — could have a long-lasting impact on their constitutional freedoms. “Believe me, they are coming for your rights — especially Christians. Especially,” warned Rep. Dan Bishop (R-N.C.) last month.

Many saw the speech as a distraction from Biden’s record on inflation, the border, and record-setting overdose deaths. “I think he’s uniting the country that we’re going in the wrong direction,” concluded Biggs.