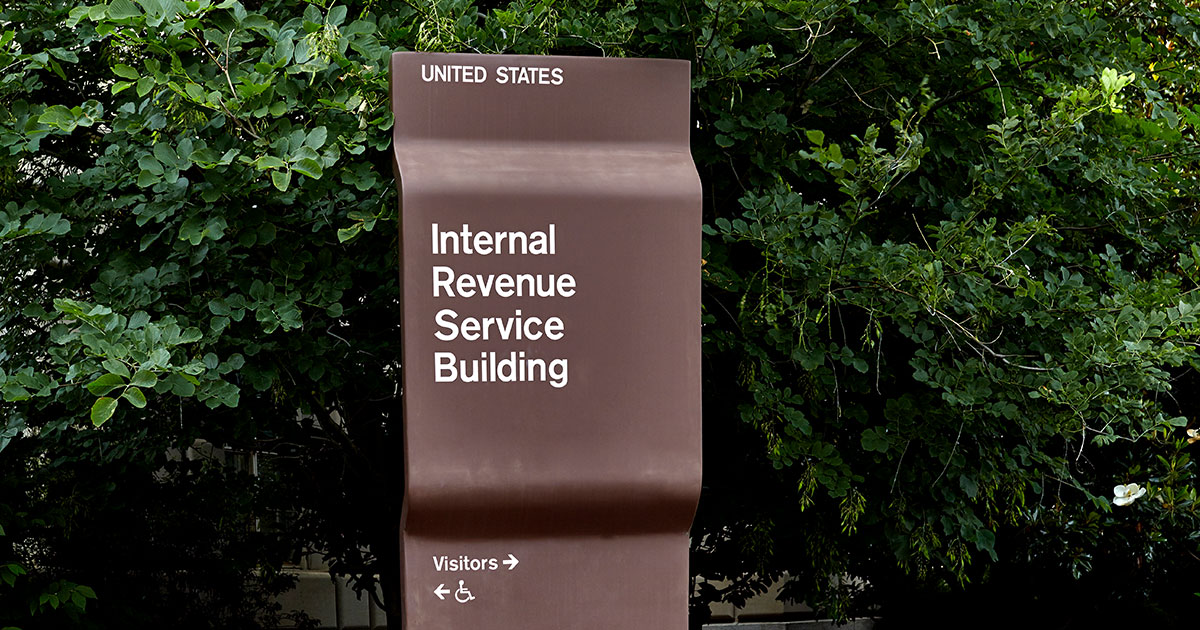 Tens of thousands of new IRS agents will target middle-class, conservative Christians for new rounds of audits if a bill favored by President Joe Biden passes Congress on Friday, an expert has warned.

The Democrat-controlled House of Representatives looks poised to pass the “Inflation Reduction Act of 2022” on Friday. The legislation — which cleared the Senate on Sunday by a party-line, 51-50 vote — would hire 87,000 new IRS agents in an effort to raise $124 billion in new revenue through enhanced “enforcement” actions, such as audits.

“Tom Brady fans notwithstanding, this does not reduce inflation,” Quena González, senior director of Government Affairs at the Family Research Council, told “Washington Watch” guest host Joseph Backholm on Thursday. “Originally, the bill was supposed to cost $728 billion. With the last-minute deal that was cut in the Senate, we don’t even know for sure how much this will cost.” The bill, a scaled-down version of Biden’s signature “Build Back Better” Act, includes hundreds of billions of dollars in environmentalist spending and Obamacare premium supports. Overall, the bill “would very slightly increase inflation until 2024,” and its “impact on inflation is statistically indistinguishable from zero,” according to an analysis from the Penn Wharton Budget Model.

But the act would heavily inflate the number of IRS audits performed — and critics warn the majority will fall on people of faith, and limited means, who oppose the president’s policies. The bill would fund “87,000 new agents to go after my grandmother, small businesses, to audit them,” said González.

Although White House officials have attempted to deflate talk of squeezing the middle-class, they have opaquely admitted such enforcement actions will increase under the bill. When a CNBC host asked White House economic adviser Jared Bernstein Monday, “Is the president guaranteeing nobody making under $400,000 will be audited?” Bernstein replied, “No, no, no.”

Treasury Secretary Janet Yellen publicly sent a letter to IRS Commissioner Charles Rettig Wednesday saying the tax agency should not use the bill’s funding to “increase the share of small business or households below the $400,000 threshold that are audited relative to historical levels.” (Emphases added.) But J.P. Freire, the communications director for Republicans on the House Ways and Means Committee, noted this “Orwellian language” includes the year “2010 when audits of the middle class were historically high.”

Applying 2010 audit rates to the $80 billion in new enforcement funding for the IRS would lead to 1.2 million new audits a year, with 710,863 additional audits targeting people who make $75,000 or less — a category Rep. Kevin Brady (R-Texas) refers to as “value shoppers at Walmart.”

“Conservatives and conservative organizations like ours know that the IRS has been weaponized in the past to come after us ideologically,” explained González. “The IRS initially denied a Christian organization their tax-exempt status, because they mentioned biblical teachings on their application. There’s a prior history of the IRS targeting tax-exempt groups for additional scrutiny based on their perceived political affiliation. Just last week, 40 House Democrats … sent a letter to the IRS commissioner asking them to look into Family Research Council’s nonprofit status, because they don’t like our politics. These kinds of misinformation-fueled investigations of conservative groups and of conservative individuals causes a lot of concern.”

Under the Obama-Biden administration, IRS official Lois Lerner flagged applications for tax-exempt status that included the terms “tea party” or “patriot.” In 2009, the IRS asked the Coalition for Life of Iowa to “provide the percentage of time your organizations spends on prayer.” Although Congress voted to hold Lerner in contempt, the Obama administration took no legal action against her, and ultimately Lerner was allowed to resign — and keep her full retirement pension and taxpayer-funded benefits package.

González reminded listeners of the fact that “an IRS agent anonymously, illegally leaked the donor list for the National Organization for Marriage” to the media in 2012. NOM supported a successful series of votes to protect marriage in state constitutions nationwide. The IRS claimed an unnamed employee forgot to remove the donors’ names when forwarding a copy of NOM’s 990 form to a reporter, who then forwarded the list to the Human Rights Campaign, an LGBT pressure group that led the effort against protecting marriage. Two years later, the IRS paid NOM $50,000 in actual damages.

The past will serve as prologue if the Inflation Reduction Act passes the House Friday, warned former Arkansas governor and two-time Republican presidential candidate Mike Huckabee. “One of the groups that needs to be careful [is] all these nonprofits who are pro-life, Christian, and conservative. It will be Lois Lerner all over again, targeting these people, because they don’t have rooms filled with lawyers and accountants” to defend themselves, he said. Rep. Jim Jordan (R-Ohio) agreed, noting that dozens of pro-life pregnancy resource centers have already “been assaulted [with] graffiti, all kinds of things. They’re now going to be … the ones who are going to be visited by these tax bureaucrats at the IRS."

Backholm pointed out that “the timing of this is so suspicious, because of the raid of Mar-a-Lago by the FBI. Nothing that has happened in the last week has made people trust their government more.”

The content of the bill, which funds green energy start-ups like Solyndra, also fails to inspire confidence, according to González. “It is a boondoggle. It is a gift. It is a gift for the Left,” he stated. “Green energy companies that tried and failed under Obama to use taxpayer dollars to bootstrap themselves into something that was actually profitable, they’re getting another bite at the apple.”

“The idea that the government using taxpayer dollars can create an entirely new market is just laughable. It is an absurd approach to energy and, frankly, to environmental stewardship,” González concluded.