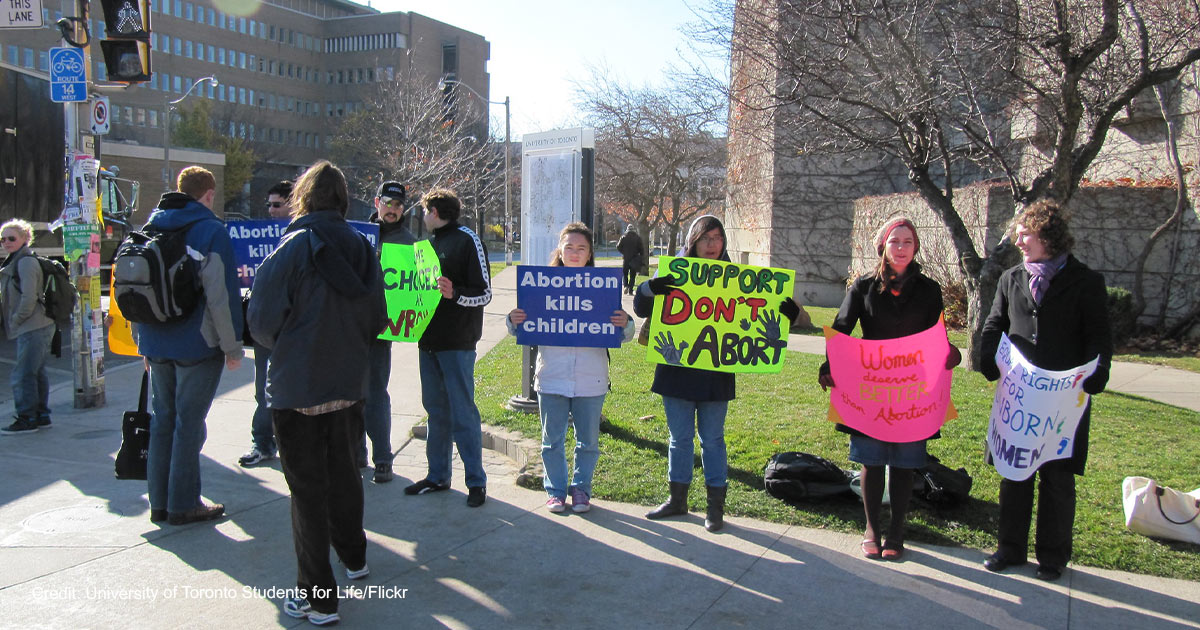 Eleven pro-life advocates, scheduled to appear in court Wednesday morning, became the latest in a “disturbing” series of armed raids by federal agents designed to stop Christians from sharing their “worldview,” according to a leading congressional Republican. But those committed to peaceful, law-abiding outreach at abortion facilities tell The Washington Stand they plan to increase their efforts to reach abortion-minded women.

The FBI raided the home of Paul Vaughn, the 55-year-old Christian father of 11, last Friday, levying charges against him and 10 of his pro-life associates that could result in up to 11 years in prison, three years of supervised release, and fines of up to $350,000 each. The Biden administration’s Justice Department accuses them of violating the Freedom of Access to Clinic Entrances (FACE) Act — the same crime they accused Mark Houck of committing when dozens of armed FBI agents arrested the Catholic pro-life leader in front of his seven children late last month.

“It is a pattern, and it’s exceedingly disturbing,” Rep. Jody Hice (R-Ga.) told “Washington Watch” guest host Joseph Backholm on Tuesday. “There is no question that we are witnessing right now in the United States of America the weaponization of our federal government to go after political enemies — primarily conservatives, Christian conservatives, pro-life conservatives, Second Amendment conservatives, Trump conservatives.”

Both Vaughn and Houck’s families documented a significant show of force at their homes, over incidents alleged to have occurred more than a year ago. In both instances, local courts appear to have declined to file charges, or dismissed charges against the defendants, before the Biden administration slapped the pro-life advocates with federal FACE Act violations. The incongruities have Hice and others questioning whether Attorney General Merrick Garland is pursuing justice or vengeance.

The Biden administration is “coming after the American people by use of force and intimidation to try to get people not to stand up for their constitutionally unalienable rights,” said Hice, who sits on the House Committee on Oversight and Reform. “It is frightening. It’s chilling. This is something that never, ever, under any circumstance should be taking place in our country.”

The double standard seems more pronounced, since more than 100 acts of vandalism, graffiti, or firebombing have occurred against pro-life pregnancy resource centers since a still-unknown source leaked a draft of the Supreme Court opinion overturning Roe v. Wade in May. “The Justice Department hasn’t taken any steps to halt the violence or arrest those who have claimed responsibility for it,” Lauren Muzyka, Esq., president of Sidewalk Advocates for Life, told The Washington Stand. “Imagine if even a fraction of that number of abortion facilities had been defaced or damaged: We all know that legal investigations would have been underway long ago.”

Yet the politically motivated violence of anarchist vigilante groups such as Jane’s Revenge, and the legal assault waged by the Biden administration, only “heighten our commitment to be on the sidewalk outside abortion and abortion-referral facilities, to continue to provide real help and hope to pregnant moms in crisis,” said Muzyka. “Pregnant moms continue to need our help post-Roe, and — abiding by that Pledge of Integrity — we will continue to provide it,” she said — whatever the consequences.

Last year, Sidewalk Advocates for Life trained pro-life advocates in 23 locations to effectively, lovingly reach women who approach abortion facilities. The group’s Pledge of Integrity, which “every single Sidewalk Advocate promises to adhere to, boldly states that all volunteers will be peaceful, prayerful, and law-abiding.” The pro-life advocates have brought a prayer-driven, faith-informed, and gracious message to abortion-minded mothers — and abortion facility workers and escorts — at 220 locations spanning the continental United States.

Counselors following these methods have saved 16,589 babies in seven years, according to the group’s 2021 Impact Report.

Muzyka realizes not everyone appreciates her accomplishments. “We are serving in a heated environment, and scrutiny of the pro-life movement is at an all-time high,” she told TWS, saying the group will continue to focus on the “safety” of advocates and mothers alike.

Meanwhile, Hice aims to rein in the DOJ’s misplaced focus on rounding up Christian pro-life advocates. He and 21 other congressmen, including six U.S. senators, demanded Garland explain these raids in a September 27 letter to the AG. “Surely, the FBI must have an extraordinary reason for showing up at the home of an American family, allegedly with roughly 25 heavily armed federal agents, and arresting a father in front of his seven children,” they wrote, demanding an explanation for the show of force by September 30.

When Backholm asked if Garland ever complied with the congressional request, Hice replied, “So far, at this point, nothing but crickets.”

Hice, a former pastor and seminary professor, likened the Biden administration’s mass arrests of Christians to the persecution of the early church recorded in the Book of Acts. Like the apostles, 21st century Christians must not lose hope or “cower” in the face of hostility. “This is a time for all of us to stand up, stand firm, to pray like we’ve never prayed before, and to engage like we’ve never engaged before,” Hice said on Tuesday.

“And the truth is, most of the time when we take a stand, we win.”