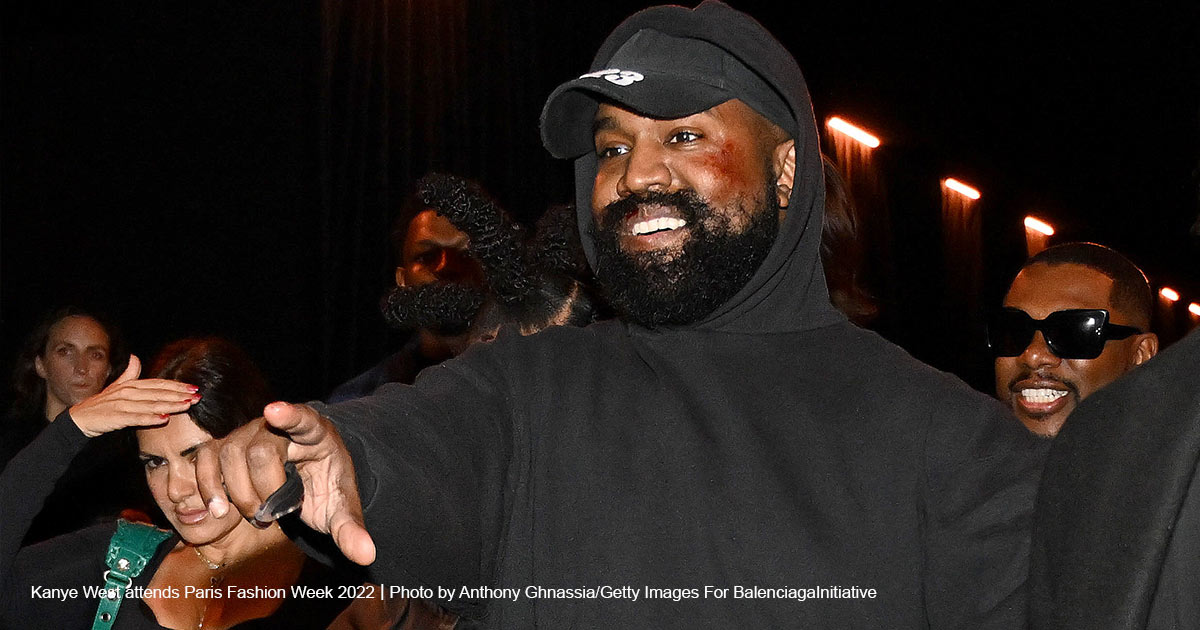 ‘I Perform for an Audience of One, and That Is God’: Kanye West Speaks Out in Pro-Life Interview

Kanye West may not be the first name that comes to mind when people think of the 2024 presidential race, but the rapper (who now goes by Ye) proudly declared “I’m pro-life” and that he lives his life to serve God alone before making a fleeting reference to a possible presidential campaign in two years’ time.

West, who tied the record for the most Grammys won by a hip-hop artist at 24, discussed his faith-informed political views for the full hour on Thursday’s episode of “Tucker Carlson Tonight.” Carlson asked why West designed the distinctive lanyard at the Paris Fashion Week to bear the image of an unborn child’s ultrasound.

“It just represents life. I’m pro-life,” West told Carlson unapologetically. When asked how the socially liberal fashion world responded to an image declaring the personhood of the unborn, West replied, “I don’t care about people’s response. I care about the fact that there’s more black babies being aborted than born in New York City at this point: 50% of black death in America is abortion.”

West, who openly wept when he admitted he considered aborting his own child, took aim at Planned Parenthood and its founder. Margaret Sanger, a eugenics advocate who launched “The Negro Project” to reduce the black population, recalled her speech to a meeting of “the women’s branch of the Ku Klux Klan” in Silver Lake, New Jersey, in 1926 in her autobiography. Sanger also referred to certain people as “human weeds” and believed anyone who wanted to reproduce should have to apply for a government license. Branches of the NAACP have criticized Planned Parenthood, which received $633.4 million in taxpayer funds during its 2020-2021 fiscal year, of trying to limit the black population.

“So, I don’t care about people’s responses,” West said. “I perform for an audience of one, and that is God.”

“I’m starting to see why they want to make you be quiet,” replied Carlson, the top-rated personality in cable news.

West said he first felt the need to speak out when Donald Trump ran for president in 2016, and everyone in his life —including his manager and his in-laws at the time, the Kardashians — warned him that endorsing the Republican presidential candidate would be career suicide.

“People with power try to make other people feel like they don’t have any. My power is through God,” he said, adding that when anyone praises his word, he gives all glory to God.

“God builds warriors in a different way,” he said, referring to his childhood in Atlanta and the south side of Chicago. “He made me for such a time like this.” He then pivoted between quoting the Book of Esther and referring to the history of the early kingdom of Israel. “It’s like with David: He tended to the sheep, but while he was out there, he had to fight all kinds of animals. So, when it was time for Goliath to come, he thought because [David] was a sheepherder, that he didn’t have the skill set to take down Goliath.”

West — who has an estimated net worth of $2.1 billion — referred to his position, authority, and “heart” to stand up for Christian principles. “But the number one thing is, we have God on our side,” West said to a responsive Carlson, who grew up Episcopalian. “Even if you don’t believe in God, God believes in you.”

The hip-hop legend’s defense of black life also led him to wear a sweatshirt that declared “White Lives Matter” earlier this week, alongside Candace Owens. He said he fashioned the statement based on “a gut instinct and a connection with God,” and his wholehearted conviction that every life is precious, because it reflects the image and likeness of God. With a son’s evident pride, he revealed that his father, Ray — a former Black Panther and photographer with the Atlanta Journal-Constitution — commended his son for wearing the slogan-emblazoned shirts. His father’s intelligence and proper use of English caused others to criticize him as not being authentically black, West said. “The same people who have stripped us of our identity and labeled us as a color have told us what it means to be black, and the vernacular we’re supposed to have.”

His father texted him that wearing the shirt represented “just a black man stating the obvious.” Few Hollywood stars would dare to say something so obvious because, West said, industry minders tell them “what to be afraid of” — namely, violating Tinsel Town’s socially liberal orthodoxy. The industry, which operates largely through currying favor, does not understand how to react “if you have a person that isn’t afraid of them — like a Russell Brand or a Candace Owens.”

Or a Kanye West, who announced in the fall of 2019 that he recently accepted Jesus Christ as his Lord and Savior. At the time, Kim Kardashian, got baptized with their children at the ancient Etchmiadzin Cathedral, the most important site of the Armenian Apostolic Church. He spoke at Joel Osteen’s Lakewood Church in the Houston area and sang Gospel music to prisoners. His ninth CD, “Jesus is King,” debuted at number one on the charts and won the Grammy for Best Contemporary Christian Music Album. His second Gospel project, “Donda,” launched at the top spot on Billboard’s Top Christian and Top Gospel albums last September 11.

West briefly mentioned the possibility of throwing his hat into the 2024 presidential election, as well. “I want to talk about my potential run for 2024,” he said, also referring to such potential candidates as former President Donald Trump and “the beloved” Florida Governor Ron DeSantis (R). “For politicians, all black people are worth is an approval rating. The Democrats feel like they don’t owe us anything,” as do Republicans. Yet about nine out of 10 black voters supported Joe Biden in 2020 and regularly support the Democrats.

West announced his presidential bid on July 4, 2020 but curtailed his campaign in less than two weeks. But, speaking in a relaxed manner in his studio with Carlson, he seemed open to using his vast influence to direct the government to reflect Christian principles.