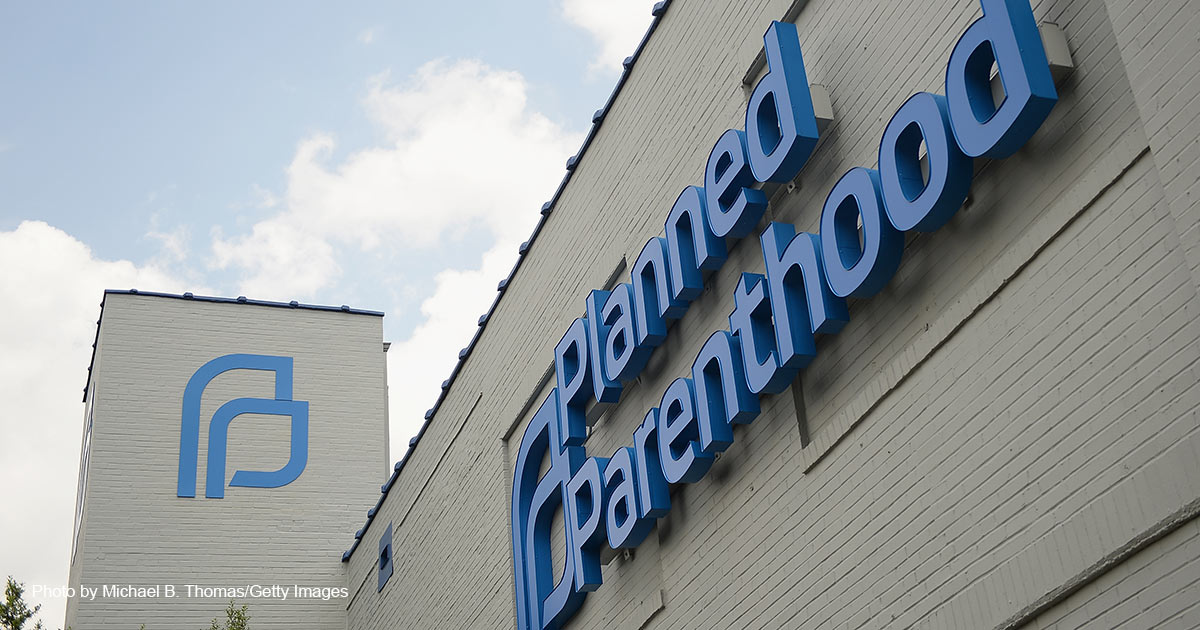 Despite having hundreds of thousands of fewer customers, Planned Parenthood committed a record-breaking number of abortions and received an historic amount of funding from U.S. taxpayers in 2021, according to its newly released report.

“Planned Parenthood’s latest report continues to confirm what their mission is about: death and taxpayer funding,” Connor Semelsberger, director of federal affairs at Family Research Council, told The Washington Stand.

“Planned Parenthood … [is] proud to provide abortion. That’s never been more true than during the COVID-19 pandemic,” the report said. “Abortion is essential health care that cannot wait for the end of a pandemic,” it asserted.

Planned Parenthood managed to turn a larger profit even though nearly a quarter-million fewer people walked through its doors in 2021, and scheduled fewer appointments for 15 out of the 19 “services” it offered. The number of breast exams performed by Planned Parenthood fell by half and PAP tests decreased by 30% over the last five years. The number of female sterilizations fell by 86% since 2016. Even contraceptive distribution, long a pillar of Planned Parenthood’s funding, fell by 508,661.

Only the number of abortions consistently increased each of the last five years. That runs contrary to PPFA’s promise, in this year’s report, to “ensure access to care for everyone we can, everywhere we can, in every way we can.” (Emphasis in original.)

Transgender hormones: The annual summary of PPFA’s actions also showed the organization pushing into such controversial areas as administering cross-sex hormones to people who identify as transgender, which the group portrays as “gender-affirming care.” Last year’s report stated with pride that Planned Parenthood had “[m]ore than 200 [offices] in 31 states providing hormone [injections] for transgender patients.” This year’s missive did not specify the number of facilities involved in such activities, lumping “transgender services” in with 15,902 miscellaneous “other services.”

COVID-19 vaccinations: Planned Parenthood’s annual report also touted a new bilingual program “encouraging a broader audience to get the lifesaving COVID-19 vaccine.” In the first six months of 2021, Planned Parenthood injected 13,105 doses of the COVID-19 vaccine. All of the COVID-19 vaccines currently approved in the United States have been developed with or tested on aborted fetal cells. The Johnson & Johnson vaccine was designed, developed, and produced using the PER.C6 cell line, derived from a 1985 abortion. Moderna and Pfizer each tested their vaccines on the HEK293 cell line, fetal kidney cells derived from an abortion carried out in 1973.

Militant left-wing political advocacy: Planned Parenthood vowed to remain at the forefront “advocacy and cultural change,” forming a united front with others on the Left. “We are going to be the linked arms of LGBTQ+ people and people of color and immigrants … We are going to be builders of a new foundation for our rights,” the report said. “Planned Parenthood helped build a coalition of more than 90 reproductive health, rights, and justice organizations to push for federal policies” such as repealing the Hyde Amendment and other barriers to increased taxpayer funding of abortion and abortion advocacy.

Changing business policy and popular culture: PPFA worked with large corporations on their response to the time when the Supreme Court would overturn Roe v. Wade. PPFA “laid the groundwork for companies to take decisive action when access to … abortion, is threatened,” its report said.

PPFA also reviewed the scripts, provided “media training,” and gave “legal guidance” to two 2020 movies about abortion and collaborated about “abortion and sexual health stories in many popular TV shows,” the report said. “This work means that popular media treats these stories … in ways that change culture and reduce stigma” associated with having an abortion.

“Planned Parenthood seeks to impose abortion and sexual license worldwide and seizes every opportunity to do so. Its income continues to grow as its abortion business flourishes and its customer base shrinks,” said Rita Diller of the American Life League. “This annual report is yet another wake-up call. It is time to stop Planned Parenthood.”