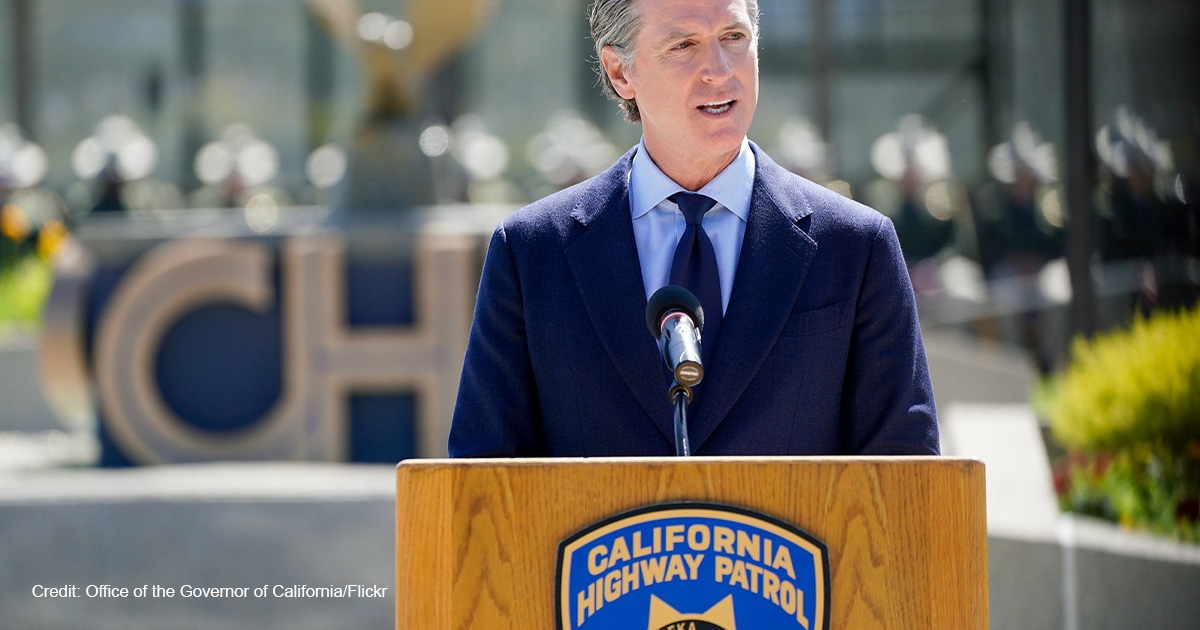 Christians who reject transgender ideology could virtually be barred from serving as police officers in the nation’s largest state, thanks to a series of laws and guidelines rolled out under California Governor Gavin Newsom (D) — policies that experts say may lead officers to make more dangerous decisions and would chill free speech. State officials have said police departments should scour applicants’ social media profiles for “disqualifying bias,” such as calling a man who identifies as female a male.

Late last month, Newsom signed a bill (AB 2229) requiring all police applicants to undergo a psychological evaluation to test “bias” based on “gender” or “sexual orientation.” A companion bill currently under consideration (AB 2547) would ask police departments to search “applicant social media profiles” for “content indicative of potential biases, such as affiliation with hate groups” — yet both measures merely build on existing laws and guidelines.

Last fall, Newsom mandated the state’s Commission on Peace Officer Standards and Training to have all police applicants evaluated for “implicit bias” based on gender and sexual orientation and signed another measure to revoke a police officer’s badge if he demonstrates such bias. The latter bill would bar the officer from serving anywhere in the state.

The term “bias” often remains ill-defined or undefined in these laws, but the auditor of the State of California produced an example in a report this April, after evaluating five major police departments. The report deemed an officer guilty of “disqualifying” act of “bias” for posting a meme on his private social media page that referred to the assistant secretary of HHS, whose birth name was Richard Levine, as a man. The auditor’s report recommended human resources officials perform a “[c]heck of applicants’ social media websites for disqualifying content” and “[s]creen out applicants with implicit or explicit biases.” Presumably, posting a verse from the Book of Genesis that God created mankind “male and female” may be classified as biased against people who identify as nonbinary.

Yet an applicant need not say anything to be “screened out” of the job pool.

Newsom’s guidelines require implicit bias tests to examine an applicant’s adherence to LGBTQ ideology. One such test measures negative brain activity, involuntary physical responses, and how long it takes for the applicant to match such positive words as “glorious” with “pictures of same-sex couples standing next to each other or holding hands.”

Experts say implicit bias tests have become an article of faith, but they do not reflect scientific best practices. “We’ve done damage in the past few years — first, by putting faith in implicit bias training and testing beyond what the evidence tells us,” Hannah E. Meyers, director of policing and public safety at the Manhattan Institute, told The Washington Stand. “Research on the impact of implicit bias training is very mixed, with some studies showing it actually leads officers to make worse, more skewed decisions in the field.”

For instance, officers in the New York Police Department became modestly more likely to arrest black suspects after undergoing implicit bias training, according to an analysis of pre-pandemic behavior. A 2016 study of multiple implicit bias interventions found “none were effective after a delay of several hours to several days,” while a separate study found white candidates subjected to such tests were “more stressed” and “expected more unfair treatment and discrimination against whites.”

“It will be critical that California stay within the bounds of what is scientifically shown to reveal behavioral bias, while avoiding amplifying an incorrect narrative that paints anyone interested in wearing a badge as tainted with bigotry,” said Meyers.

The proposed bill’s criteria of “hate groups” also raises the possibility Christian applicants will lose their job because of their affiliation with a church that teaches sexual morality or biological reality. AB 2547 would allow a state agency to determine which groups qualify as a hate group. Many would defer to the well-financed Southern Poverty Law Center, which lists the Alliance Defending Freedom, American Family Association, D. James Kennedy Ministries, Liberty Counsel, and other pro-family organizations as “anti-LGBTQ hate groups.”

SPLC’s “hate groups” list also includes general political organizations such as the Center for Immigration Studies, the Federation for American Immigration Reform (FAIR), and ProEnglish (which promotes the use of English as America’s official, “unifying language” for all ethnic groups).

The SPLC’s designation of Family Research Council facilitated an act of domestic terrorism, as a gunman used the SPLC’s map of “hate groups” to open fire inside FRC headquarters during an August 2012 rampage — which ended when FRC security guard Leo Johnson’s bravery prevented the loss of life. Giving state bureaucrats the power to define their political adversaries as hatemongers “threatens a new era of McCarthyism,” warned attorney Matthew McReynolds of the Pacific Justice Institute.

Worse yet, this debate takes place as California’s crime rate continues to skyrocket.

Crime Rate Up, Police Forces Down

As Soros-backed district attorneys refuse to prosecute criminals or even hold them on bail, police recruiting has fallen and crime has surged statewide. Homicide rates increased 7.2% in 2021 over already high 2020 rates, while homicide arrests fell 2.9%, California Attorney General Rob Bonta (D) announced in August. The violent crime rate increased 7% and property crimes rose 3%, while arrests decreased 7%. “[P]roperty and violent crimes continue to have devastating consequences for communities across the state,” said Bonta.

At the same time, the Golden State’s police forces are bleeding personnel. Los Angeles police are losing 50 officers a month, reported Tyler O’Neil of The Daily Signal. Other major forces report similar recruiting barriers. Los Angeles County Sheriff Alex Villanueva may have pointed out one reason when he said 80% of his force is “conservative and right-wing.”

Efforts to defund the police also left Californians vulnerable. “A national focus on reducing the size of the criminal justice system for the reason that black Americans are overrepresented in it, has led to significantly more disparate rates at which blacks are both the victims and perpetrators of violent crime,” Meyers told The Washington Stand.

The Importance of ‘Good Judgment, Maturity, and Respect’

California’s statewide hunt for alleged anti-LGBTQ “bias” has not remained confined to the West coast. The Obama-Biden administration issued multiple reports attempting to tie “right-wing” or “pro-life” advocates to domestic terrorism, even as Islamists struck Fort Hood and other soft targets. Immediately upon assuming office, President Joe Biden ordered a thorough inspection of the U.S. military for “extremism.” Nearly a year later, the Pentagon uncovered 100 cases of extremism out of two million enlisted service members — or 0.0005% of the armed forces. Yet Biden has only continued to indulge in rhetoric that “dehumanizes anyone who is antithetical to his point of view,” according to Rep. Andy Biggs (R-Ariz.).

Barring anyone who displays even the most imperceptible “bias” against displays of gender nonconformity or homosexual activity could exclude the most qualified candidates, who also follow such Judeo-Christian concepts as the Golden Rule, experts warn.

“It is supremely important to recruit and hire officers with good judgment, maturity, and a commitment to treat all citizens with respect and without bigotry,” Meyers told TWS. “Otherwise, the state will end up with only low-quality candidates and officers who may execute the job in ways that endanger all citizens. And it will be vulnerable minorities who bear an ever more skewed cost as public safety crumbles.”