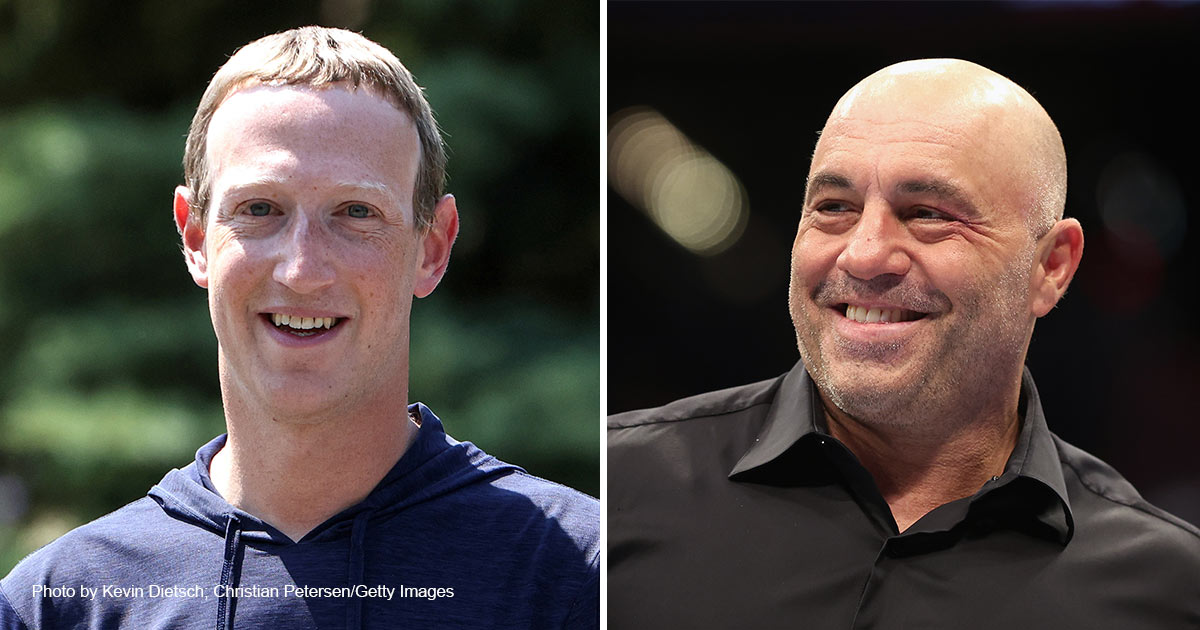 Facebook founder Mark Zuckerberg revealed his platform censored stories about Hunter Biden’s laptop after a warning from the FBI — a practice that a former FBI investigator says violates the norms and standard operating procedure of that department.

Zuckerberg told podcaster Joe Rogan that it limited users’ sharing of articles about the “laptop from Hell” after the FBI warned Facebook employees to be on “high alert,” because “there was a lot of Russian propaganda in the 2016 election,” and “there’s about to be some kind of dump that’s similar to that. So, just be vigilant.” Though agents did not specify the Hunter Biden story, Zuckerberg said, Facebook proceeded to enact a “meaningful” cap on the number of people who saw the story. Other social media platforms forbade users from sharing the story altogether.

That act of misguided, Big Tech censorship meaningfully impacted the outcome of the 2020 election. The Media Research Center polled Biden voters in swing states and found “full awareness of the Hunter Biden scandal would have led 9.4% of Biden voters to abandon the Democratic candidate, flipping all six of the swing states he won to Trump, giving the President 311 electoral votes.”

At the time, the legacy news media, former intelligence figures, and Democratic politicians derided the computer as an example of “Russian propaganda” and “disinformation.” Zuckerberg went on to tell Rogan “it sucks” that his company had questioned the veracity of the story, which multiple legacy news outlets verified well after the election, but “the process was pretty reasonable.”

The FBI’s vague message set off alarm bells for a former federal investigator. “It’s not business as usual for the FBI,” Jonathan T. Gilliam, who spent eight years as an FBI special agent, told “Washington Watch” guest host Joseph Backholm on Monday. When the FBI has actionable intelligence of a specific fraudulent activity, such as “some type of scam that is going around, and there’s actual proof that people are being injured by this scam, then the FBI can approach,” Gilliam stated.

Senator Marsha Blackburn (R-Tenn.) shared similar concerns on Fox Business Tuesday morning. While “the majority of FBI agents are effective,” there is now a “political cabal inside the FBI agency that is deciding whether they are going to push forward information or suppress other information,” the senator told host Maria Bartiromo.

Whistleblowers have said the “FBI leadership” told them “you will not look at that Hunter Biden laptop” until after the election, because the FBI was “not going to change the outcome of the election again.” Senator Ron Johnson (R-Wis.), whose office learned of the interference, said, “If you turn a blind eye toward one individual with ties to one political party and you aggressively go after others of the opponent party, that’s a real problem. That’s a real danger to our democracy.”

The FBI’s Facebook alert came after these acts of apparent stonewalling.

Zuckerberg stated in an almost-offhanded manner that the FBI has given Facebook periodic content warnings and “alerts” over the years. The FBI responded over the weekend, saying it “routinely notifies” social media platforms. “The FBI will continue to work closely with federal, state, local, and private sector partners to keep the public informed of potential threats, but the FBI cannot ask, or direct, companies to take action on information received,” the agency vowed.

“What that shows me is that, one, it’s not the first time that they’ve done this. And two, the FBI is literally tasking social media companies to do their bidding,” Gilliam told Backholm. “When they task other entities to do their bidding, those entities are working as agents of the United States government. And it’s a violation of your First Amendment rights.”

Although the federal law enforcement agency should not act in such a fashion, “in context, with the way that certain areas of the FBI now function, it does not surprise me,” said Gilliam, a former Navy SEAL. “The way Donald Trump has repeatedly been attacked pointed out a systematic process going all the way back to as far as 2015, when he declared his candidacy.” Gilliam described a pattern of Democratic Party operatives or intelligence figures planting stories in the media, then citing media reports to justify surveillance of Trump and his associates. “And then the next thing you know, you have a committee in Congress” investigating the alleged scandal.

The Clinton campaign, Democratic officeholders, and the media maintained the notion of massive Trump-Russian collusion for more than two years, until Special Counsel Robert Mueller’s report found no evidence of such a conspiracy. Page 33 of his 448-page report found that Russian agents purchased $100,000 in Facebook ads in 2015-2016, mostly on micro-targeted ads unrelated to the election. The Trump and Clinton campaigns spent $81 million on Zuckerberg’s platform.

Gilliam noted that “the same [FBI] unit is being used over and over again,” and that members of the counterintelligence unit had ties to “Peter Strzok and Lisa Page, who said they wanted to take down Trump” in private text messages sent between the adulterers. The unit was “also involved with the Mar-a-Lago raid,” he said. “The behavior that we’re seeing is normal for criminals,” not law enforcement.

The only group served by such raids is “really not the FBI. It’s the Democrat Party. It’s the ideological Left,” said Gilliam. “What you see is a criminal enterprise of people conspiring to stop this president from becoming elected. And that’s just part of the picture overall, to usher in socialism, and stop free speech, and capitalism,” and conservatism, Gilliam concluded.