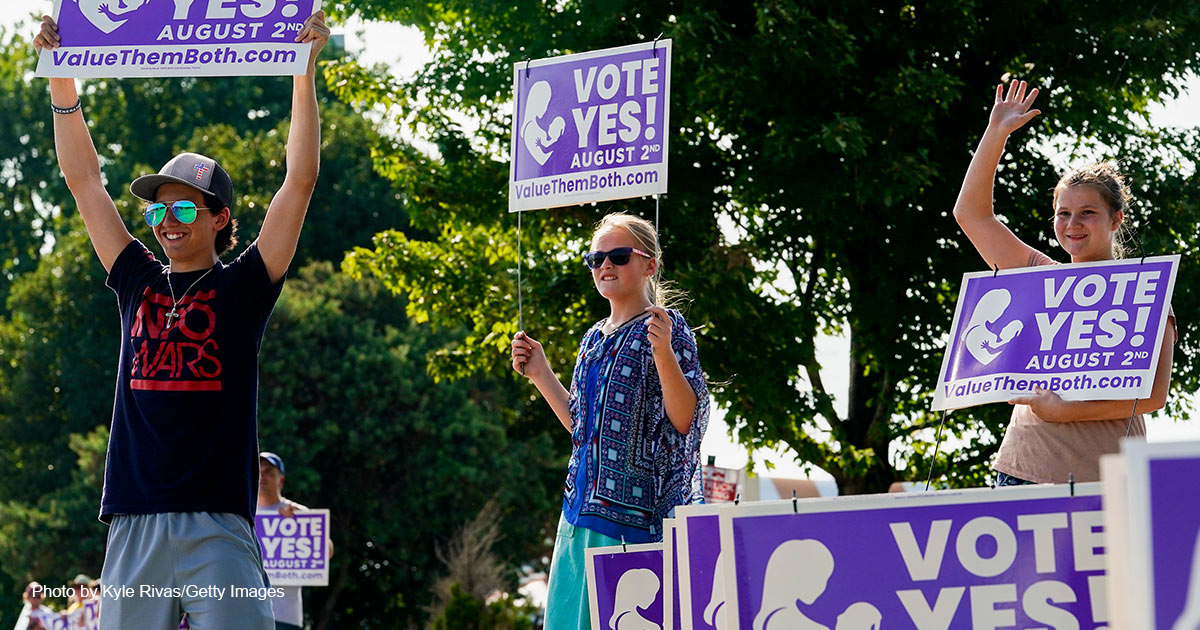 Since the Dobbs draft leak in early May and through the final decision in June, pregnancy resource centers (PRCs) and churches have been the target of political attacks.

Notably, one anarchist group called “Jane’s Revenge” made headlines as they vandalized pro-life centers across the country, including Capitol Hill Pregnancy Center in Washington, D.C. and Wisconsin Family Action headquarters in Madison. In anticipation of the overturning of Roe v. Wade, Jane’s Revenge released an ominous warning of a “Night of Rage” in D.C., where they planned on terrorizing groups supportive of the Supreme Court’s decision through rioting and vandalism. With amplified security around the court and various potential targets, there were no reported acts of violence in D.C. that night.

Following the Dobbs decision, in the past month, there have been several vandalism instances targeting PRCs and faith centers, by Jane’s Revenge and other pro-abortion activists. Some members of Congress have taken action to ensure the protection of churches and pro-life centers, such as Senator Josh Hawley (R.-Mo.) proposing his Pregnancy Resource Center Defense Act, a bill that would make it a felony offense to attack these institutions.

Tuesday, people in Kansas hit the polls and voting on the “Value Them Both Amendment,” a ballot initiative seeking to change the state’s constitution to make it possible to pass pro-life laws. With this first post-Roe attempt to change state abortion law, several instances of hate crimes against pro-life individuals and organizations have been reported in the Greater Kansas City area.

While door-to-door canvassing for the ballot initiative on behalf of Students for Life, a college-age girl was assaulted by a woman who hit her in the head and screamed at her. According to a press release by the pro-life youth organization, 18-year-old Grace Hartsock was leaving the doorstep of a woman who was not supportive of the ballot initiative, when she was chased down by the woman’s daughter who attacked her.

According to the official statement, “Hartsock told police that as she made it down the driveway to get distance from the irate pro-abortion supporter, the daughter threw a piece of food that hit her in the face, and she followed Hartsock down the street screaming curses and phrases such as, ‘I hope you get raped,’ and ‘I hope you get run over by a car!’” Hartsock was taken to the hospital and did not sustain any serious injuries, though she was understandably jarred by the experience.

Joy Stockbauer, a policy analyst for Family Research Council’s Center for Human Dignity, believes that this assault is representative of the greater abortion movement at large. She told The Washington Stand, “[Pro-abortion activists] are even willing to attack pro-life young women and wish rape upon them if they fight for their convictions — why? Because these women are disproving the false narrative that the pro-life movement is only old white men, when in reality it is incredibly diverse and spearheaded by largely female leadership.”

Several local churches sustained vandalism attacks leading up to the Kansas initiative as well. In Lawrence, Kansas, two churches, Victory Bible Church and Calvary Temple Assembly of God, were defaced with red spray paint, with phrases such as “My Body, My Choice,” “Vote No,” and “No Forced Birth” on their buildings. Pastor Leo Barbee Jr. of Victory Bible Church, who publically supported the amendment, told the local media, “We have not taken stands to be controversial. We’ve taken stands to be biblical.”

“These acts of senseless violence and destruction are further proof of what we already knew about the abortion industry – they neither respect nor value women,” Stockbauer explained to TWS. “The Value Them Both amendment is an opportunity for the people of Kansas to take back their state constitution and allow legislators to enact common sense protections for women and unborn Kansans. Attempting to silence churches who dare to speak out in support of this amendment is an attack on both religious liberty and free speech — rights that actually are constitutional.”