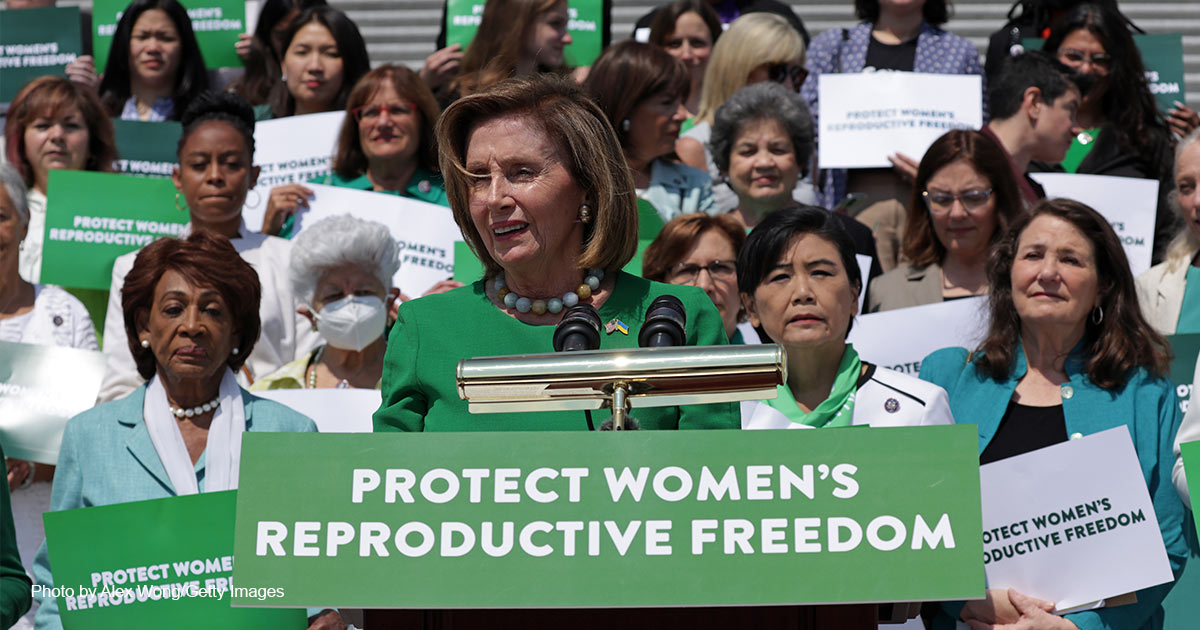 ‘They Are the Party of Death’: House Democrats Pass Bills Expanding Abortion Until Birth

The House of Representatives has passed two abortion-expanding bills, one of which would strike down virtually all pro-life laws nationwide and potentially force taxpayers to fund abortion until birth. Opponents have called it the most extreme pro-abortion bill in U.S. history, saying both measures would shield disreputable abortionists while throwing “a cloak around” sexual predators.

On Friday, the Democrat-controlled House passed a bill its supporters call the “Women’s Health Protection Act” on a near party-line vote, 219-210. One Democrat, Rep. Henry Cuellar (D-Texas), joined all Republicans in voting against the abortion-expanding legislation.

Although Democrats claim it would “codify Roe v. Wade into law,” the WHPA would strike down most of the 1,381 pro-life protections state legislatures enacted between 1973 and the Supreme Court’s June 24 Dobbs ruling. The bill, which opponents dub the “Abortion on Demand Until Birth Act,” sweeps away a myriad of laws requiring parental consent or notification, raising cleanliness standards in abortion facilities, barring eugenic or sex-selective abortions, or limiting virtually any abortion for any reason.

“This is extreme position,” Rep. Vicky Hartzler (R-Mo.) told “Washington Watch with Tony Perkins” shortly after the vote. She noted there are only a handful of other nations in the world, “including North Korea and China, which allow these late term horrific abortions.” If the WHPA becomes law, “commonsense laws that have got[ten] bipartisan support in their state chambers that would just be wiped out because the federal government says there’s now an unfounded right to abortion,” Connor Semelsberger, director of Federal Affairs at Family Research Council, told Perkins. The bill also bans American voters from democratically enacting any law that “impedes access to abortion,” or that might “delay or deter some patients” from obtaining an abortion. (Emphasis added.) Provisions of the bill may be interpreted to require taxpayer funding of abortion or to threaten the conscience rights of Christian medical providers.

But Speaker Nancy Pelosi (D-Calif.) said, “If we claim to love freedom, to be a free and just society, we must ensure that this basic human right” to unhindered abortion-on-demand “is finally enshrined into law.”

The House also passed the “Ensuring Access to Abortion Act” Friday by a 223-205 vote. All House Democrats and three Republicans — Reps. Brian Fitzpatrick of Pennsylvania, Adam Kinzinger of Illinois, and Fred Upton of Michigan — backed the measure.

“While they claim [the bill is] about just protecting a woman’s right to travel across state lines,” Semelsberger said the act “was pretty sloppily drafted” to the point that it may harm human trafficking victims.

Hartzler called the bill “a cloak on the sexual predators,” because Democrats are “opening up the door for sexual predators to be able to take their victims and force them to have an abortion in another state.” The abortion industry in general, and Planned Parenthood in particular, has a long and deplorable history of covering up sexual abuse and statutory rape. Hartzler said the bill’s language shows the Biden administration has “clearly been at war with women.”

Both bills House Democrats rushed through the chamber before their August recess would significantly benefit the abortion industry. The WHPA bans laws that would “directly or indirectly increase the cost of providing abortion” by such businesses as Planned Parenthood, including targeted measures to improve health and safety standards at unsanitary abortion facilities.

Although the “Ensuring Access to Abortion” act claims it secures a mother’s right to travel for abortion, the first two provisions of the bill protect abortionists and their assistants from prosecution; pregnant women are mentioned third. It also bans lawmakers from prohibiting the importation of abortion-inducing drugs from other states — or, Semelsberger noted, possibly other countries.

“These bills would endanger lives by expanding the reach of chemical abortion and allowing telemedicine mailing across state lines without physical examination, which could be life-threatening, especially in cases of ectopic pregnancies,” said March for Life President Jeanne Mancini. “We urge Congress to prioritize life-affirming legislation rather than harmful bills that prop up the pro-abortion lobby."

Friday’s votes come in the middle of a marathon series of abortion-related hearings on Capitol Hill, where Democratic witnesses have said “abortion is liberation,” that Americans should “celebrate” the grisly procedure, and that anyone who denies men can get pregnant has committed “violence.” Democratic politicians, facing stiff headwinds in the 2022 midterm elections, fixated on vitiating the Supreme Court ruling, because “they are the party of death,” said Hartzler. “They are so extreme, and they’re out of touch with what the American people want.”

Polls show 55% of all Americans support heartbeat laws protecting a child from the moment a doctor can detect a fetal heartbeat. “Recent polling by Students for Life of America’s Demetree Institute for Pro-Life Advancement indicates that ‘an astonishing 8 in 10” members of Gen Z or millennials “want to vote on abortion policy in their states — up from 66% last year,’” noted SFLA President Kristan Hawkins.

Both bills now move to the Senate, where even proponents admit they are all but certain to fall short of the 60 votes necessary to overcome the filibuster. The Senate has already voted down the WHPA twice this year — in February and again in May — with the help of pro-life Democrat Joe Manchin (D-W.Va.). And Senator James Lankford (R-Okla.) signaled his opposition to the Ensuring Access bill earlier this week, asking on the Senate floor, “Does that child in the womb have the right to travel in their future? Do they get to live?”