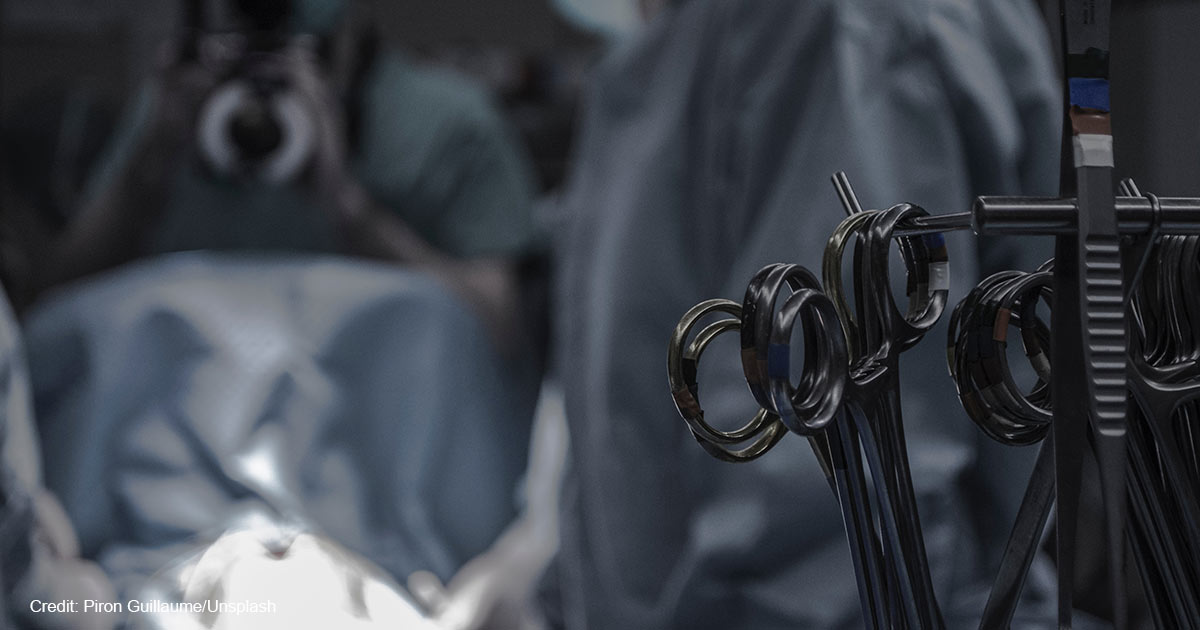 St. Joseph Medical Center in Baltimore violated Section 1557 of the Affordable Care Act (the anti-discrimination provision of Obamacare) by refusing to perform a gender transition surgery in 2020, ruled a federal judge in the District Court of Maryland on Friday.

Judge Deborah Chasanow reasoned in Hammons v. UMMS that the Catholic hospital system discriminated against a transgender-identifying woman by cancelling a surgery to remove her uterus once they learned that it was for gender dysphoria. “Defendants necessarily and intentionally relied on sex in creating and enforcing a policy that prohibits treatment if a patient’s medical need for that treatment is an incongruence between the patient’s gender identity and sex assigned at birth,” said the Clinton-appointed judge.

The opinion comes months after two circuit courts — the 8th Circuit and 5th Circuit — had ruled that Obamacare’s Section 1557 did not require Catholic hospital systems to perform gender transition procedures. However, several unusual facts could distinguish this ruling from those contrary decisions. The left-leaning 4th Circuit would hear any appeal from the District Court of Maryland.

One interesting — even amusing — circumstance is that the University of Maryland Medical System Corporation (UMMS) finds itself a reluctant defendant in the case. The public university system, which operates 11 hospitals across the state, purchased St. Joseph in 2012. A decade ago, few could have foreseen that the University of Maryland would regret operating a Catholic hospital. Now, however, the predictably woke public institution has no problem with gender transition surgeries, unlike the Catholic hospital. Yet due to the peculiar relationship, UMMS lawyers failed to persuade the judge to separate them from the case.

According to the “undisputed” facts of the case the judge recounted:

A condition of the “Asset Purchase Agreement” was that “UMMS … shall continue to operate [St. Joseph] in a manner consistent with Catholic values and principles,” including complying with a “formal reporting mechanism” to ensure St. Joseph is held accountable for its “Catholic identity.” … Specifically, UMMS agreed to ensure that St. Joseph’s board implemented the Ethical and Religious Directives for Catholic Health Services (the “ERDs”), as promulgated by the United States Conference of Catholic Bishops, in St. Joseph’s provision of health care. … UMMS also agreed that at least one seat on St. Joseph’s board would be a representative of the Archdiocese of Baltimore.

Under a separate “Catholic Identity Agreement” that UMMS and St. Joseph signed with the Archbishop of Baltimore, “every two years, St. Joseph will undergo an audit of its adherence to the” ERDs by the National Catholic Bioethics Center, the judge explained. Additionally, “St. Joseph’s policy is guided by the National Catholic Bioethics Center’s interpretation of the ERDs as prohibiting gender-affirming care because it does not ‘conform to the true good of the human person, who is a body-soul union unalterably created male or female.’”

However, the judge refused to permit St. Joseph’s argument for a religious exemption based upon the Religious Freedom Restoration Act (RFRA) because it is fully owned by a state entity. “Because St. Joseph is a state actor, it simply may not assert this defense,” she concluded. But this conclusion may indicate that the judge harbors a personal hostility toward religious freedom exemptions from enforcement of the transgender agenda.

It seems that Chasanow’s dismissal of a RFRA defense relied more upon the case’s circumstantial history (earlier in the trials, its lawyers had begged “sovereign immunity” because UMMS was a state entity) than a clear-eyed determination of the hospital’s actual legal status. She never questioned the legality of the original contracts whereby St. Joseph retained its Catholic identity, including compliance with Catholic ethical directives, regular audits by a Catholic organization, and direct board representation of the Catholic Church. If St. Joseph was indeed a “state actor,” as she claimed, this would suggest a troubling commingling of church-state relations — practically an establishment of religion. At the very least, treating the Catholic hospital as a state actor raises serious constitutional questions and deserves far more substantial analysis than which legal theory the lawyers advanced and when.

Perhaps because of this complex ownership, the case hinged upon a question that the judge never analyzed — whether gender transition surgeries are “medically necessary.” The patient’s doctor, who evidently had admitting privileges at the hospital, “determined that a hysterectomy was the proper treatment” for gender dysphoria. The hospital system clearly disagreed, in accordance with its Catholic ethical standards. In fact, the hospital argued that their prohibition of “sterilization procedures (for either sex) or procedures that result in the removal of a physically healthy organ” was a neutrally applicable — that is, non-discriminatory — policy. But the judge decided that the policy “in practice permits all patients to obtain doctor-recommended, medically necessary hysterectomies, except transgender patients seeking treatment for gender dysphoria.”

Never at any point in the 57-page opinion did the hospital’s ethical standards or medical opinion enjoy deference from the judge, or even the benefit of the doubt. The judge merely stated them as facts to prove the hospital’s discrimination. The judge never weighed the hospital’s medical opinion, reputation, or ethics against those of the transgender-identifying patient’s physician; it simply accepted this latter opinion that the removal of healthy organs was “medically necessary.” The judge’s language displayed complete acceptance of the transgender ideology throughout the opinion. This was evident from the very first sentence calling the transgender-identifying woman “a transgender man,” to the later absurd phrase, “he had a hysterectomy.”

In another odd twist, the transgender-identifying woman successfully rescheduled her gender transition surgery at another hospital in 2020, but she sued the Catholic hospital for discrimination anyway. Yet, for some unknown reason, the case was not thrown out as moot. This is exhibit number infinity to refute those who suggest religious objectors to the LGBT agenda can “live and let live.” Here, practically any hospital in Maryland would perform the gender transition surgery the transgender-identifying woman sought. In fact, she was able to schedule and obtain that surgery in a matter of months. But, because this one hospital refused on religious grounds to perform the procedure she sought, she still determined to sue.

The final distinction from contrary rulings in other circuits is that this hospital was sued by a private individual, not by the federal government. The judge relied heavily on this point in distinguishing this case from those others, particularly an 8th Circuit injunction protecting a Catholic hospital association of which St. Joseph is a member. “An injunction against government enforcement is not the same as an injunction against private lawsuits,” the judge explained. “RFRA prohibits only the ‘[g]overnment’ from ‘substantially burden[ing]’ a person’s exercise of religion.”

But even here, the judge fell back on her determination that St. Joseph classified as a state actor. “If St. Joseph is not a state actor, the court would then need to assess a very difficult question: whether St. Joseph can assert a RFRA defense in this case brought by a private individual.” Despite no direct precedent from the Supreme Court or the 4th Circuit Court, and a split among other circuit courts, the judge summarized, “the weight of circuit court authority tips in favor of a conclusion” that RFRA does not protect against private lawsuits. Again, this seems less like robust, thoughtful legal analysis and more like picking from a buffet.

Decisions like these lend credence to the argument that current legal protections for religious freedom are inadequate. Social conservatives most recently made this argument against the (Dis)Respect for Marriage Act, which paid lip-service to “pre-existing religious liberty or conscience rights,” while effectively downgrading them in comparison with LGBT demands. The same-sex marriage bill creates a private right of action against anyone who objects to same-sex marriage, while the judge in this case denies that RFRA provides people of faith any protection against a private right of action.

It remains to be seen whether this district court opinion, issued by a single judge, will pass muster throughout subsequent appeals:

This case could have highly significant consequences as it winds its way through the appeals process. Hanging in the balance is the fate of religious institutions: will they be allowed to preserve their integrity and self-governance in the face of an aggressive onslaught by transgender ideologues? Only time will tell.