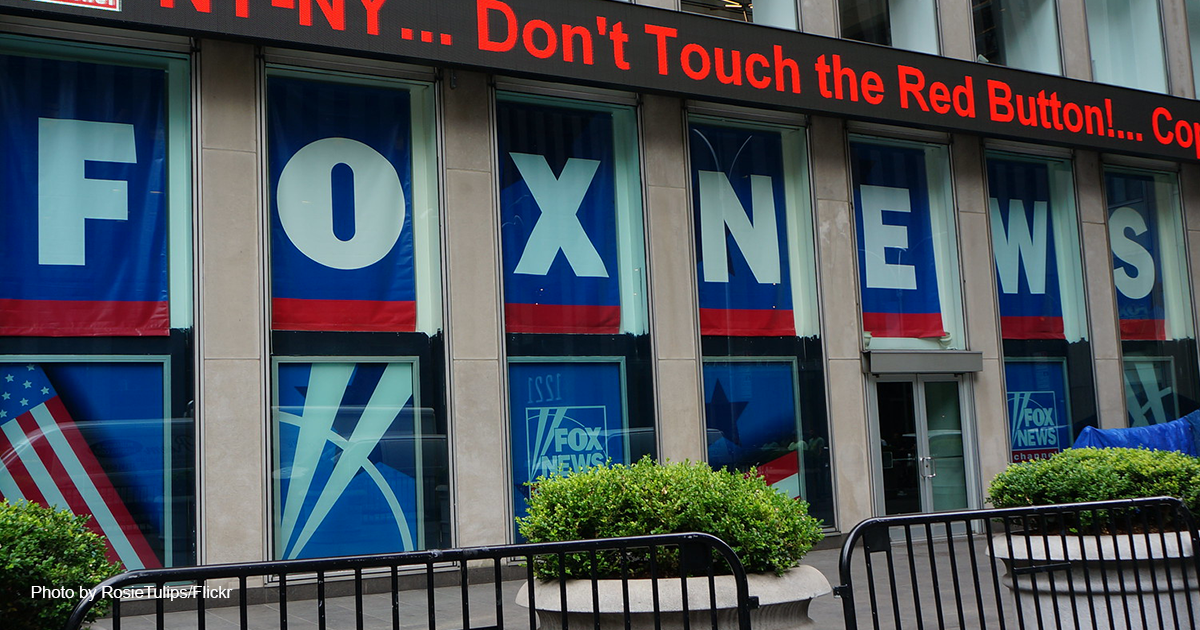 On Friday, Fox News Channel aired a story praising a family who allowed a five-year-old girl to begin transitioning to the opposite sex, claiming that the move was inspired by their “conservative faith,” and that God “created” the child transgender. The segment wrapped extreme gender ideology in heretical religious verbiage.

Fox News highlighted the story of Ryland Whittington, a girl who now identifies as a boy. “Before Ryland could even speak, [she] managed to tell [her] parents that [she] is a boy,” Fox News reporter Bryan Llenas asserted. “I could just see it,” claimed Ryland’s mother, Hillary, whose ability to parlay Ryland’s status into a book and numerous glowing TV appearances will do little to dispel the belief that toddlers’ gender dysphoria may reflect Munchausen syndrome by proxy.

The report noted that the family supported Ryland’s transition to a boy at age five and strongly implied that children whose parents “push back” against their gender identity will commit suicide. In reality, multiple studies show that 80 to 95% of children with gender dysphoria accept their birth sex by age 18. “The good news is: They’re going to grow out of it. Don’t mess them up,” said John Whitehall, professor of pediatrics at Australia’s Western Sydney University.

Yet Fox News extolled the Whittingtons. “What extraordinary courage displayed by Ryland” and family, gushed Llenas, especially “at a time when transgender issues have been politicized.”

“People are afraid of what they do not understand, Dana,” Llenas asserted to Dana Perino, who offered no rebuttal.

The segment, which was produced by Melissa Chrise, aired Friday morning on “America’s Newsroom” as part of a Fox News Channel series titled “America Together: LGBTQ+ Pride Month,” indicating several similar stories will follow over the next 20 days. Fellow Fox News reporter Alicia Acuna praised the “excellent piece” while using the hashtag #Pride2022.

The segment’s most offensive aspect came not from its embrace of infants choosing their own sex, nor from Llenas’s condescending remarks. It occurred when Fox News told its viewers that the decision to transition a preschool-aged child stemmed from his mother’s “conservative faith” in God. Hillary said, “For me, it’s just a deep spiritual belief that we believe in God, and He created us the way He wanted us. Well, then yes, He created Ryland just the way [she] is.” There are numerous reasons why this is false.

Affirming that God “created us the way He wanted us” would not necessitate years of hormone treatments, the removal or artificial creation of breasts, eventual sterilization, and the complete surgical reconstruction of the reproductive anatomy. On the contrary, it is precisely the decision to insist on a man-made identity, a “modern notion of self,” which rejects God’s sovereignty as expressed in His created order. The mystic writer (and not-at-all conservative) Thomas Merton accurately explained the dichotomy between our self-identity and the person God created us to be:

Every one of us is shadowed by an illusory person: a false self.

This is the man I want myself to be but who cannot exist, because God does not know anything about him. And to be unknown of God is altogether too much privacy.

My false and private self is the one who wants to exist outside the reach of God’s will and God’s love — outside of reality and outside of life. And such a self cannot help but be an illusion. …

All sin starts from the assumption that my false self, the self that exists only in my own egocentric desires, is the fundamental reality of life to which everything else in the universe is ordered.

The largest (and often, most conservative) branches of the Christian faith have rendered these poetical insights into dogmatic language. The official catechism of world’s largest church, the Roman Catholic Church, teaches that “everyone, man and woman, should acknowledge and accept his sexual identity,” including “the complementarity, needs, and mutual support between the sexes.” Furthermore, “directly intended amputations, mutilations, and sterilizations performed on innocent persons are against the moral law.” The Vatican expounded on this in a document with the surprisingly unsubtle title, “Male and Female He Created Them.”

The nation’s largest Protestant denomination, the conservative Southern Baptist Convention, passed a resolution in 2014 to “affirm God’s good design that gender identity is determined by biological sex and not by one’s self-perception—a perception which is often influenced by fallen human nature in ways contrary to God’s design (Ephesians 4:17–18).” The measure stated, “[W]e oppose efforts to alter one’s bodily identity (e.g., cross-sex hormone therapy, gender reassignment surgery) to refashion it to conform with one’s perceived gender identity, together with “all cultural efforts to validate claims to transgender identity.”

Fox News thrived — and still thrives — in the ratings, because it offered something different than the rest of the media: reporting that respects its viewers’ values. The last thing the ever-expanding media landscape needs is yet another sycophantic network presenting the transgender lobby’s talking points as undisputed fact — much less one that does so in the name of Almighty God. Fox News’s decision to whitewash toddlers’ transgender transitions highlights the need for media outlets that uncompromisingly respect the Christian worldview 12 months out of the year — outlets like The Washington Stand. Moreover, Fox’s heretical apologia for gender reassignment treatments proves that we need more Christians who accurately understand and articulate the Christian view of God’s creation in all its beauty, diversity, and symmetrical complementarity. The mental and physical health of vulnerable little children such as Ryland depends on it.