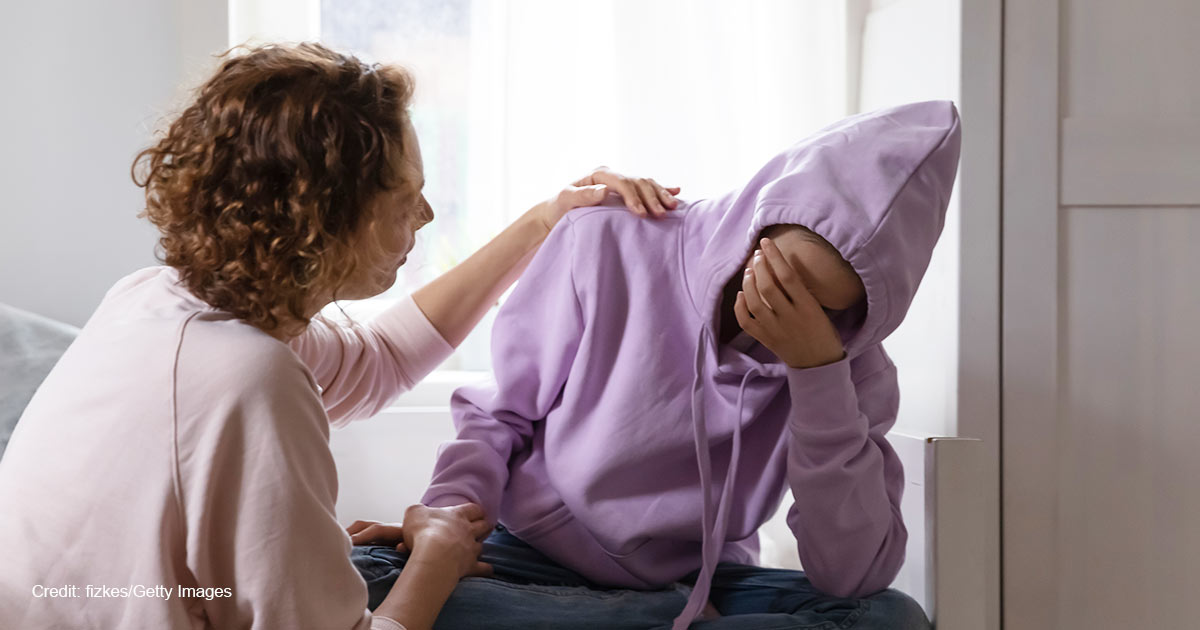 Could transgender activists be any more aggressive? Unfortunately, the answer is yes. A Virginia state delegate plans to introduce a bill next session that would make it a crime for parents to affirm their child’s biological sex, if the child disagrees.

Delegate Elizabeth Guzmán (D) plans to reclassify a parent’s non-affirmation of their child’s gender confusion as child abuse or neglect. If children complained about their parents to mandatory reporters, like teachers and school counselors, they would be obligated to report the matter to Child Protective Services (CPS). Those pushing the gender identity ideology in schools already work to conceal students’ gender identity issues from parents, so parents could be reported for child abuse before they are even aware that their child is struggling with his or her identity.

These reports could result in investigations from both social workers and the police, Guzmán explained. “It could be a felony, it could be a misdemeanor, but we know that CPS charge could harm your employment, could harm their education, because nowadays many people do a CPS database search before offering employment.” The bill could not only take kids away from their parents, but it could also ruin the parent’s career.

The move comes in direct response to Virginia Governor Glenn Youngkin (R), who pledged to “empower [parents] in the education of your children.” Last month, the Youngkin administration released model guidelines undoing much of the gender transition insanity passed during the previous administration, and returning to parents their rightful control. In response, trans activists organized an overpublicized student walkout; national media flocked to the state to report on the actions of 0.08% of Virginia students, most of whom “just wanted to skip class.” Guzmán said, “The day that Gov. Youngkin wanted to implement this policy, I immediately texted the policy lead of that committee and said, ‘This is how we’re going to push back.’”

The irony is, most offenses that classify as child abuse or neglect result from parents harming their child (often permanently) or allowing the child to permanently harm himself. For instance, a mother in New York was arrested last week for allowing her 10-year-old son to get a tattoo. Allowing a child to play with sharp knives or exposing a child to dangerous drugs and chemicals would also jeopardize a parent’s rights.

Empowering children struggling with their gender identity to override their parents’ wise and loving guidance should be no different. Children cannot properly weigh the risks of permanent chemical or surgical alterations to their body. They lack the perspective to see that, if they can just hang on through high school, their body will normalize. Gender activists do children no services by prescribing puberty blockers after a 15-minute appointment, or otherwise pushing a child down the road toward unalterable mutilation without exploring other options. In Texas, gender transition procedures count as child abuse (although a judge has blocked enforcement). The bill Guzmán proposes would do the exact opposite, not only allowing parents to prod their children into permanently damaging their bodies, but even punishing parents who refuse to do so.

Even more shocking is the way Guzmán rationalizes the bill. Her bill would not criminalize parents, she insisted. “It’s educating parents because the law tells you the do’s and don’ts.” (At least she recognizes that the law is a teacher.) But it would also criminalize parents. It’s entirely possible for a law to do both. I’m sure she would not agree that marijuana laws don’t criminalize pot users because they also educate people about the harms of marijuana.

Guzmán also denied that the bill would infringe upon the free speech or religious freedom of parents who object to affirming a gender identity that conflicts with their child’s biological sex (the reporter who asked the question used Muslims and Catholics as examples). “The Bible says to accept everyone for who they are,” Guzmán explained. “We all have a commitment to God. And for those believers out there, we know that there’s life after life, and there is going to be a conversation between that person and God and that’s what we’re after — to go by what the Bible says. It is not my job to judge anyone. It is my job to help people.”

Where to begin? 1) Her biblical argument is clearly based upon Matthew 7:1, “Judge not, that you be not judged.” It includes a recognition that after death God will “repay each person according to what he has done” (Matthew 16:27). Then from there she leaps a logical chasm to say we should accept everyone as they are. That’s called a non sequitur.

2) Furthermore, Guzmán doesn’t even abide by her own conclusion. If she really believed her argument, then she should accept parents who oppose gender transitions on minors “for who they are” and not insist on “educating” them with threats of felony charges.

3) Even if her argument was crisply argued and consistently applied, that wouldn’t make it an antidote for religious freedom fouls. The whole point of religious freedom is that the government can’t tell you what to believe or how that should impact your life. As a direct corollary, the government can’t define the beliefs of your religion for you. A government official cannot define for you what, for instance, the Bible says. Nor, in the case of Muslim parents, for example, are Guzmán’s convictions about the Bible in any way relevant. Guzmán’s explanation of her own religious justification of her position on gender transition for minors is entirely irrelevant to the government’s obligations to respect the religious beliefs of those who disagree with her.

4) However, Guzmán is incorrect when she claims that “the Bible says to accept everyone for who they are.” Nowhere in the pages of Scripture will you find those words. Instead, the consistent message of Scripture is that we are wretched sinners, rebels against a holy and righteous God, justly deserving of his wrath, and helpless to justify ourselves before him or even to do good; by nature, we are unacceptable. That’s why we need a Savior. Jesus Christ saves based on his own merit, not ours. But Jesus does not “accept everyone for who they are.” He saves only those who believe in him. He demands repentance and obedience and sends his Spirit to sanctify those who trust in him. Even keeping within Matthew’s gospel, Jesus preached, “repent, for the kingdom of heaven is at hand” (Matthew 4:17) and then denounced cities that did not repent (Matthew 11:20). Even in Matthew 7, Jesus is not arguing for unconditional acceptance of sin. Rather, he urges his hearers to prioritize dealing with their own sins before those of others. “You hypocrite, first take the log out of your own eye, and then you will see clearly to take the speck out of your brother’s eye” (Matthew 7:5).

5) Finally, Guzmán correctly notes that everyone will stand before God after death. Her point, albeit tepidly made, is that everyone is responsible to God for their deeds. This is true. But the stakes are much higher than she lets on, and that should motivate us in a completely different direction from her application. Jesus says that the wicked “will go away into eternal punishment, but the righteous into eternal life” (Matthew 25:46). If that’s true, then the most loving thing we can do for a sinner — the way we can most “help people,” to use her phrase — is to show him his error and call him to repentance. That applies to parents and their children, too.

Parents have a God-given duty to raise their children. They should provide for their physical well-being, yes. But their spiritual well-being is far more important. If their children are swept up into the gender transition craze that will permanently scar a generation, parents should — must — do everything in their power to save their beloved child from these consuming lies. For that, a Virginia state delegate believes parents should be punished — nay, branded as criminals.