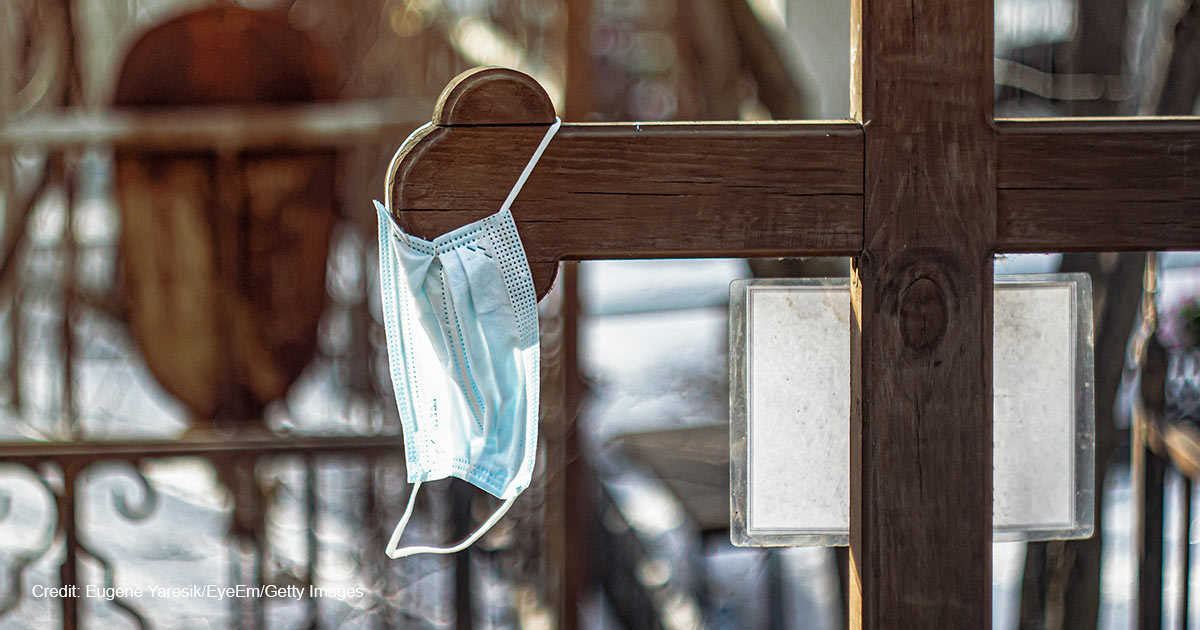 Mass lockdowns, the West’s preferred response to COVID-19, cost millions of years of lost lives and “harmed nearly every single poor person on the face of the Earth,” concluded a leading scientist.

Public health authorities in the West, led by Dr. Anthony Fauci, encouraged a series of now-abandoned practices — including social distancing, wearing cloth masks, and avoiding human contact to the greatest extent possible — to combat the spread of the coronavirus. “Elective” doctor visits, public schooling, and all “non-essential” economic activity ground to a halt in the frustrated goal of achieving zero COVID transmission. Data trickling in from disparate parts of the culture reveal how this blunt force regimen did an untold amount of harm.

“The lockdowns harmed nearly every single poor person on the face of the Earth, and it did it in a myriad of ways,” Fauci’s bête noire, Dr. Jay Bhattacharya, told “Washington Watch” guest host Joseph Backholm on Tuesday.

In March 2021, the U.N. estimated that that 239,000 mothers and children had “died from starvation” and lack of immunization from other diseases in just six Asian countries because of the “dislocation caused by the lockdown.” “The estimate is that 80 million people worldwide have suffered from hunger and starvation as a consequence of the economic dislocation,” said Bhattacharya, one of the authors of the Great Barrington Declaration and a professor of medicine at Stanford University.

Global GDP contracted by $2.7 trillion in 2020, according to the World Bank. He noted that, due to the “­globalized economy” in “an interconnected world,” deliberate economic lockdowns in wealthy countries shut down the economies of poor countries. “Many millions of people lost their jobs, lost their ability to take care of their families, and many people have died as a consequence.”

The public shift to treating COVID-19 as exclusively as possible, and putting off health care visits, caused an additional 113,962 deaths of mothers and young children in just 18 developing countries through June 2021, according to a study published on Tuesday. The shifting lockdown health care standards killed 110,686 children under the age of five and increased maternal mortality by claiming the lives of 3,276 mothers.

“For the poor of the world, and poor countries of the world, the lockdown has been a devastating mistake. It has destroyed the lives of hundreds of millions of poor people,” stated Bhattacharya. The World Health Organization’s (WHO) recommendation that developing countries follow Western lockdowns “still shocks me.” It likely derives from the fact that WHO “does not understand the living circumstances of the vast majority of the world’s poor, making recommendations that were guaranteed to harm them — when in fact COVID, for the vast majority of them, was very low on the list of threats they faced.”

Yet the effects, and death toll, were not confined to developing countries. Maternal mortality in the U.S. increased by 20% in 2020, as well.

“Many women are going to come in with late-stage breast cancer that should have been picked up during 2020, when we told people to stay home instead of getting standard medical care,” Bhattacharya told Backholm.

This is especially true in the U.K., where the nationalized medical system’s rationing already created historic numbers of people waiting for treatment before the pandemic. Today, only 60% of cancer patients in the National Health Service begin treatment within two months of an urgent referral. The number of people now awaiting medical treatment reached a record-breaking 6.73 million people in June, a 68% increase over pre-pandemic levels. But if the estimated 10 million people who deferred health care during the pandemic come forward, the NHS announced, the waiting list will swell to 14 million.

The lockdowns afflicted the comfortable in numerous other ways. According to CDC data, 106,443 Americans died from overdoses in the 12 months ending in February 2022, up from 74,679 in the same period before March 2020, after the number had essentially remained flat since August 2017. Teenage girls’ attempted suicides increased by 51% during the pandemic. (The CDC claimed last year that “Suicide in the U.S. Declined During the Pandemic.”) Child abuse tripled in the first part of the oft-extended “15 days to slow the spread,” March-September 2020, compared to the previous year, according to a study released last fall. Domestic violence spiked anywhere from 25% and 33% globally early in the pandemic, according to a study from The American Journal of Emergency Medicine.

All in all, the lockdowns cost untold millions of years of life lost. In May 2020, a team led by former White House Coronavirus Task Force member Dr. Scott Atlas, wrote, “We conservatively estimate that the national lockdown is responsible” even then “for at least 700,000 lost years of life every month, or about 1.5 million so far — already far surpassing the COVID-19 total.”

The damage is so profound, Bhattacharya analyzed, “I do not know how it’s possible to repair all of it.”

“We can pull our hair out over this … and resolve never to do it again,” Bhattacharya concluded, “but more constructively, how do we repair some of the damage? Not all of it can be repaired, but at least some of it can and we should work to do so.”

“We don’t need to reorganize our societies around” the coronavirus. “We should treat it just like we treat other infectious diseases.”