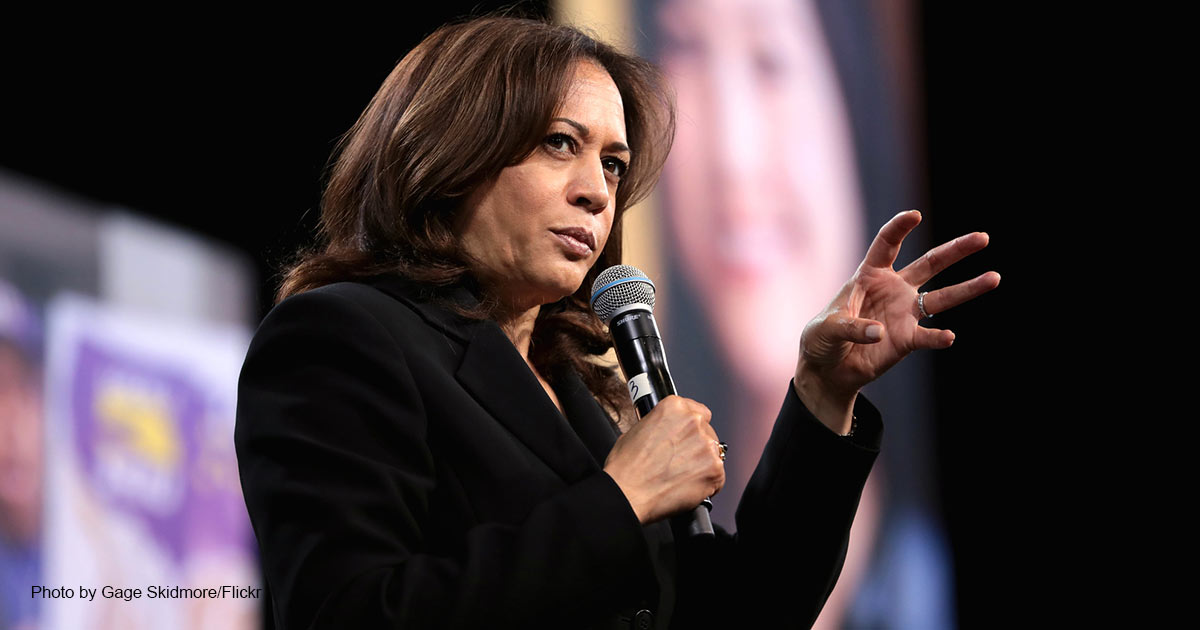 Kamala Harris is ‘The Epitome of Extreme’: Republican Congressman

Vice President Kamala Harris was “gaslighting” the American people when she likened those who question the integrity of the 2020 election to the perpetrators of the worst terrorist attack in U.S. history, lobbing a “gross insult” at those who perished on 9/11 and presenting “the picture of extreme” thinking, a Republican congressman has said. The actions of the Democratic Party — including those of Harris — could not survive the judgment she has passed on Republicans, he said.

“She has this habit of sort of doing what you did in ninth grade when you hadn’t prepared for your homework,” said Rep. Dan Bishop (R-N.C.) on “Washington Watch with Tony Perkins” Monday. “She always adopts this tone of great gravity and seriousness, and then says the most absurd things.”

On Sunday’s “Meet the Press” which aired on the 21st anniversary of the September 11 terrorist attacks, Chuck Todd asked Harris to explain why “our focus has had to shift from foreign terror to the threat from within,” embedding the Democratic Party’s talking points into his question. Harris replied that it is “very dangerous” that some state candidates question the unprecedented changes to the voting process that took place in 2020. She also criticized an unnamed group of “people who hold some of the highest elected office in our country who refuse to condemn an insurrection on January 6.”

“She’s gaslighting,” replied Bishop, noting that every prominent Republican official has condemned the one-day riot. “If it weren’t bad enough to tell a flat-out lie, she then makes an equivalence to 9/11,” which poses “a gross insult to those first responders who gave their lives on that horrible day and to half of the country, to essentially equate them with the terrorists who attacked and tore down the World Trade Center.”

Her argument was further undermined by the fact that Democrats have spent $53 million to boost longshot Republicans — some of whom say the election was “stolen” — in nine states’ GOP primaries. Todd, the show’s imperiled host, asked why Democrats are funding the campaigns of “election-deniers” if those candidates pose such a dire threat to the nation. Harris parried, “I’m not going to tell people how to run their campaign.”

“It’s just simply astonishing,” said Bishop. “Is this the person the Democrats are going to run in 2024?”

She again dodged when Todd asked Harris to define the term “semi-fascist,” the epitaph the president used to describe Republicans; Harris replied merely that the behavior of some Republicans was “not helpful to our country.” Family Research Council President Tony Perkins accused the Left of unleashing “loaded terms, which are clearly designed to be like verbal grenades: ‘Christian nationalist,’ ‘MAGA Republicans,’ and even ‘fascist.’ But can they define those terms?”

“I think she’s not their greatest salesman,” responded Bishop. “Kamala making the explanations is an absolute disaster.”

When Todd asked if “the government should put any limit on abortion,” Harris could not name a single case when she thought the law should protect life. Instead, she said President Joe Biden “will not let the filibuster get in the way if the Senate, through a majority vote, votes to pass the Women’s Health Protection Act,” which would go well beyond the conditions of Roe v. Wade.

“Unless abortion is permitted until the moment of birth, they’re prepared to end the filibuster in the Senate,” Bishop summarized. “If the baby is inches inside the birth canal, you can still abort, according to them — no restriction.”

Harris instead pointed the finger at the conservative majority on the Supreme Court, which experts called the most constitutionally based court in 87 years. “I think this is an activist court,” Harris declaimed.

She tipped her hand about the kind of Supreme Court justices she might appoint, saying she has been “inspired” by judicial activists such as “Thurgood Marshall [and] the work on that court of Earl Warren.” At the bicentennial of the U.S. Constitution, Thurgood Marshall, a pillar of the activist Warren Court, criticized those who believe in “outdated notions of ‘liberty.’” He talked Justice Harry Blackmun into limiting voters’ ability to regulate abortion in the Roe v. Wade decision. He later justified Affirmative Action by saying, “You guys have been practicing discrimination for years. Now it’s our turn.”

Harris finds the Warren Court inspiring, because the Democratic Party wants “to turn the Supreme Court into a partisan playground, and they’ve talked about expanding the court,” said Bishop. “They accuse Republicans of what they are doing.”

Bishop also found little merit in the vice president’s insistence that “the border is secure,” and that Biden is merely “trying to fix” the “deterioration that happened over the last four years.” An estimated 4.9 million illegal immigrants have entered the United States during the Biden-Harris administration, setting a record for the largest number of illegal border crossings in U.S. history. In the first years of President Donald Trump’s term, illegal border crossings plummeted to a 46-year low.

Harris insisted the answer to the uncontrolled southern border is for Congress to “pass a bill to create a pathway to citizenship” for up to 22 million illegal immigrants living in the United States. Todd noted that, since the deal would attract “lower wage labor” and lower the earnings of the average American worker, another mass amnesty for illegal immigrants “could actually have an impact on lowering inflation.”

Bishop agrees that the border “is a crisis,” but “it is one of the Biden administration’s making.” Biden largely curtailed deportation, rescinded President Trump’s Remain in Mexico protocols, and took away the ability of Border Patrol agents to repulse illegal border crossings by using Title 42.

“I was on the border twice, once before former President Trump got his policy in place,” said Perkins. “The second time I went, it was like a ghost town, because his policy was working.”