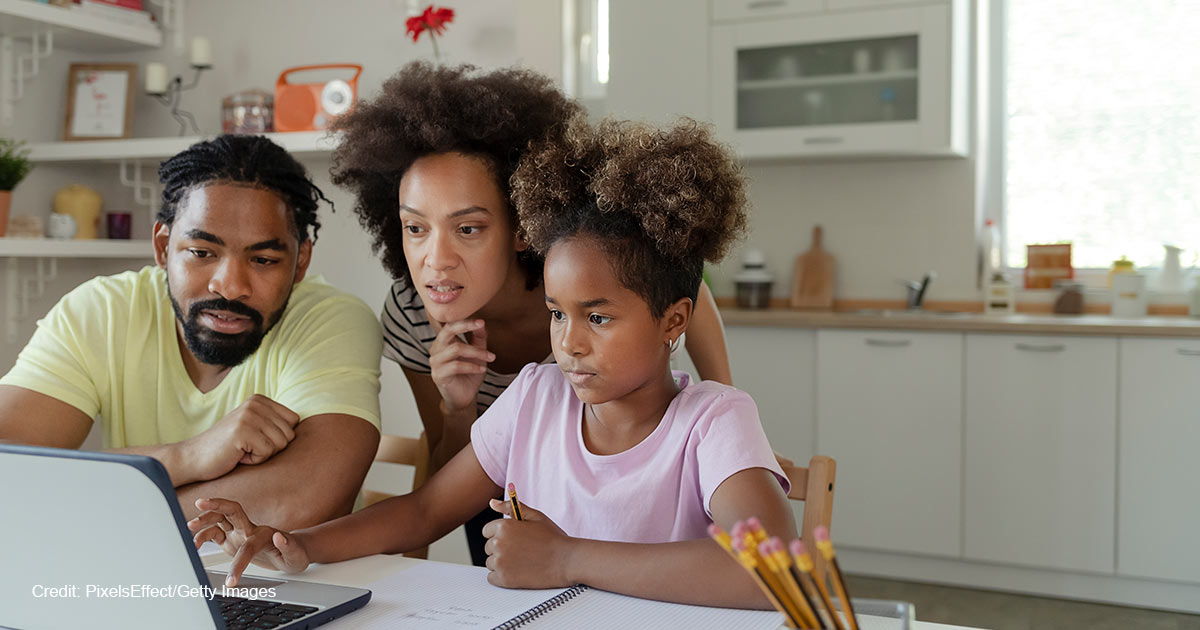 As students continue to struggle with learning loss brought on by school lockdowns, a public teachers union has taken out a new ad branding concerned parents “extremists” and instructing them to take their complaints “somewhere else.”

“We don’t agree on everything in New Jersey, but we all agree that our kids deserve a world class education,” says the ad from the New Jersey Education Association, the state affiliate of the nation’s largest teachers union, the NEA. “So, when extremists start attacking our schools — that’s not who we are. People who only want to fight to score political points should take that somewhere else.”

“It’s the iron law of woke projection: The teachers unions are the arsonists, now pretending to be the firefighters,” Tiffany Justice, of Moms for Liberty, told “Washington Watch” guest host Joseph Backholm on Wednesday. “I think the National Education Association is really the National Extremist Association.” At its 2022 Annual Meeting this summer, the union adopted a resolution stating the “NEA will publicly stand in defense of abortion,” and NEA President Becky Pringle defiantly vowed that teachers will continue to discuss radical sexuality, transgender issues, and extreme gender theory in the classroom.

“The unions would like to talk about anything other than how our kids are actually doing in school. Are they learning to read? And the answer is no,” said Justice, who co-founded her parental rights advocacy group with another former school board member, Tina Descovich. “The educational failure that we currently see in America falls squarely on the shoulders of the union.”

Some politically motivated teachers have admitted their own culpability in the nation’s plunging academic proficiency. For instance, Kareem Weaver told Time magazine that he and his fellow public school teachers in Oakland, California, fought “tooth and nail” for seven years to get rid of a phonics-based reading curriculum — a reading method which has been well-attested by numerous studies for more than half a century. “Those who wanted to fight for social justice, they figured that [a] new progressive way of teaching reading was the way,” Weaver said. He was far from alone. Nationally, an estimated 57% of K-2 teachers currently use a curriculum based in non-phonics reading methods, such as using “context clues” to decipher words.

But the policy proved destructive. Only one-third of eighth grade students tested proficient in math and reading, according to National Assessment of Educational Progress (NAEP) scores — exactly 34% in each category. NAEP reading scores slid in 2019, even before the pandemic led to “devastating” learning loss. Now Weaver and the local chapter of the NAACP have petitioned his school district to reinstate phonics. “There have been choices made where our children were not in the center. We abandoned what worked because we didn’t like how it felt to us as adults, when actually, the social-justice thing to do is to teach them explicitly how to read,” Weaver confessed. Thanks in large part to outraged parents demanding schools shrink their mandate back to education — and intellectually honest teachers like Weaver — 18 states and New York City have passed laws mandating phonics-based education in the last two years.

Parents “are concerned that instead of giving children being taught practical skills, how to read, how to write … they’re being turned into little social justice warriors,” Justice said.” Too many schools “want to co-parent with us. In fact, they want to parent.” Backholm noted that many self-professed teacher-activists arrive in the classroom “well catechized into a social justice worldview. And then they’re being dispatched as missionaries for wokeness, for progressivism into the schools.”

Yet this criticism does not come merely from conservative or Christian parents. “Public schools often have a set of values that they want to instill,” admitted Maine’s chief deputy attorney general, Christopher Taub, during oral arguments before the Supreme Court last year. And many public school districts have doubled down by spending federal COVID-19 relief on extreme left-wing political advocacy, such as critical race theory.

“In North Dakota, some education stimulus funds were spent on an ‘equity audit,’” reported the Washington Examiner. “Schools in California spent $1.5 billion on teacher training that included ‘implicit bias training.’” Other districts merely spent the tranches of revenue frivolously. Texas’s McAllen Independent School District spent $1.75 million in COVID-19 funds for an e-sports video-game center and $7.7 million on traditional athletics, including new turf fields. Still others have followed the prodding of teachers unions by hiring more staff and administrators, hirings that will likely yield to layoffs when the federal funding runs dry.

As the curriculum focuses on teaching intersectionality, gender theory, and Common Core principles encoded in an all-important standardized test, the Great Resignation has caught up with the most liberal school districts. America’s largest school districts, which tend to cluster on the Left, “saw a higher rate of resignations, reporting a median of 13.5 percent in 2022 over the 9.5 percent in 2019. Urban districts also saw higher resignation rates with a median of 10 percent compared to 8.5 percent in 2019,” according to Education Week.

The purported teacher shortage puts the nation’s schools “at the doorstep of a crisis,” asserted Biden’s Secretary of Education, Miguel Cardona, Tuesday on CNN. He placed the blame on the alleged lack of “a competitive salary. Teachers make 20% less than college graduates in other professions.” After noting a first-year teacher in Montana makes $32,000, Cardona asked dismissively, “What are you going to do with that?” He left out the fact that teachers often enjoy a superior benefits package, as well as the unique, fully paid summer vacation.

Solving all these crises begins by electing school board members who are more responsive to teachers than to their union representatives, Justice said. “The school board is the start to righting the ship as far as American public education is concerned. And we very much want to reclaim public education,” Justice said. “I don’t think that the unions represent the teachers anymore. We have teachers that are joining us every day.”

Justice said she and her outspoken group of moms will remain steadfast in their advocacy for parents and children, regardless of whether the NEA and AFT like it. “We are joyful warriors. We will fight like heck with a smile on our faces, because it’s a privilege to fight for this country.”