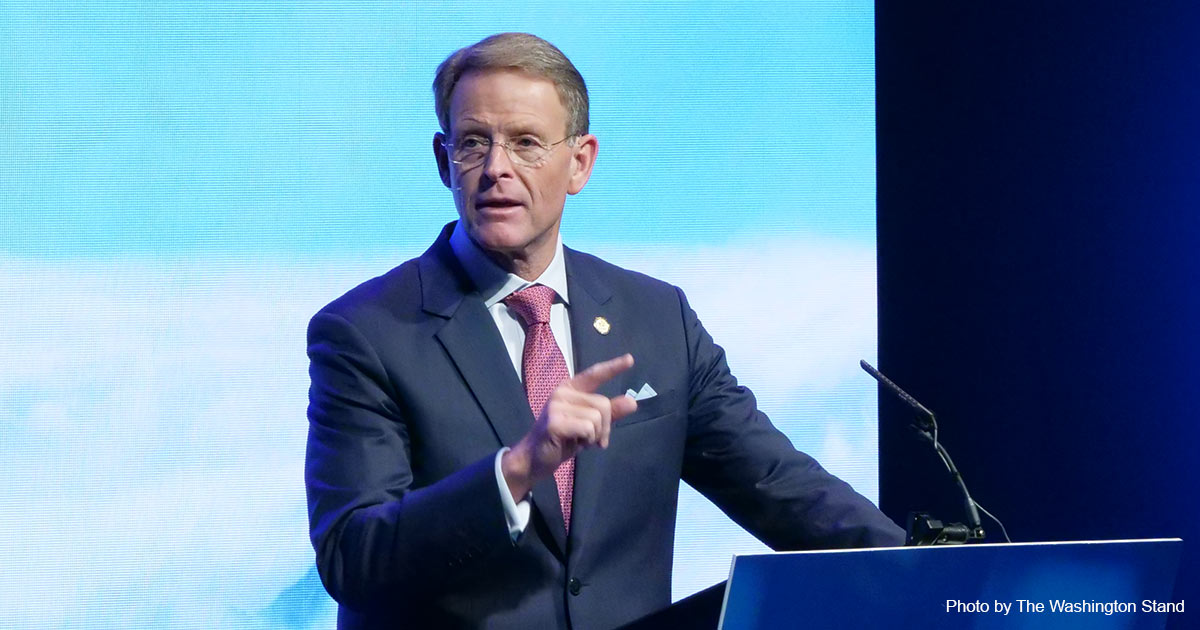 Republican National Council Chairwoman Ronna McDaniel has named Family Research Council President Tony Perkins to a selective, newly formed panel that will chart the future course of the Republican Party. Conservative leaders say Perkins’s appointment demonstrates his role as “a true leader and lamplighter in the conservative movement” — and the GOP’s understanding that pro-life, pro-family voters will make up a critical mass of its voters for many election cycles to come.

McDaniel announced this week that she named Perkins to the Republican Party Advisory Council. “As we assess the midterms and plan for 2024, we are gathering a diverse range of respected leaders in our movement to join together and help chart a winning course in the years to come,” said McDaniel on Tuesday.

“Americans of faith are the heartbeat of the Republican vote,” said Perkins, who served two terms in the Louisiana state legislature before becoming the longest-serving Family Research Council president, and who just completed two terms on the U.S. Commission on International Religious Freedom (USCIRF). “I have witnessed firsthand how Chairwoman McDaniel understands this, and I am thrilled to continue to work with her to advance these core values.”

The leadership role rewards years of heartfelt advocacy for the GOP to maintain the positions on life and family values that led the Republicans to win seven out of 10 presidential elections between 1968 and 2008. “Tony and I have been engaged for well over two decades in making sure the Republican platform paints in bold colors, not pastels,” Ken Blackwell, senior fellow for Human Rights and Constitutional Governance at Family Research Council, told The Washington Stand. “The fact that the chairwoman has tapped Tony to move beyond the platform working group, that he and I work on, is a testament to Tony being regarded as a true leader and lamplighter in the conservative movement. He is going to be a beacon of light and a truth-teller.”

McDaniel selected a highly diverse group of mostly young conservative leaders for the panel. They will build on the party’s strengths while increasing its gains with minorities — especially Hispanic men, as well as black and Asian voters — during the 2020 and 2022 elections.

“School choice, family values, the pro-life ethic” make natural appeals to black and Hispanic voters, Blackwell told TWS. “But this assault on masculinity has gained the attention of Hispanic and black males, and folks in general. For me it was a hill to die on, when I ran for party chairman in 2008, that the family is the incubator of liberty. God has blessed me with the ability to crisscross this globe and observe totalitarian and big welfare state governments, and one of the things they have in common is to crush the family, because they want to build dependency on the elite-controlled government apparatus.”

“The chairman recognizes that” spiritually active governance engaged conservatives, or “SAGE Cons, provide a winning margin in elections,” Blackwell told TWS. Exit polls show evangelicals overwhelmingly supported Republicans in 2016, 2020, and 2022. “I give a hat tip to the chairwoman in choosing Tony, and John James and others, who, in fact, understand that,” he said.

At the same time, McDaniel commissioned a report on the successes and failures of the GOP during the 2022 midterms. Conservative leaders feel confident this review will keep the party pro-life and pro-family — unlike previous GOP post-election guidebooks. After Mitt Romney’s 2012 presidential loss, then-RNC Chair Reince Priebus commissioned the Growth & Opportunity Project — immediately christened the GOP “autopsy report” — which suggested jettisoning the party’s long-held conservative stance on social issues.

Republicans must show people who identify as LGBT that “we care about them, too. … But it is not just tone that counts. Policy always matters,” the 2013 document read. “When it comes to social issues, the [p]arty must in fact and deed be inclusive and welcoming.”

Disregarding “that nonsense coming out of 2012 is why we won in 2016,” Blackwell told TWS. “I don’t worry that we will see any of the foolishness coming out of this committee.”

The current report will be led by Henry Barbour, the son of former moderate RNC Chair Haley Barbour; the younger Barbour had a hand in the 2013 report. Conservatives were encouraged by the co-leadership of constitutional attorney Harmeet Dhillon, who has focused on concrete proposals to increase the GOP vote tally. “We are not doing what the Democrats do, which is making sure that we hunt down every Republican ballot and get it to the polls,” Dhillon told Fox News host Laura Ingraham this week. “The GOP’s 2022 ‘autopsy’ won’t pull it out of its right-wing media bubble,” groused the far-left group Media Matters, which disparaged Perkins and Peter Thiel in the same sentence.

Many of the GOP’s failures in recent elections came from politicians, including some Republicans, “who have created voting laws that have undercut faith in the voting system, as well as attacking and blaming actual Republican candidates who are pro-life, pro-gun, pro-economic freedom, and pro-family,” Alex Johnson, president of the National Federation of Republican Assemblies, told The Washington Stand. The NFRA has also spent decades trying to assure the Republican Party platform reflects conservative values.

While many Republican consultants blamed the overturning of Roe v. Wade for the lack of a red wave in November, “too many candidates were scared to speak about this important issue and allowed themselves to be defined by their opponents as extremist. In truth, the Left are the pro-abortion radicals who will accept no limits on the procedure for any reason and are therefore out-of-step with Main Street Americans,” Ullman told TWS. “The conservative movement within the Republican Party needs to make sure primary winners are capable of speaking clearly, confidently, and with conviction on the issues most important to American families.”

Based on the make-up of the ­­Republican Party Advisory Council, Blackwell feels confident McDaniel and the GOP understand the pivotal role evangelicals play in the party. “I think not only the FRC community but the nation should be fully appreciative of the fact that she is putting together folks who will not just give her soft-shoe but the hard truth,” Blackwell noted.