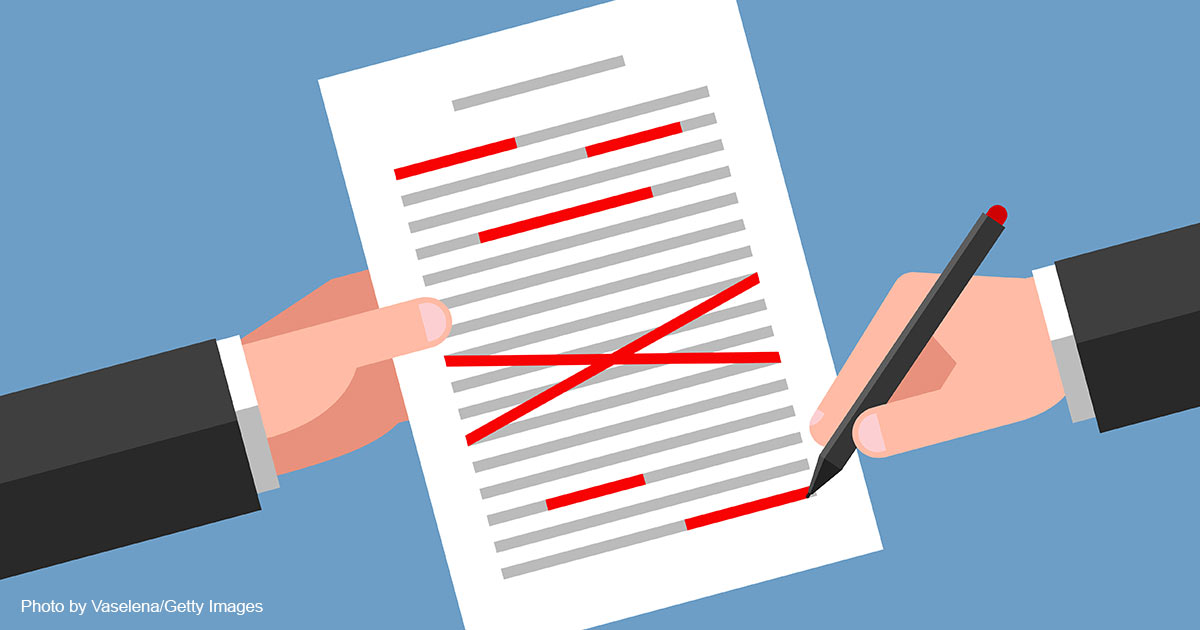 One of the most famous illustrations in all of literature comes from “The Adventure of Silver Blaze,” when Sherlock Holmes notes “the curious incident of the dog in the night-time”: the dog that did not bark. The canine’s silence revealed the watchdog’s familiarity and comfort with the criminal. “Obviously the midnight visitor was someone whom the dog knew well,” remarks Holmes.

Voters can glean the inner disposition of our lawmakers, learning which issues they consider vital and which never enter their minds, through a similar device: the “errors,” omissions, and oversights politicians make when drafting legislation. Allegedly inadvertent “oversights” and “drafting errors” by Democratic lawmakers over the last year alone would have decriminalized infanticide, legalized polygamy, and suppressed sacred religious liberty rights enshrined in the First Amendment.

Lest I be accused of overstatement, let’s look at the record:

En route to becoming an “abortion sanctuary,” California lawmakers passed Assembly Bill 2223, introduced by Assemblywoman Buffy Wicks. The original draft forbade law enforcement from prosecuting or investigating any mother for the death of her child through “miscarriage, stillbirth, or abortion, or perinatal death.” Pro-life legal scholars noted that California state law extends the term “perinatal death” up to 30 or “60 days following delivery,” essentially decriminalizing infanticide. Wicks retorted that her law could never be construed to support child murder, because “one of the tools judges would use in that case is legislative intent.” (Then again, if judges valued original intent, Roe v. Wade would never have been written.) Wicks called pro-life concerns “absurd and disingenuous” … but then the Assembly’s overwhelmingly Democratic Judiciary Committee released its official analysis, which put the matter as gently as possible:

[T]he “perinatal death” language could lead to an unintended and undesirable conclusion. As currently in print, it may not be sufficiently clear that “perinatal death” is intended to be the consequence of a pregnancy complication. Thus, the bill could be interpreted to immunize a pregnant person from all criminal penalties for all pregnancy outcomes, including the death of a newborn for any reason during the “perinatal” period after birth, including a cause of death which is not attributable to pregnancy complications, which clearly is not the author’s intent.

That is, pro-life critics were right all along: The language of her bill would legalize the murder of newborns. Wicks amended the “perinatal death due to a pregnancy-related cause.” Despite this change, the law “still prevents law enforcement from investigating ‘perinatal death,’ and the amendments Ms. Wicks” added proved “woefully inadequate,” Jonathan Keller, president of California Family Council, told me at the time.

Nonetheless, Governor Gavin Newsom (D), an undeclared 2024 presidential hopeful, signed the amended bill into law alongside a pack of 12 other abortion-promoting bills. These bills underscore the need for the Born-Alive Abortion Survivors Protection Act, which passed the House of Representatives on January 11: national lawmakers must correct the “oversights” of far-left state legislators. Unfortunately, they must also correct their own.

After then-Speaker Nancy Pelosi (D-Calif.) hustled the drastically misnamed Respect for Marriage Act (RFMA) through the House of Representatives in one day, U.S. senators noted something curious: The original draft of the bill did not limit marriage to two people. While one provision mentioned “2 individuals,” another section of the bill would have amended federal law to say simply “an individual shall be considered married if that individual’s marriage is valid in the State where the marriage was entered into,” with no numerical limit.

The bill’s chief Republican sponsor, Senator Susan Collins (R-Maine), chalked the oversight up to a “drafting error,” though she admitted “the language needs to be clarified” that the bill does not permit polygamy/polyandry. The authors said, in effect, they intended to redefine the most fundamental institution in human society, just not quite that far. Again, legal scholars say the new legislative patch sewn into the old garment of the RFMA failed to fix the problem. The “clarified” final draft of “the bill leaves open the possibility that one person can be in multiple two-person marriages at the same time, which would trigger federal recognition if a state legally were to recognize such consensual, bigamous unions as separate family units,” noted the Heritage Foundation’s Roger Severino. Nonetheless, Senate Majority Leader Chuck Schumer (R-N.Y.) exclaimed “Praise God!” as President Joe Biden signed the bill into law last December 13. That would not be the bill’s only oversight.

The Respect for Marriage Act makes a second appearance, as the bill’s authors also ignored all concerns about religious liberty. Despite years of litigation aimed at bringing Bible-believing Christians to heel, and warnings that the bill will usher in “a new era of oppression” of Christians like Masterpiece Cakeshop owner Jack Phillips, Senate Democrats only entertained the notion of a religious protection amendment as a fig leaf for wavering Republicans. They insisted they did not mean to wage culture war against believers; they just crushed your religious freedom all accidental-like. Once again, the “cure” proved inadequate, as the Senate rejected Mike Lee’s (R-Utah) amendment in favor of an irrelevant and legally ambiguous substitute.

Like Holmes, we can deduce from these silences that when social liberals ponder transforming life, marriage, and society, they give not one thought to the lives of newborn children, the nuclear family, or a Higher Power (Who, in His sovereignty, might restrain and hold them accountable for their actions). Their ideological fever to revolutionize everything from marriage to human nature blinds them to any negative consequences — or convinces them these results will be tolerable, even desirable.

That analysis would explain how Democrats omitted the word “God” from their 2012 platform and then booed when His Name was restored. It might make clear why candidate Joe Biden referred to the benevolent Creator as “you know, The Thing,” apparently likening Jehovah to a 1950s monster movie — much as the man most responsible for inflicting Biden on the nation, Barack Obama, regularly elided the Almighty from his quotations of our founding documents (which Obama demeaned as “the fundamental flaw of this country that continues to this day”).

A platform that doubles as a photographic negative of God’s Word might offer some insight into why the Left “did not like to retain God in their knowledge” (Romans 1:28).

Such hostility to the God of the Bible has led liberals into the legislative wilderness for two more years. One of the most overlooked upgrades the Republican congressional majority will have over previous management has gone unappreciated: Even the quality of legislative errors will improve.

The Democrats’ radical “oversights” should also warn every thoughtful statesman against hastily voting for any bill promoted by social liberals, lest they risk placing their own stamp of approval on polygamy, atheism, infanticide, or other evils they cannot see while blinded by left-wing bias.

Finally, the fact that many of these oversights come as news, even to well-informed conservatives, serves as an eloquent indictment of the nation’s Christians. It is not merely Sherlock’s dog that held its peace. The prophet Isaiah condemned the inert watchmen of his day as “blind,” “ignorant,” “greedy,” and “dumb dogs [who] cannot bark; Sleeping, lying down, loving to slumber.” They “have no understanding” and look only unto their “own gain” (Isaiah 56:9-12; compare with John 10:11-12).

Like the self-serving shepherds of Isaiah’s day, too many people who know better did not expose the implications of these bills for the sake of political favoritism, for fear of offending the Facebook algorithm (and its sweet, remunerative traffic), or sheer timidity. Some modern evangelicals also love dreams — fantasizing of being hailed as the “reasonable” and “winsome” Christian, of their leftist overlords granting their children a safe haven from endless culture wars, even of being invited to “a seat at the table” to carve out their rights as an ideological minority. They may have even been promised these things — but then, empty promises were the one thing the devil never lacked.

The other side’s silences show their fealty to their masterplan. Let our speech prove our fidelity to our Master’s plan. Now is no time to remain silent.