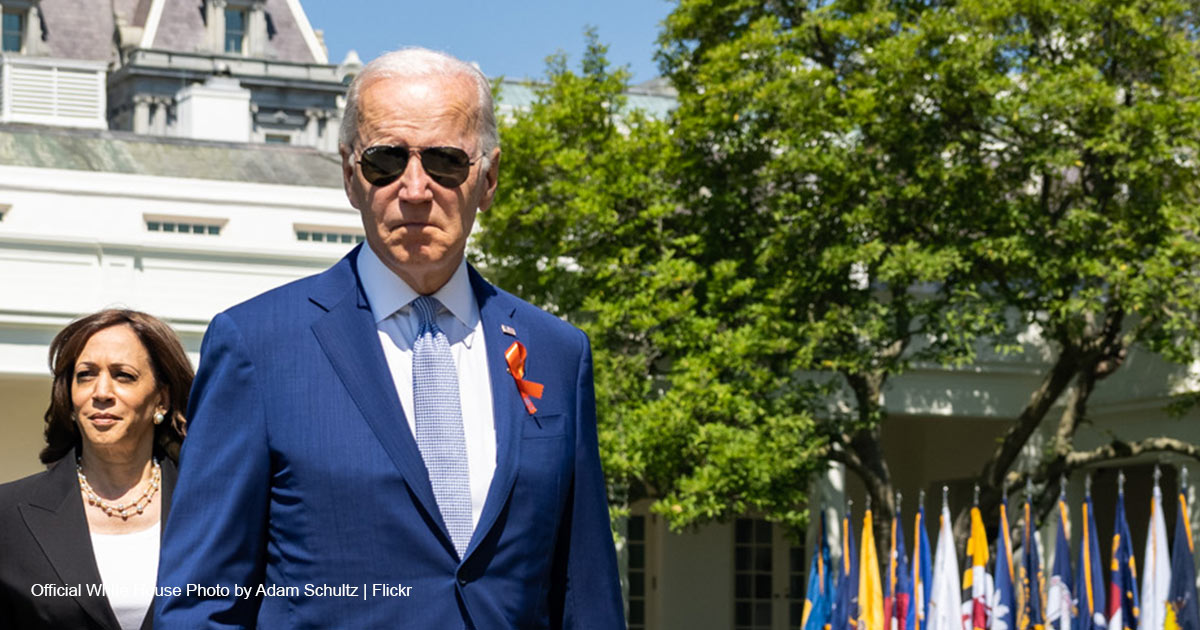 In a blockbuster exclusive, The New York Times has revealed the president is following an obscure White House figure’s three-word plan to help Democrats win the midterm elections. This official believes the president can overcome the fact that weary Americans say his policies worsened the economy — and overwhelmingly oppose his party’s radical proposals to pack the Supreme Court or replace incumbent Democrats with more progressive challengers — with the one thing voters find irresistible: “free” money. The president, he said, should target economic incentives and taxpayer-funded handouts to bolster Democrats’ electoral prospects. “We will spend and spend, and tax and tax, and elect and elect,” said Harry Hopkins of the Works Progress Administration.

To be fair, the Times published that report about President Franklin Roosevelt’s New Deal in 1938, four years before Joe Biden’s birth. But 84 years later, Biden has repackaged Hopkins’s handouts.

The president believes he can stem the big red wave with a dam of taxpayer funds. Unlike 1938, this president makes little secret of his designs. But, as with the New Deal, his short-term strategy will have disastrous long-term consequences.

“Gas prices have fallen every day in the last week,” boasted Biden on Wednesday, as he announced he will release another 15 million barrels of oil from the nation’s Strategic Petroleum Reserve (SPR). Lawmakers established the SPR in 1975 to protect America from embargoes or wars, but Biden has compounded the national security threat by draining it to conceal the cost of his misguided campaign promise to “end fossil fuels.”

President Donald Trump handed Biden the keys to the Strategic Petroleum Reserve with virtually a full tank: 638 million barrels. Last week, it had 405 million, and falling. Biden has siphoned off more than a third of the SPR since he took office, reducing it to its lowest level since 1984.

The Biden presidency could be summed up in a Proverb, “There is desirable treasure and oil in the dwelling of the wise, but a foolish man squanders it” (Proverbs 21:20).

Members of both parties acknowledge the political motivations behind Biden’s actions. “What the president and his advisers are trying to do is simply drive down the price of oil to win a midterm election and, in so doing, putting us in a very vulnerable position from a national security standpoint,” said former California Assemblyman Chuck Devore, who now works at the Texas Public Policy Foundation, on “Washington Watch with Tony Perkins.” Privately, Democrats admit the bribe’s political motivations. MSNBC’s Chris Hayes openly announced “keeping gas prices low is key to preserving and strengthening the future of Our Democracy,” which is imperiled if voters democratically elect candidates Mr. Hayes dislikes.

Yet another bribe comes in the form of Biden’s student loan bailout, which would force taxpayers to pick up the not-inconsiderable tab to “forgive” up to $20,000 of student loans for certain borrowers. Although the national deficit reached an unprecedented $31 trillion this month, the government has proactively contacted eight million people who may qualify — potentially another form of government-funded propaganda. This handout will disproportionately benefit wealthy college graduates, both key Democratic constituencies. The application makes clear federal funds will flow to those who earned up to $125,000 a year in either 2020 or 2021; if your income qualified one year, the sky’s the limit the next. Once again, Biden uses taxpayers’ resources to paper over a problem of the Obama-Biden administration’s own making.

Not only are these policies Biden bribes; they are mirages. Despite the president’s promises, voters will not receive even the short-term benefits of either policy. Millions of barrels of oil from the Strategic Petroleum Reserve went to China and ports overseas. That may explain why, despite the massive release, gasoline prices began rising on September 21, and drivers are paying 22 cents a gallon more this month than last month. Overall, gas prices are up $1.50 a gallon since Biden took office.

The charade is so transparent that Biden has already signaled he has no trouble with prices soaring after the election. The Saudi Arabian government confirmed that Biden asked OPEC+ to postpone its decision to cut its oil supply by two million barrels a day until after the midterms. Worse, Biden’s policies guarantee worse gas pains. Higher gas prices are the known and intended effect of America’s “incredible transition” to renewable energy. On Wednesday, while Biden insisted his SPR depletion is “not politically motivated at all,” he reaffirmed America will “keep moving in the direction of … alternative energy.” Once he has enough congressional support to continue operating with impunity, the Biden bribe will disappear.

Nor is it likely Americans victimized by our rigged system of government-run student loans will ever receive the Biden bailout. No president has the constitutional authority to unilaterally cancel student loan debt. Last year, the Department of Education admitted the executive branch has no “statutory authority to cancel, compromise, discharge, or forgive” all student loan debts. This week the Cato Institute sued the Biden administration to stop the unauthorized giveaway, a move already taken by six state attorneys general. A judge will almost certainly strike down Biden’s executive fiat, just as courts overruled his eviction moratorium. Voters hoping to cash in on the Biden bribe will find themselves empty-handed before and after the election.

The Bible consistently warns rulers against taking kickbacks and payoffs. “You shall take no bribe,” Moses explains, “for a bribe blinds the discerning and perverts the words of the righteous” (Exodus 23:8). Christian voters must understand, under the U.S. system of government, we are the nation’s rulers. Thomas Jefferson wrote that the new form of government had been “dictated by the wisdom, and resting on the will of the people.” Thus, we must reject economic inducements to bribe us with our own money. If we do so, Jefferson predicted, the popular vote “will peaceably dissipate all combinations to subvert [the] Constitution.”

So they did in 1938. Despite the Hopkins handouts, voters handed FDR the biggest midterm loss of the 20th century: 72 seats in the House and seven in the Senate. While the rebuke did not end his presidency, it reined in his peacetime launch of new government programs and halted his tinkering with a co-equal branch of government (although the damage was already done). Voters strengthened the Constitution and stifled the New Deal’s imperious autocracy by rejecting taxpayer-funded bribery. The question facing America in the next election is: Do voters have the moral fiber to do so again?