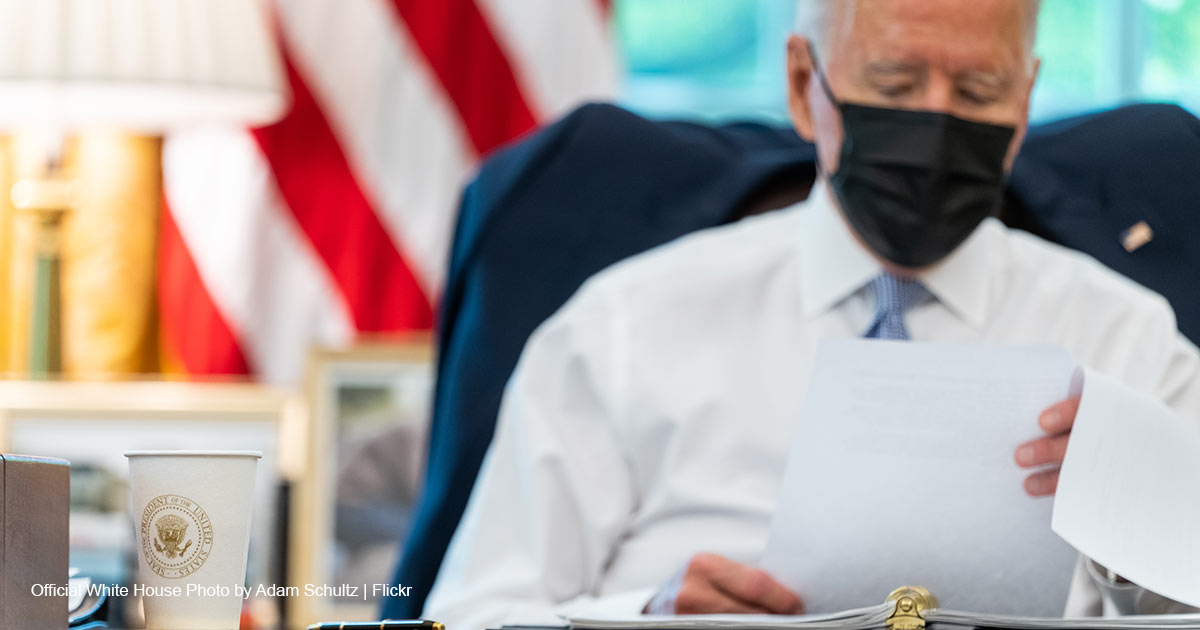 Even as officials continue to count the ballots in midterm races, President Joe Biden admitted voters should not “expect much of anything” on his signature campaign promise to codify Roe v. Wade into law, admitting he lacks the votes. At the same time, two federal courts have blocked Biden’s student loan bailout, effectively hamstringing two issues that fueled his unexpectedly successful showing last Tuesday.

A reporter asked Biden during a diplomatic trip to Indonesia on Monday, “Mr. President, what should Americans expect from Congress as it relates to abortion rights after the midterms?”

“I don’t think they can expect much of anything,” replied Biden, “other than we’re going to maintain our positions. I’m not going to get into more questions. I shouldn’t even have answered your question.”

That undercuts the Democrats’ key promise of the midterm elections, which Biden echoed beginning the day after the Supreme Court’s landmark Dobbs ruling. “This fall, Roe is on the ballot,” Biden stated. In September, Biden told the pro-abortion National Education Association, “If you give me two more Democratic senators in the United States Senate, I promise you — I promise you we’re going to codify Roe. We’ll once again make Roe the law of the land. And we’ll once again protect a woman’s right to choose.”

By last month, he vowed, “The first bill that I will send to the Congress will be to codify Roe v. Wade. And when Congress passes it, I’ll sign it in January, 50 years after Roe was first decided the law of the land.” The bill Biden touted, (H.R. 3755), which supporters dub the “Women’s Health Protection” Act, would go well beyond codifying Roe v. Wade, striking down nearly every state pro-life protection.

As of this writing, experts project that the Democratic Party will maintain control of the U.S. Senate but lose its slim majority in the House, which passed the WHPA this summer.

The Biden administration also lost two legal rulings on the president’s student loan bailout in the span of four days.

Last Thursday, U.S. District Judge Mark Pittman, a Trump appointee, ruled that, under the U.S. Constitution, the executive branch “must have clear congressional authorization” to enact such a sweeping program. Yet the law the Biden administration cited, the Covid-era HEROES Act, “does not provide the executive branch clear congressional authorization to create a $400 billion student loan forgiveness program.” Secretary of Education Miguel Cardona immediately asked the Justice Department to appeal his decision.

The Biden administration suffered another defeat in a separate case on Monday, as the Eighth Circuit Court of Appeals issued an injunction against the program until it rules on a case brought by six state attorneys general.

The Department of Education removed the application for student loan “forgiveness” last Friday, just three days after the midterms. “Courts have issued orders blocking our student debt relief program. As a result, at this time, we are not accepting applications,” the DOE website informed young voters.

“How many young voters went to the polls Tuesday thinking their loans would be cancelled?” asked Rep. Lance Gooden (R-Texas).

Should Biden fail to deliver, it would deflate many Democratic midterm voters. Abortion came in a close second to inflation as voters’ top concern, according to CNN exit polls. Democrats enjoyed an 11-point advantage over Republicans on the issue.

“The @POTUS kept his promises to younger Americans (with action on climate change, student loans, marijuana reform, etc.), and they responded with energy and enthusiasm,” tweeted White House Chief of Staff Ron Klain after the election. “The role of young people in this election cannot be understated. Turnout delivered on many of these races,” agreed Rep. Alexandria Ocasio-Cortez (D-N.Y.).

“The student loan scam was cheese on a mouse trap and Gen Z fell for it,” said a Twitter account named “End Wokeness,” which has hundreds of thousands of followers. “And just like that, promises of ‘student loan forgiveness’ magically disappeared!” added the Libertarian Party, adorning its tweet with a magic wand.

Biden administration officials are now considering whether to extend the student loan moratorium, which began during the COVID-19 lockdowns, beyond the end of the year.