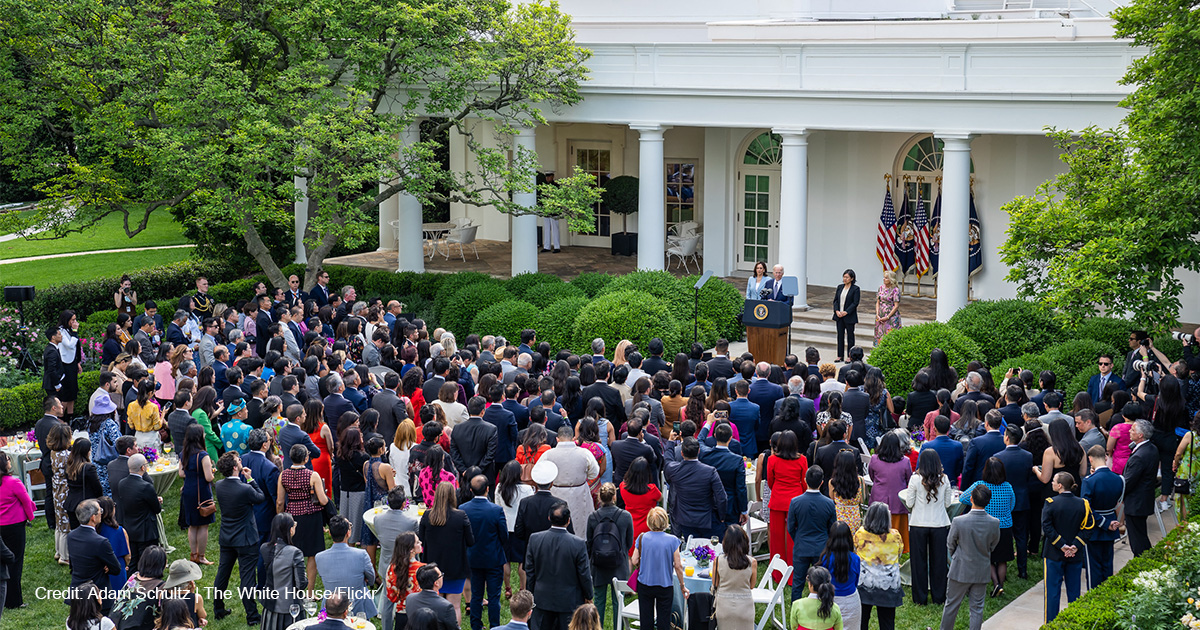 The U.S. economy has contracted for two solid quarters, the benchmark most economists use to define a recession. While Biden officials desperately spin the media that that this does not constitute a recession according to “the technical definition,” their hair-splitting arguments do not matter to working people. Take Anna Walker, a 50-year-old DoorDash driver in southern California who feels like Bidenflation has left her and 11-year-old daughter teetering on the brink. “The minute my car breaks down, I’m going to be homeless,” she told The New York Times.

Unfortunately, America is a country of 329 million Anna Walkers. As far back as May, 57% of Americans said their personal finances have suffered. Every month inflation for consumers and producers alike break records set the previous month — figures reporters inevitably describe as “higher than expected.” If anything, these dry statistics understate the case, since groceries and energy prices increased at an even higher clip. The cost of gasoline — the gasoline Anna Walker needs to keep her car running — has nearly doubled since the day Biden took office.

No wonder USA Today reported Thursday morning that five times as many Americans say the nation is on the wrong track than believe we are doing well. Worst of all, through their struggling and pain, they feel abandoned by their leaders. Less than one-third of Americans (31%) believes “Joe Biden has had the right priorities” during his presidency.

In June, a White House spokesperson described the president as “laser-focused” on LGBT issues. The Biden administration is “pulling every lever to advance LGBTQI+ equality [read: political favoritism and special rights] and with the urgency that this moment demands,” Assistant Press Secretary Kevin Munoz told a left-leaning website. He added the administration knows there is a need for “Washington to do more” about such niche concerns as drugging minors with cross-sex hormones.

Biden sides with the fringe on abortion, as well. After the Supreme Court overturned the Roe v. Wade decision, Biden deemed it “essential” to “progress” toward the goal of taxpayer-funded abortion through all nine months of pregnancy — a position favored by less than one in five Americans.

Backing the most extreme cause, and ignoring everyday Americans, marks every facet of the Biden administration. As COVID-related learning loss has caused 35% of children in kindergarten through second grade in some areas to fall “below benchmark” in reading (placing them at “high risk for persistent reading difficulties”), the Biden administration celebrates, confers, and kibitzes with both major teachers unions, whose influence is most responsible for those lockdowns. The Los Angeles Times reported that the Biden “administration has tried to regain its footing by reminding voters about the $122 billion” in education funding in the American Rescue Plan — which Biden gave to the same teachers and administrators who indoctrinated their children, cut off their microphones at school board meetings, and reported them as domestic terrorists.

As a record-breaking 107,000 U.S. citizens died from overdoses from illegal drugs, largely from fentanyl which is produced in China and smuggled by Mexican cartels over the open southern border, Biden has virtually ended deportation — but cracked down on Border Patrol agents it falsely accused of whipping Haitian illegal aliens. Axios reports that Biden officials now plan to give illegal aliens a government ID card allowing them to “access housing, healthcare, transportation, and other [taxpayer-funded] benefits.” That will, in turn, fuel more illicit border crossings, which are facilitated by the cartels. “It’s almost like the federal government is participating in organized crime. … Not almost; they are,” Texas Attorney General Ken Paxton told Perkins.

As Americans paid $5 a gallon for gasoline thanks to the Democrats’ unpopular anti-energy policies, Biden sold off 145 million gallons of gasoline from the U.S. Strategic Petroleum Reserve — including 20 million more gallons he announced this week — more than five million barrels of which benefited consumers in China and Europe. At least a million barrels went to a Chinese subsidiary linked to Hunter Biden. The elder Biden ran the reserve down to its lowest level in decades while helping the Chinese Communist Party’s aims, harming national security twice over.

The Left’s disdain for average American concerns is far from confined to the executive branch. This month, multiple committees in the House and Senate chose to schedule five hearings on abortion within seven days. Their witnesses accused Sen. Josh Hawley (R-Mo.) of “violence” for refusing to say men can get pregnant and called abortion an act of “liberation.” Speaker Nancy Pelosi (D-Calif.) then rushed through the House two abortion bills, a bill redefining marriage, and another combating a non-existent threat to contraception. (At least these bills added variety to Pelosi’s 17-and-a-half-month-long focus on a one-day riot at the Capitol.)

Republicans find this a dramatic waste of time. “We should be dealing with the things we care about, which is the runaway gas prices caused by [Biden’s] policy to shut off American energy and this inflation caused by [his] runaway spending,” Rep. Vicky Hartzler (R-Mo.) told Perkins earlier this month. “That’s what you should be fighting for, not death through abortion up to the moment of birth.”

Walker is not a partisan. “I don’t care if the House has more Republicans, has more Democrats,” she said. “I don’t think those people care about us at all, to be honest with you.” She wants her voice to be heard and her issues to be addressed. Here, too, Americans call out to Biden who — like the Lord disregarding the prayers of sinners — turns his ears away from the vox populi.

Some portray this mountain of nonfeasance as proof of Biden’s incompetence: The career politician simply does not understand how to live in the real world. That’s wrong for numerous reasons, not least being that many of these decisions are likely not made by Biden. The truth is simpler: The Biden administration is doing exactly what it intends to do. It exists to promote a radical left-wing ideology, as far, as fast, and as thoroughly as possible.

Its operatives see government as a community organizing operation, seeking to serve their own constituency and entrench their power base. If that hurts Americans who voted for the other party in the process, so much the better. The Left’s ideology and broader policy goals require inflicting harm on America. The Left believes America has historically been the greatest force of racism, sexism, homophobia, imperialism, and capitalist exploitation; therefore, to combat American exceptionalism, liberals must empower rogue states such as Iran and our greatest strategic enemy, China. The party base believes — and its leaders purport to believe — that carbon dioxide and fossil fuels are the twin horses of the impending environmental apocalypse. To stop that, they must make it equally painful for you to pay for gasoline or heat your home. That means while Anna Walker struggles to keep her car in working order and her gas gauge north of empty, Biden officials condescendingly tell her to purchase an electric vehicle.

A heart can only become so darkened through sclerosis: It is too tightly closed around self-interest to let in the light of God’s love, which demands as its price of admission that we love all others. The Bible, which invites us to cast all our cares on Jesus, also instructs us to bear one another’s burdens. “Let each of you look out not only for his own interests, but also for the interests of others,” the Bible commands, because this mind “was also in Christ Jesus.”

A mind may either be pervaded with God’s love or perverted with self-love. The Bible demands circumcised hearts, not circumscribed hearts, because they alone determine whether we treasure heavenly rewards or earthly honors. The Biden administration’s agenda demonstrates which kingdom delights its heart, and we are all paying the price.